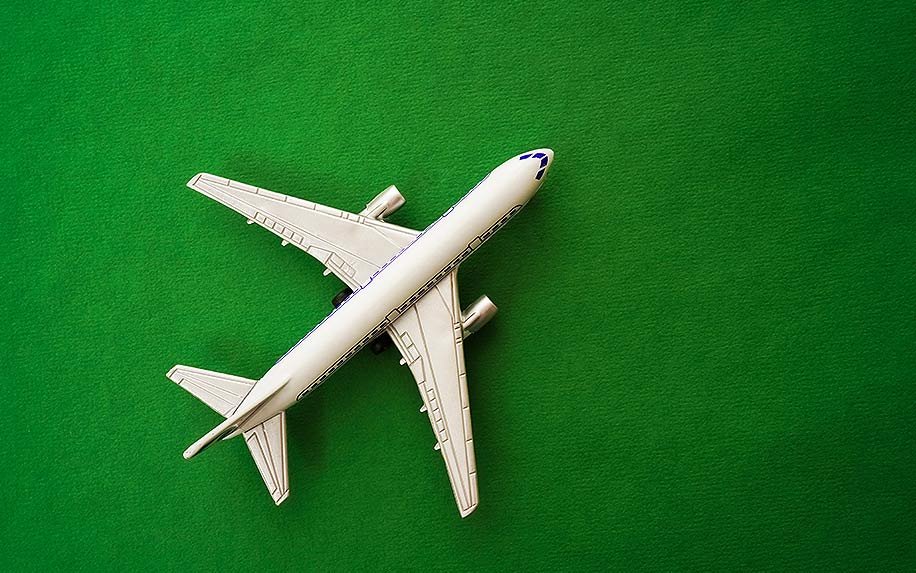 Only CBD products that contain less than 0.3 percent of THC are legally allowed on planes. Image Credit: By maradon 333 on shutterstock.

As CBD and products containing it become more mainstream, increasing numbers of people are wondering if they can pack their CBD tinctures, sunscreens, or other infused products in their luggage when they jet off on vacation without landing themselves on the “no fly” list (or worse). The caution is understandable, but a recent policy change from the Transport Security Administration (TSA) may put their minds at ease.

According to a recent update to the TSA’s website, “Products/medications that contain hemp-derived CBD or are approved by the FDA are legal as long as it is produced within the regulations defined by the law under the Agriculture Improvement Act 2018.” While the new rules stop short of authorizing all types of CBD oil, they do provide a bit of much-needed clarity to a confusing topic.

The TSA’s policies on flying with cannabis and its derivatives have been the subject of heated debate ever since states began legalizing the plant for medical use more than twenty years ago (as many patients can attest to, flying with medical cannabis has always been a bit of a gamble). With the rise of recreational cannabis, things have become even more confusing — for example, arrests at Los Angeles International Airport (LAX) have spiked by 166 percent since the state legalized recreational use for adults, with many people expressing surprise that they weren’t allowed to bring cannabis or cannabis-derived products through security. In May, a 71-year-old woman was arrested at Dallas/Fort Worth International Airport (and spent two nights in jail) after CBD oil was discovered in her bag.

To avoid situations like these, the TSA is seeking to clarify exactly what can and can’t be brought into an airport or onto a flight, in either cabin or check-in luggage. It’s hoped that these new rules will lead to a drop in arrests and an easier journey for everyone involved.

Which CBD Products Are Allowed (and Not Allowed) on Flights?

This doesn’t mean that there’s a free-for-all in place as far as flying with CBD is concerned. The TSA has made it abundantly clear that only certain CBD products are allowed, and only under certain circumstances.

Epidiolex, a CBD-based drug for certain forms of epilepsy, has been allowed on flights ever since it was approved by the Food and Drug Administration (FDA). That part of the rule hasn’t changed, but it has been expanded to also cover other forms of CBD oil that are used for authorized medicinal purposes.

In layman’s terms, this means that CBD oil can be brought onto a flight if, and only if, it is accompanied with an official letter from a doctor. If you have a prescription for CBD, and have kept the oil in its proper packaging, then you’re good to go. Otherwise there’s still a chance, however small, that you might run into issues.

This is, of course, a positive move for patients who are prescribed CBD. However, for the vast majority of CBD users who use it experimentally at home as more of a wellness aid than a conventional medicine, the new rules aren’t quite as permissive as many would’ve hoped — and they still leave considerable room for confusion.

For example, under the current rules, only CBD products that contain less than 0.3 percent of THC are legally allowed on board. Many CBD products can contain more than this, whether for medicinal purposes or otherwise (this was highlighted most recently when Kansas passed a measure that legalized CBD oil with a THC content of up to 5.0 percent for use in patients with debilitating conditions).

It’s not clear how, or if, the TSA would be able to test a product’s THC content at the airport. For now, though, CBD’s users and proponents are greeting the TSA’s decision as a win — and keeping their fingers crossed for more victories to come.