CBD Is Now Illegal in Iowa, But Why? 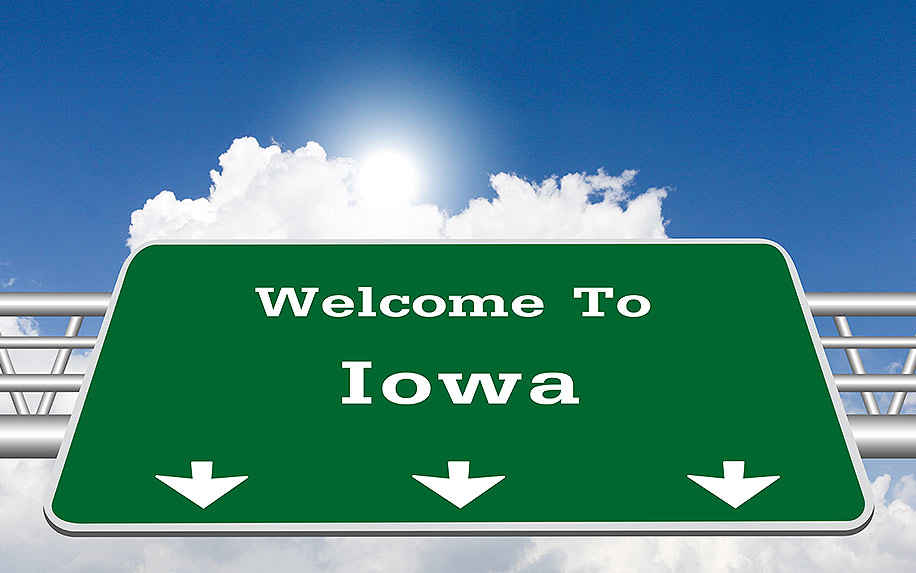 It’s illegal for retailers in Iowa to sell any product which contains CBD. Image Credit: By Farangphoto on shutterstock.

Hemp-derived CBD oil might be legal under U.S. federal law, but politicians and police departments in Iowa aren’t buying it — and now they’re cracking down on those who are selling it, too.

Last week, the Southwest Iowa Narcotics Enforcement Task Force sent out a cease-and-desist letter to businesses selling CBD products, informing them that the products are illegal and their sale should be discontinued immediately. Under the state’s current laws, only five state-licensed “medical cannabidiol” dispensaries are allowed to sell CBD oil in any form. Access to these dispensaries is limited to people who have a doctor’s prescription, which can only be granted for a handful of conditions like cancer, HIV/AIDS, and Parkinson’s.

Under the 2018 Farm Bill, CBD that’s derived from hemp and contains less than 0.3 percent THC is legal at the national level. However, according to a “clarification” from Iowa Attorney General Tom Miller included in the letter, “Because cannabidiol (CBD) is derived from parts of the cannabis plant that are included in the definition of marijuana, CBD is considered marijuana under Iowa Law,” subjecting it to the same prohibitions that apply to drugs like heroin, methamphetamine, and LSD).

This is not the first time that Miller has had to clarify the status of CBD in Iowa. In early July, his office released a near-identical statement that said, “Any product containing cannabidiol is currently classified as a Schedule I controlled substance under Iowa law and is, thus, illegal.” At that time, however, he said that enforcement of the law would be left to the discretion of individual county attorneys.

That appears to be changing now, as the Southwest Iowa Narcotics Enforcement Task Force told businesses that regular compliance checks will be conducted, and any businesses found in violation could be subject to penalties.

In Iowa, a Snapshot of CBD’s Confusing Legal Status

As one undercover officer told Des Moines’ local ABC affiliate, “This wasn’t meant as everybody beware here we come.” Yet in just a few days, the task force paid unexpected visits to over twenty local businesses in the small town of Council Bluffs alone, forcing many of them to remove all CBD products from their shelves.

In the words of one shop owner, “I was very surprised. They served us the letter and said we can no longer carry [CBD products] and that we had to take [them] off the premises, so that’s what we did.”

As Lt. Chad Meyers of the Southwest Iowa Narcotics Enforcement Task Force told local news outlet the Daily Nonpareil, the crackdown was spurred by reports of “oils and edibles containing CBD” from non-licensed sources. Other jurisdictions, most notably New York City, have also recently cracked down on CBD edibles under increasing pressure from the Food and Drug Administration (FDA), which hasnot yet approved the cannabinoid as a food additive.

However, other states and cities have responded to the FDA’s foot-dragging by creating their own sets of CBD regulations — a path that Iowa appeared to be following when Governor Kim Reynolds (R) signed the Iowa Hemp Act earlier this year, which would have legalized the plant and its products provided they contained less than 0.3 percent THC. The new law isn’t expected to fully take effect until 2020, though, which has left businesses — and their customers — in a bind until then.

In the meantime, Meyers said he hopes he’s heard — and seen — the last of the CBD craze in Iowa. “Our goal is to help retailers understand they can’t sell products containing CBD,” he told the Daily Nonpareil. “We’d be happy if we’re not forced to take any enforcement action — if retailers that have these products would just remove them from their shelves.”