Cannabis: The Least-Polarizing Issue of the 2020 Presidential Race? 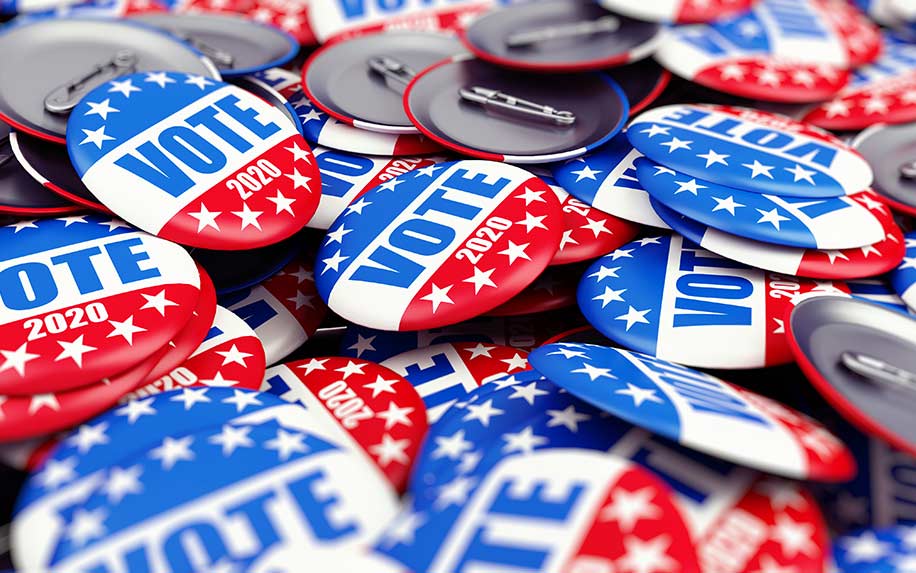 Democrats and Republicans will fight it out over cannabis this presidential election. Image Credit: By 3dfoto on shutterstock

The Democratic Party has never been known for its unity, but among its candidates for the 2020 presidential race, one issue seems to have near-unanimous approval — the legalization of cannabis.

Between these leading Democrats and the pro-or-at-least-not-anti-cannabis candidate currently in the White House, President Donald Trump, it seems likely that whomever wins the 2020 presidential race will keep the U.S. on track for this sweeping legalization.

There’s a reason for the popularity that cannabis legalization shares amongst those who plan to run for president in 2020 — legalization is very popular in the U.S. constituency. In six cannabis-related surveys conducted from February through October 2018, the approval ratings for legalization ranged from 59 percent of those polled to a whopping 66 percent. Notably, the Gallup poll, which has been running for 50 years, registered its first-ever majorities of Republicans and senior citizens in favor of cannabis legalization in its October 2018 iteration. It seems clear that legalization is an issue that can bring people together, especially as Baby Boomers increasingly turn to cannabis derivatives for help with medical conditions and the popular image of “the typical cannabis user” continues to broaden.

The April 2018 Quinnipiac poll, which put the number of pro-legalization Americans at 63 percent, saw a super-majority of those in the 18-34 age range in favor of cannabis legalization, at 85 percent. The poll also rated nationwide approval for medical cannabis at 93 percent, reflecting the all-but-universal acknowledgment of the plant’s therapeutic qualities (even hardline Republican senators have called for more research into its potential benefits).

A January 2019 poll out of Boston University also measured a majority in support of legalization — but this time the survey respondents were all mayors of American cities. In answer to the question of whether “marijuana should be legalized, regulated and legally sold in your city,” 55 percent agreed, 35 percent disagreed, and 10 percent abstained.

You would be hard-pressed to find a Democratic candidate not in favor of some form of cannabis reform. From the Democratic Socialist wing of the party to the more centrist, nearly all 2020 candidates have made moves that indicate they would be open to legalization. But if you look closer, there is some nuance in the field.

With a newly-popular issue such as this, it pays to look at the voting history of those now in favor. While Sanders, Booker, Gabbard, and O’Rourke have all had consistently strong records on cannabis reform, others have only recently put their weight into it. Harris, Warren, Gillibrand and Klobuchar only really began supporting cannabis-related issues in the last few years. As Minnesota’s attorney general, Klobuchar was given a “D” rating by NORML in 2016, indicating a “hard on drugs” stance.

Other prospective candidates haven’t made legalization a big part of their platform. Julián Castro, the former mayor of San Antonio, Texas and the Secretary of Housing and Urban Development under Obama, criticized Jeff Sessions’ handling of the Cole Memo (which said the federal government would not interfere with the rights of individual states to legalize cannabis), but he hasn’t discussed legalization in a broader sense. And the mayor of South Bend, Indiana, Pete Buttigieg, has said nothing at all about the issue.

Republicans Are In Favor of Legalization, Too

On the Republican side, a less radical form of cannabis reform has been occasionally endorsed by Trump. While he has repeatedly backed the right of states to decide their own cannabis policies, he also enlisted former Attorney General Jeff Sessions, who rescinded the Cole Memo, the federal government’s strongest nod to states’ rights in cannabis policy. In addition, the Sessions-era Trump administration produced rumblings of federal action against states that had legalized recreational-use cannabis, though nothing came of the threat.

Since then, Trump’s new attorney general has reinstated the memo, and the president has once again embraced legalization by saying that he would “probably” endorse Warren’s STATES Act, which would turn the current state-respecting guidelines into fully-realized law.

There is one rival candidate on the Republican side, former two-term governor of Massachusetts and the Libertarian Party’s 2016 vice-presidential nominee, Bill Weld. Weld has supported medical cannabis since 1992, and joined the board of advisors of 11-state cannabis company Acreage Holdings at the same time as the former Speaker of the House, John Boehner.