Can You Mail CBD? The U.S. Postal Service Weighs in 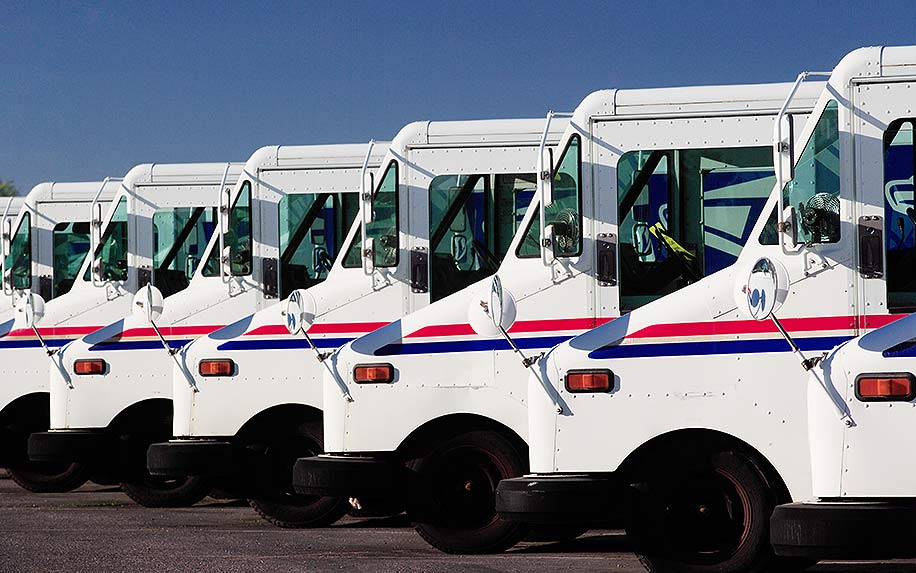 It’s legal to ship CBD products, yes, but the reality is a bit more complicated. Image Credit: By B Brown on shutterstock.

Recently, the United States Postal Service (USPS) published a notice on the correct way to mail cannabidiol (CBD) oil and CBD products. This wasn’t a forward-thinking measure, but rather the result of six months of bureaucratic soul-searching following a federal court ruling to allow such shipments.

It also shouldn’t have been necessary. The 2014 Farm Bill gave clear guidance on the issue of CBD crossing state lines. But seizures of hemp and hemp products have continued in the years since, despite the federal government’s efforts to set up a regulatory system that would protect manufacturers and transport companies.

Before the 2014 Farm Bill, mailing CBD (along with its production, transfer, and possession) was federally illegal. That was why the 2014 legislation created an exception to the Controlled Substances Act for “industrial hemp” — cannabis plants with a concentration of less than 0.3 percent delta-9 THC, grown in compliance with pilot programs also designed by the Farm Bill.

But by 2016 the Drug Enforcement Agency (DEA) was arriving at its own conclusions about CBD, causing confusion both for federal agencies like the Postal Service and the cannabis industry at large. In December of that year, the DEA published a rule called the Establishment of a New Drug Code for Marijuana Extract, which categorized CBD extract —regardless of whether it was derived from hemp or not — as a Schedule I drug under the Controlled Substances Act. The DEA claimed that its ruling also applied to Farm Bill-compliant CBD, and the USPS relied upon this ruling to justify their seizure of CBD products.

But when the Hemp Industries Association challenged the DEA on this, the 9th Circuit Court — the largest court of appeals in the U.S. — ruled that the language of the 2014 Farm Bill anticipated a potential conflict with the Controlled Substances Act, and preempts it.

In the time since, 41 states have created their own conditions for making CBD oil legal, further removing obstacles around the interstate transfer of CBD.

So, Are CBD Products Actually Legal to Ship?

Even though the law is clear on the matter, implementation has been tricky — without the knowledge and tools to determine whether a shipment meets the requirement of containing 0.3 percent THC or less, postal workers have routinely seized and detained CBD shipments.

The case of KAB, LLC v. UNITED STATES POSTAL SERVICE brought this standoff in front of a federal court. On September 21, 2018, Judge James G. Gilbert set a clear a clear precedent that would be applied to future cases, saying, “Congress currently permits the interstate sale, transportation and distribution of exempt industrial hemp pursuant to the most recent appropriations act. I find that exempt industrial hemp and products derived from exempt industrial hemp are mailable.”

Then the 2018 Farm Bill came along, which solidified the legal status of CBD even further — at least on a federal level, though some states continued to resist legalization.

The USPS’s March 4 advisory acknowledges that the Farm Bill is now law, although it also claims that the regulatory framework isn’t yet “fully implemented.” Once the Farm Bill’s directions are realized, USPS says, it will further “modify the mailability criteria for CBD and other cannabis products.” For the time being, legal shipments of CBD must contain a signed self-certification statement, documentation of hemp production license for the state where the shipment is mailed, and a waiver saying the shipment contains a maximum of 0.3 percent THC.

As the Kight on Cannabis law blog says, “The fact is that none of the above is actually required under the 2014 or the 2018 Farm Acts. It is legal to mail lawful hemp and CBD regardless of whether a package containing them has the documentation and information discussed above. However, the USPS appears to be creating a method for allowing more packages to be mailed which otherwise may have been seized or temporarily detained pending further inspection. For this reason, following these guidelines currently appears to be both smart and pragmatic.”

This USPS guidance seems to be an acknowledgement of the gray zone that mailing CBD still occupies. There is no guidance on mailing CBD internationally, and no guidance given for CBD companies that don’t produce CBD extract themselves, and therefore have no hemp production license.

On the Kight on Cannabis entry for the USPS guidance, many commenters are still asking variations on the question, “Can I mail CBD oil?” It seems for now that the best answer is yes — but check to make sure it’s been received.