Can You Fly With Cannabis? Understanding the TSA’s Policies 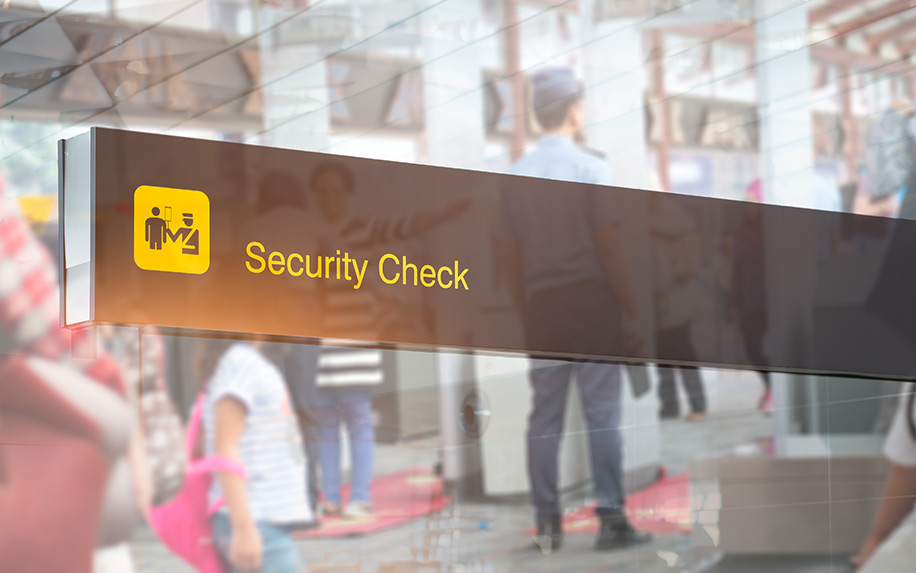 Recently cannabis has been (implicitly and explicitly) not much of a priority for the TSA. Image Credit: By Thaspol Sangsee on shutterstock.

On April 5, 2017, the official government website of the Transportation Security Administration (TSA) changed the status of medical marijuana from prohibited to allowed. The change lasted 24 hours, after which the agency reversed their stance and blamed it on a “computer glitch.” Whether or not this explanation was true, the episode drew increased focus to TSA agents’ handling of cannabis infractions, which have fluctuated between implicitly and explicitly not being much of a priority since.

They’re in a tricky situation, attempting to navigate the laws of an increasing number of states where marijuana is legal (a list that could be growing soon) while respecting the fact that the plant is still illegal under federal law (though this could be changing soon, too). The TSA, as the most visible face of the federal government in the aviation field, has tried its best to stay out of this conflict, by repeatedly declaring that it is focused on security threats above all else. However, with more states legalizing cannabis — and more people using it —it’s getting harder to remain above the fray.

What the TSA Has Said About Cannabis

An Instagram post published August 20, 2018 by the TSA’s web-savvy social media team put the TSA’s practical approach to cannabis as clearly as a government agency is likely to do. Next to a photo of a small amount of seized cannabis and a camping knife, fork, and spoon set, the caption reads: “Our officers aren’t looking for contraband, but if you pack it with a knife or other prohibited item, you might as well stick a fork in it. We’re going to find it.”

Further down the post, the TSA reiterates a position that it’s mostly clung to: “TSA doesn’t have any regulations that address the possession or transportation of marijuana and cannabis infused products, but under Federal law and many State laws, it’s a crime to possess or transport any detectable amount of marijuana… It’s up to the responding officer, not TSA, to determine if possession of the marijuana is authorized under State law, or whether to make an arrest or confiscate it.”

When it comes to flying with medical cannabis (or recreational cannabis in places where it’s legalized), the grey zone only gets greyer. Airports like Los Angeles International Airport, which has legalized recreational marijuana possession on its premises, place TSA officers on the front lines of changes in legality. Still, the TSA has stuck to its stated position.

In response to questions about airport regulations, agency spokeswoman Lorie Dankers said, “TSA’s response to the discovery of marijuana is the same in every state and at every airport, regardless of whether marijuana has been or is going to be legalized. This also covers medical marijuana.”

But What Happens If the TSA Finds You Carrying Cannabis?

Dankers emphasized that the TSA’s “focus is on terrorism and security threats to the aircraft and its passengers. As has always been the case, if during the security screening process a TSA officer discovers an item that may violate the law, the TSA refers the matter to law enforcement. Law enforcement officials will determine whether to initiate a criminal investigation or what steps, if any, will be taken.”

In airports without their own cannabis restrictions inside legalized states, local law enforcement — most likely airport police — will check passengers for compliance with state law. If the passenger being inspected is old enough to purchase cannabis in the state, is in possession of less than the state-mandated maximum and holds any required registration, the officer will probably let them go. There are no statistics on how many passengers in this situation are made to give up their cannabis — airports like Denver International Airport have established amnesty boxes so that passengers can discard TSA-ruled contraband. There is also the possibility that such passengers might miss their flight.

But these situations remain mostly theoretical. In an article in Thrillist, Denver International Airport’s senior public information officer Heath Montgomery said, “When a person is found to have marijuana on them at the TSA checkpoints, a Denver Police officer typically explains the airport’s rules and asks the passenger to dispose of the marijuana. To date, every single person who has been contacted about this has voluntarily complied with our request and either taken it home or thrown it away.” Cannabis possession is against Denver International Airport regulations, though it is legal in Colorado (a fast-growing hotspot for cannabis vacations, yoga retreats, and dining experiences).

“In all of 2015,” Montgomery continued, “the number of people contacted at the TSA checkpoints about marijuana possession was only 29. That was out of 54 million passengers. The numbers have been so small that the police no longer track these contacts.”

With TSA and law enforcement in legalized states both adopting non-confrontational attitudes toward cannabis possession, some people are deciding to take the minimal risk and fly with cannabis in their possession, both to avoid supporting the black market in states where marijuana is still illegal and to ensure their supply of medical cannabis.

In such cases, Thrillist says, one should follow the advice of the TSA Instagram post in making sure the other contents of your bag comply with TSA regulations. As far as where to put cannabis? The article suggests, “Skew closer to ‘in plain sight’ than ‘in a jar of peanut butter’ or ‘bottle of shampoo.’”