Alexandria Ocasio-Cortez Is Leading the Fight for Drug Legalization 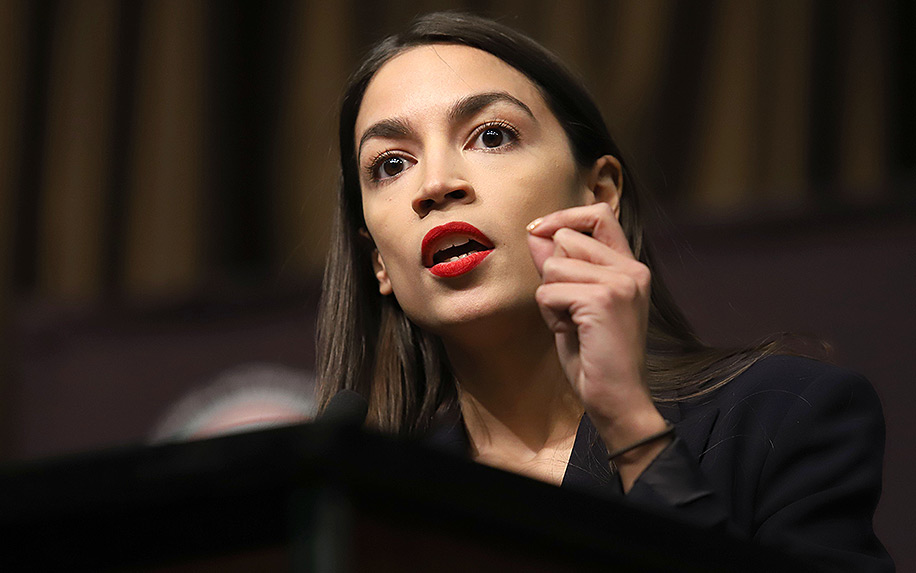 AOC recently submitted a measure that would overturn the policy forbidding research of Schedule I substances. Image Credit: By JStone on shutterstock.

If Congresswoman Alexandria Ocasio-Cortez (D-NY) gets her way, scientists will soon be able to research cannabis, psilocybin, MDMA, and other Schedule I drugs without federal interference.

Ocasio-Cortez, the youngest woman ever elected to Congress, recently submitted a measure that would overturn the policy forbidding federal money to be used for research of Schedule I substances. As Tom Angell reported in Forbes, her proposal notes that scientists and universities have long complained that “provisions like this create [stigma] and insurmountable logistical hurdles to researching” cannabis and psychedelics, which have “shown promise in end of life therapy and treating PTSD.” Both substances have recently made headlines, with Illinois becoming the 11th U.S. state to legalize recreational cannabis, while Denver, CO and Oakland, CA became the first U.S. cities to decriminalize certain psychedelics.

This is the first major public statement Ocasio-Cortez has made about psychedelics, but she has been an outspoken advocate for cannabis legalization throughout her brief political career. Just after the 2018 midterm elections, Ocasio-Cortez cooked a black bean soup on her Instagram Live video feed and talked policy with thousands of viewers.

Cannabis prohibition, she said in response to a comment, is a tool used in the oppression of people of color — and she wants to get rid of those tools.

As Ocasio-Cortez, nicknamed AOC, said in the run-up to her election night, she thinks that cannabis legalization is a non-issue: it’s the social and economic ramifications that come with reversing this historical injustice that deserve the most attention. When she ousted 20-year incumbent Joe Crowley, once said to be in line for the House speaker role in Congress, she emphasized ending the War on Drugs as a key part of her platform.

Ocasio-Cortez has fashioned herself as a champion of social justice issues like cannabis. She’s sponsored a pair of resolutions known as the Green New Deal which advanced an ambitious social and economic agenda for the United States, and has opposed the Trump Administration and the White House at every turn — notably brandishing a “death stare” at the most recent State of the Union address.

Through it all, Ocasio-Cortez has proven herself a force to be reckoned with — and one who might be a strong ally in the push for the legalization of cannabis and other formerly stigmatized substances.

In her role as a member of the Financial Services Committee, Ocasio-Cortez presided over a February Congressional subcommittee hearing on the subject of banking service rules for the cannabis industry. Before her was African-American cannabis business owner Corey Barnette.

Articulating the fears of many, Ocasio-Cortez said the cannabis industry was “compounding the racial wealth gap right now” by allowing wealthy white-dominated companies to gain an early advantage over “average mom-pop black-owned businesses.”

“Is this industry representative of the communities that have historically borne the greatest brunt of injustice based on the prohibition of marijuana?” Ocasio-Cortez asked Barnette.

In response, Ocasio-Cortez sketched out her support of the type of affirmative action proposed by Sen. Cory Booker’s Marijuana Justice Act, which could help “communities that are most impacted” to “reap the benefits or recoup some segment of costs that they bore in the 90s during the War on Drugs.”

This concern about the disproportionate impact of drug prohibition on the disadvantaged resurfaced in another House Financial Services Committee hearing in May, when Ocasio-Cortez took aim at Department of Housing and Urban Development (HUD) head Ben Carson.

Ocasio-Cortez’s concern was focused on two specific HUD policies: the “one strike” rule, which allows those living in federally-assisted housing to be evicted if they engage in drug use; and the “no fault” rule, which allows someone in federally-assisted housing to be evicted due to drug use by other members of their household or guests — even if the resident was unaware of the activity.

In response to these policies, Ocasio-Cortez has introduced the Fair Chance at Housing Act, a bill that would prevent public housing applicants from being denied due to a low-level drug conviction, among other reforms.

Ocasio-Cortez Has a Vision for the Future of Drug Legalization

It’s fitting that Joe Crowley went on to join the board of cannabis investment firm Northern Swan Holdings Inc. after his upset loss to Ocasio-Cortez — the marriage between the cannabis industry and politically-connected heavyweights has been a frequent target of criticism from both Ocasio-Cortez and her closest advisors.

When she tabbed Dan Riffle, former director of federal policy at the Marijuana Policy Project, to be her senior counsel, it brought his comments on the unhealthy marriage of cannabis business and policy back to the fore.

“The industry’s goal is to make money,” Riffle told International Business Times in 2015. “But from a public health perspective, we might have other goals that are at odds with the industry’s goal of making money.”

Ocasio-Cortez stands opposed to the way that the cannabis industry is attempting to steer legalization through alliances with former politicians like Crowley, Tom Daschle, and John Boehner. Her motivations seem to privilege legalization in itself, rather than the industrial development that many politicians seem to be focusing on.

For example, she recently endorsed Tiffany Cabán in the race for District Attorney in New York City’s Queens County. Cabán’s platform includes the deprioritization of marijuana cases, taking a similar stance to others in her “progressive prosecutor” cadre.

A recent New Yorker profile on Cabán shed some light on this AOC-endorsed approach to cannabis legality. Cabán namechecked Larry Krasner, the progressive Philadelphia DA who shocked the reigning establishment much in the way Ocasio-Cortez did.

“The things that he was running on — everybody wanted to call it radical reform,” Cabán said. “What you learn doing the work if you’re a public defender, or if you’re part of the communities affected by our justice system — it’s common sense.”

For Ocasio-Cortez, “common sense” seems to be the guiding force behind her efforts to impact America’s drug policy: the communities most harmed by cannabis prohibition should be the first ones to reap the benefits of its newfound legalization, while scientists should be free to study the potential benefits of psychedelics for treating some of the most common (and devastating) illnesses of our time. Judging by the initial reactions to her statements, this is a message that resonates with many.