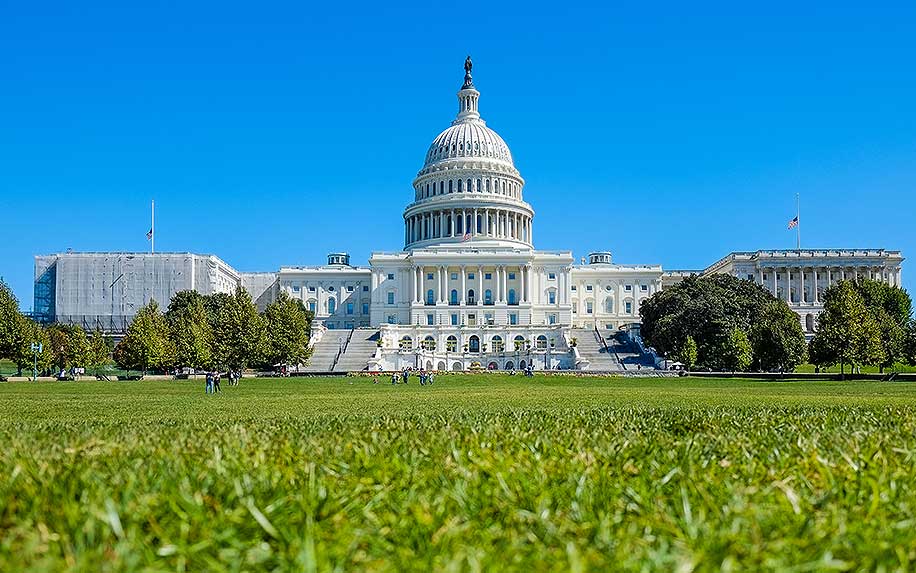 Former FDA commissioner Scott Gottlieb thinks Washington needs to deal with CBD regulation — and he has a plan.Image Credit: By Alessio Catelli on shutterstock.

Former Food and Drug Administration (FDA) commissioner Scott Gottlieb might not have made much headway on CBD regulation while he was in charge of the agency, but since stepping down from his post the erstwhile FDA chief has had plenty to say about the world’s biggest wellness craze.

His most recent missive came in the form of an op-ed in the Washington Post, titled, “The CBD craze is getting out of hand. The FDA needs to act.” Though Gottlieb shouldn’t be blamed for the headline (he almost certainly didn’t choose it), it did come off as a bit strange, considering his own administration handled the issue of CBD like “a bumblebee at a Memorial Day BBQ,” according to a former staffer, dawdling for months — and ignoring the cries for more regulation coming from the cannabis industry itself — until finally holding a hearing in May, whose findings aren’t expected to be released until fall.

Having said that, Gottlieb’s article did lay out an interesting escape route the FDA could use to get itself out of the current regulatory swamp — and relieve the political pressure put upon it by powerful lawmakers like Senate Majority Mitch McConnell (R-KY), who recently told The Hill, “Like my constituents, I am anxious to know the FDA’s plans to ensure public access to safe CBD products.” It involves the piecemeal approval of individual CBD products which would be submitted by the manufacturers, rather than a blanket ruling on their legality or lack thereof.

As Gottlieb wrote, this would allow the FDA to “approve the sale of some CBD products immediately, while effecting a framework for their safe and proper regulation and a pathway for an enforceable market for these goods,” which is exactly what many in the CBD industry claim to want.

It sounds like an intriguing plan, but could it actually work?

On the surface, there’s no reason why it shouldn’t. Under Gottlieb’s plan, CBD manufacturers would submit special applications to prove their products are safe (he used the examples of “new dietary ingredient notifications” or “food additive petitions”), which would then undergo the FDA’s usual tests. Those that passed would be approved for sale to the public, having met “the same standards as any new food ingredients are held to,” as he explained.

Since CBD itself is generally acknowledged to have a positive safety profile — the World Health Organization has recommended all international controls on CBD be removed, saying that it has “no potential for abuse and no potential to produce dependence” — the main function of these tests would be ensuring that the products in question are free of the heavy metals, pesticides, and other harmful chemicals that have plagued the unregulated CBD industry since its inception, damaging consumer confidence and, in some cases, their health as well. In one notable example, a 2018 report from the Centers for Disease Control and Prevention (CDC) found that at least 52 people in Utah were hospitalized after consuming synthetic cannabinoids that had been falsely marketed as CBD.

Presumably, such products would never pass the FDA’s tests, which would make Gottlieb’s plan useful from the standpoint of improving public safety. However, there’s one major issue that his proposal doesn’t address — the problem of scale.

In 2017, an industry expert told the Marijuana Business Journal, “there are likely 50-100 hemp cannabidiol brands, along with hundreds more growers and processors that focus on hemp-based CBD.” Since then, that number has only skyrocketed — while the CBD industry was worth only $367 million in 2017, it’s expected to be worth $22 billion by 2022. With all that new money — and the new companies chasing it, each with their own line of products — it’s not hard to imagine the FDA being deluged with requests for product approvals, which could soon create a massive backlog.

How would the FDA decide which products to test first? How much labor and equipment would the tests require? How long would they take? What would happen to the bigger goal of widespread regulation in the meantime? These questions all go unanswered in Gottlieb’s proposal, but if he wants it to be taken seriously, he should probably start brainstorming.