Why the 2019 “Cannabis in Halloween Candy” Scare Is a Lie 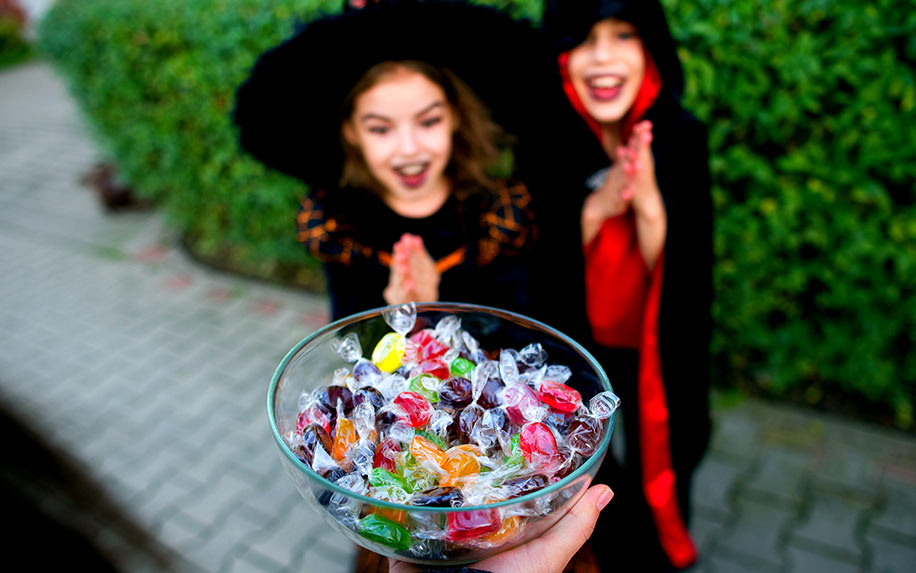 PSA: Your kid’s Halloween candy has not been spiked with marijuana. Image Credit: By unguryanu on shutterstock.

Halloween is here, and for many parents this means it’s time to clumsily carve a jack o’ lantern, throw together some last-minute costume ideas, and get freaked out by scaremongering news reports of cannabis-laced candy being given to their kids. It’s become an annual tradition at this point, and it’s just as nonsensical as ever.

This year’s baseless fear comes courtesy of the Johnstown Police Department in Pennsylvania. Earlier this month, officers confiscated 394 packages of counterfeit Nerd Ropes candies containing THC, the intoxicating ingredient in cannabis, following a drug bust in the area. Ferrara Candy Company, the maker of Nerd Ropes, swiftly issued a statement that the producer of the counterfeit candies “is in no way associated with Ferrara Candy Company.”

Even more swiftly, the police issued a warning to parents on Facebook: “During this Halloween, we urge parents to be ever vigilant in checking their children’s candy before allowing them to consume those treats…Drug laced edibles are package [sic] like regular candy and may be hard to distinguish from the real candy.”

While a Johnstown police captain later admitted to Rolling Stone there was “absolutely no evidence” that this candy was intended to be given to children, he insisted that the department was simply using the opportunity to “raise awareness” about cannabis edibles. Their campaign is in keeping with a long history of such awareness-raising rumors aimed at making parents terrified about the pins, razor blades, meth, ecstasy, and (of course) cannabis that might end up in their trick-or-treater’s candy.

And just like werewolves or vampires, they’re a figment of our collective imagination.

As far back as the 1950s, authorities and “concerned citizens” have circulated myths about the potential dangers of poisoned Halloween candy. As the years went by, the stories grew increasingly gruesome: Hot pennies being put into children’s outstretched hands, pins being stuck into candy bars, razor blades being slipped into apples.

But according to a 1990 study that looked into all of these urban legends, “there were no credible cases of poisoned Halloween candy up to that point.” Instead, the research asserted that these scares were essentially projections of adults’ own insecurities and inadequacies. According to the paper’s author, “For many people, expressing concern for endangered children serves to make fears about their own vulnerability more manageable in the face of larger social crises.”

Cannabis-laced candy scares, which have occurred almost every Halloween since the first states legalized cannabis, are the latest evolution of this lamentable trend. But while Cold War-era rumors may have arisen as a result of subconscious fears about nuclear annihilation or societal unrest, these contemporary warnings about edibles can be linked to anti-legalization activists who fear America’s growing fondness for cannabis.

When Colorado legalized recreational marijuana in 2012, the idea that “deviants would take advantage of the state’s lax cannabis laws to give trick-or-treaters pot-laced candy without their knowledge,” was a major argument of legalization opponents, as reported by Vox.

Two years later, the Denver police put out a video warning parents about the potentially psychoactive nature of their kid’s Halloween spoils. Authorities in other states soon jumped on the bandwagon. In 2015, an ABC affiliate in Los Angeles reported that doctors were “seeing a growing hazard” to children due to the similarities between cannabis edibles and normal candy, and that “the rate of overdoses” was rising because of it. Between 2016 and today, more stories like these followed in states like Oregon, New Jersey, and Arizona.

Still, there are exactly zero cases of kids being poisoned by cannabis-infused Halloween candy.

The closest call (if you want to call it that) came in 2017, when a piece of “marijuana-laced candy” was found in a child’s trick-or-treating loot in Moline, IL. The local police leapt into action to investigate — and soon discovered that the “suspicious looking item” was in fact a normal Japanese candy bar, and the “cannabis leaves” on the packaging were actually those of a maple tree.

But for many parents, fears about THC Tootsie Pops and the like don’t seem that unreasonable, especially if they’ve read the study from earlier this year that found cannabis edibles were to blame for a disproportionately high percentage of cannabis-related emergency room visits in Colorado post-legalization. However, in the unlikely event that your kid does get their hands on a cannabis edible, it’s probably not going to be on Halloween — and it almost certainly won’t be given by a random stranger.

Part of the joy of being a parent is being terrified by every potential threat to your kid — big or small, rational or irrational, likely or otherwise. And while there’s certainly no shortage of things in this world you’d be correct to be concerned over, sadistic neighbors dosing your kids with cannabis chocolate shouldn’t be one of them.

Cannabis Edibles Are Too Expensive to Waste on Kids

It’s no secret that cannabis dispensaries are really expensive, but it’s still startling to see just how much their edibles cost — especially compared to regular candies. For example, a pack of 10 cannabis gummies routinely sells for around $30. That same price will get you about 2.5 pounds of regular gummy bears, or over 300 pieces. Considering that most people won’t even splash out for regular-size candy bars to give trick-or-treaters, it’s ridiculous to imagine that they’d spend $30 a pop just for the privilege of getting kids high.

But what about homemade edibles? Aside from the obvious issues of smell and appearance — if you can’t tell the difference between a cannabis brownie and a regular one, then you’ve never encountered a cannabis brownie — homemade edibles are still cost-prohibitive as a Halloween treat. Most recipes call for at least ⅛ ounce of cannabis to make a single batch, which can cost anywhere from $50-80. Making edibles at home is also complicated and time-consuming: You have to decarboxylate the cannabis and infuse it into butter, which can take hours, before doing the baking itself.

Long story short, nobody’s spending all that time and/or money just to ruin your kid’s Halloween.

Cannabis Edibles Are Labeled and Packaged to Deter Kids

Earlier this month when the Johnstown police confiscated the cannabis-laced Nerd Ropes in Pennsylvania, a representative warned CNBC News, “Drug-laced edibles are packaged like regular candy and may be hard to distinguish from the real candy.”

In the past, that was truer than it is now. In fact, in 2014, Hershey’s sued a Denver-based cannabis edibles manufacturer called Tincture Belle for marketing cannabis-infused candies with packaging that mimicked the brand’s classic candy bars, like Almond Joy (Ganja Joy) and York Peppermint Patties (Dabby Patty), as reported by the Denver Post.

But due to heightened concerns around kids getting their hands on cannabis candy, legal states have begun regulating labeling and packaging of such products much more carefully. For instance, Washington state’s packaging and labeling policies require all cannabis edibles to say “not for kids,” and there are similar laws in place in states like Oregon and Colorado. Maine takes this safety-first focus even further by prohibiting the use of the word “candy” when marketing a cannabis edible.

Additionally, states have gotten serious about child-proof packaging. In Washington state, cannabis edible manufacturers sell their products in thick, individual plastic wrappings, medicine bottles, and other containers that kids can’t easily open. In Oregon, authorities even mandate that edible makers refrain from using child-friendly colors or images on their products — according to state regulations, packages that “may appeal to kids are prohibited.”

So, even in the extremely unlikely event that a Keef Kat bar makes its way into your kid’s candy sack, there’s little chance that you — or your kid — would mistake it for a regular Kit Kat. It’s still a good idea to teach your child about the risks that consuming cannabis can pose, and to check their candy before they dig in, but save yourself the stress and don’t panic about that normal-looking Mars Bar.

Here’s the good news: Nobody’s going to give your kid a THC sucker this Halloween. Here’s the bad news: They’re more likely to find one of yours at home, at any point during the year.

According to a 2015 study in the journal Clinical Pediatrics, while it’s rare for young kids to be exposed to cannabis, when it does happen it’s usually the result of them “[exploring] their environments by putting items in their mouths, and foods such as brownies and cookies are attractive.”

Older kids are less likely to wander around the house putting random items in their mouths, but in any case, the solution is the same: Talk to your kids about cannabis, and lock up your stash.

Neither of these steps are particularly tough to take. Having a conversation about the risks of underage cannabis use might seem daunting, but your kids will appreciate your openness and honesty — the “just say no” spiel never works, anyway. And investing in a lock for your medicine cabinet or (if you’re feeling fancy) a biometric safe is an easy way to keep your cannabis out of reach from especially snoopy kids.

Of course, if you suspect your kid has somehow gotten into your edibles, don’t take chances. Monitor them closely (look for symptoms like red eyes, uncharacteristic drowsiness, problems balancing, or a racing heartbeat) and call poison control or 911 if they seem unwell.

The Bottom Line on Cannabis Edibles in Halloween 2019

As Joel Best, the nation’s preeminent researcher on Halloween candy contamination (yes, seriously) told Vox, “I’ve done research, and I can’t find any evidence that any child has been killed or seriously hurt by any candy picked up in the course of trick-or-treating. My view is this is overblown. You can’t prove a negative, but it seems unlikely.”

If you’re still concerned about your kid’s safety while trick-or-treating, your best option is to go around the block with them and go through their candy once they return. Use common sense and pick out candies that are unwrapped, partially opened, or labeled suspiciously. In short, do all the things you’d normally do as a responsible parent, and let your child enjoy their (untainted) spoils in peace.

And the next time you read a breathless news story about nefarious hoodlums putting cannabis in Halloween candy, remember that the threat is about as “real” as the Headless Horseman.