Why CBD Is Stirring Debate in Yoga and Meditation Communities 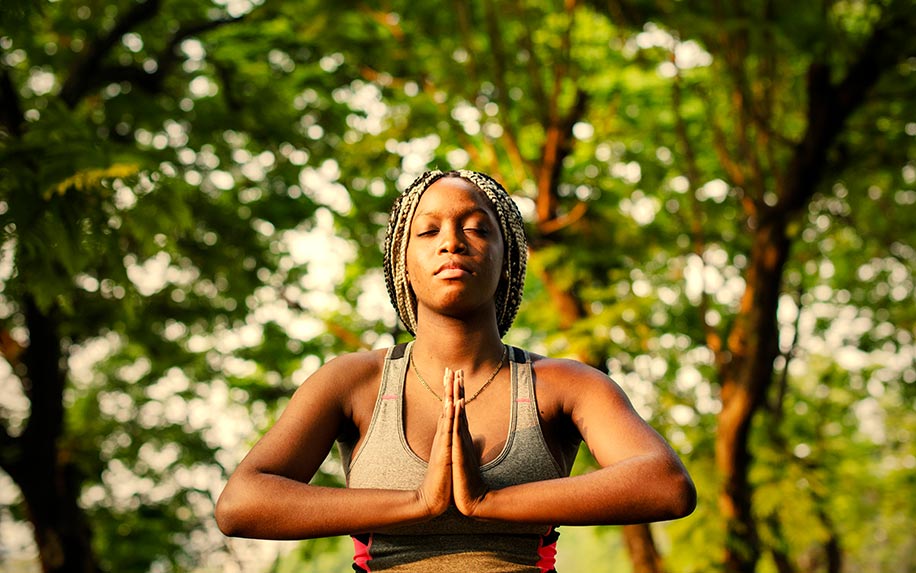 Many of those in the yoga and meditation community have very different views on CBD oilImage Credit: By Rawpixel.com on Shutterstock

Yoga and meditation have always attracted people interested in living calmer, happier lives. In recent months, many of those same people have discovered CBD, the non-psychoactive cannabis derivative that’s been hailed as a panacea for the anxiety and unease of our times. The ensuing convergence of these two popular trends has divided the yoga and meditation communities as they try to parse how — or if — CBD should be integrated into the practice.

To a certain extent, it’s already happening. CBD-enhanced yoga classes are increasingly common in cities across the country, and Buddhist magazines like Tricycle are asking thoughtful questions about using CBD for meditation. Both sides of the debate can sense the gathering momentum, and as CBD becomes more and more ubiquitous (there are currently only three states where you can’t find it, and two of them might be changing their laws soon), it’s not hard to imagine the idea of “boosted” practice being normalized.
But should it be?

The Argument Against Mixing CBD With Your Practice

Those who say “no” usually begin their argument by referring to the Five Precepts, a sacred code of ethics in Buddhist teachings that are intended to guide monks and laypeople in their daily lives. The fifth of these precepts is the avoidance of intoxicants. Critics of CBD yoga and meditation practice include CBD in this category of substances — according to them, even if it doesn’t get you high, it still alters your consciousness and, under the best of circumstances, is little more than a “cheat code” for mindfulness.

This is one of the central aims of any practice, and it’s also one of the most elusive. Mindfulness meditation, in which one focuses on observing (and not controlling) the breath, is a deeply challenging endeavor even for the most experienced practitioner. However, learning how to overcome this challenge is, in the eyes of many in the yoga and meditation communities, the entire point of the practice. Using CBD as a shortcut past the frustration and anxiety would effectively mean that the practitioner isn’t developing the skills they set out to acquire.

Here, it’s important to note that many of the teachers and practitioners who take this view aren’t opposed to CBD on principle — they just don’t believe it should be used to boost the practice. According to yoga teacher Betsy Kase, who sells the oil at her own studio, CBD can be a useful tool for people who otherwise would be unable to make it through a yoga or meditation class, in much the same way as a cushion or block. But she draws the line at dosing before classes, saying, “We could all sit in the lobby and get high before we meditate. But why are we doing that? What is that about? They’re making a novelty out of it.”

However, not everyone agrees. At the moment, it’s certainly trendier to say that CBD could play an important role in yoga and meditation.

Supporters believe that CBD’s ability to calm the mind and reduce anxiety could be a useful complement to the practice. While some teachers say that “lack of time” is a much more common obstacle than anxiety, CBD’s ability to treat anxiety symptoms could be useful for people dealing with panic attacks or other issues that make a simple meditation class feel like an insurmountable ordeal.

When it comes to yoga, many advocates tout CBD’s ability to combat pain and inflammation. Like any form of exercise, it can be physically gruelling at times, and certain kinds of yoga practice (such as ashtanga) can be much more demanding than others, leaving people feeling sore after class.

Studies have shown CBD to be a powerful anti-inflammatory that doesn’t come with the long list of negative side effects caused by conventional medications. As a result, a growing number of yoga enthusiasts around the country are using CBD to prevent post-practice pain.

Olivia Hsu, a yoga and climbing expert, spoke to Yoga Journal about the role that CBD is playing in her life. “It’s perfect for immediate relief from muscle soreness and the oil is great taken after a workout or in the evening before bed,” she said. “CBD is quickly becoming a key tool in my recovery regimen.”