Why Cannabis Makes You So Thirsty 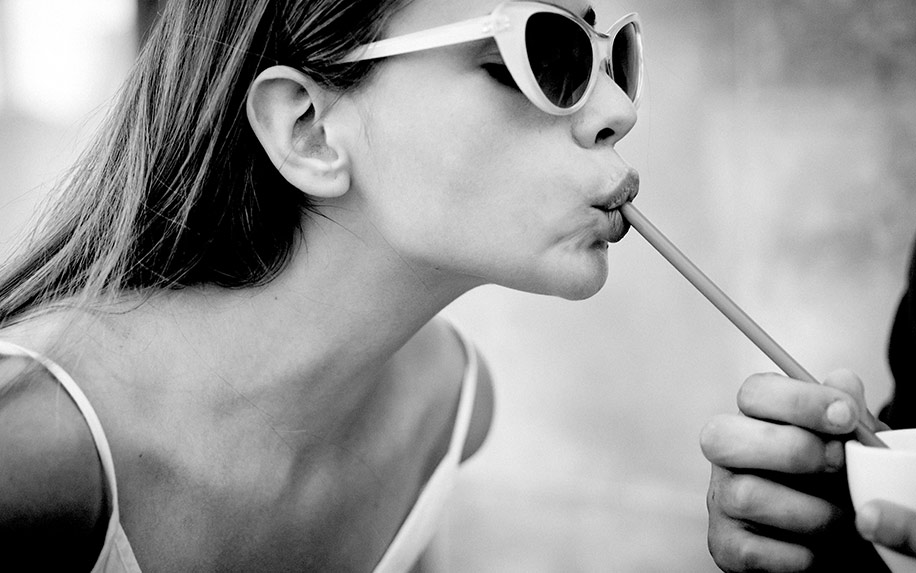 Water is, unsurprisingly, one of the best ways to cure cottonmouth. Image Credit: By miami beach forever on shutterstock.

Whether you’re an experienced cannabis user with a fondness for wax or a novice who just bought their first bag of gummies, there’s a good chance you’ve encountered one of the plant’s most notorious side effects: extreme thirst. This phenomenon is often referred to as “dry mouth” or, more colorfully, “cottonmouth.”

Cottonmouth is exactly what it sounds like — the sensation that every drop of moisture has been sucked out of your mouth, leaving it as parched and desiccated as the desert of your choice (for most people, the Sahara is the go-to option). It’s such a common phenomenon that it features prominently in almost every bit of cannabis-related pop culture from the past few decades, even inspiring the name of a deeply untalented rap-punk group called the Kottonmouth Kings. As you might imagine, it’s nobody’s favorite part of the cannabis experience.

But while everyone with the faintest acquaintance of cannabis is familiar with cottonmouth, few actually understand what causes it, or what its real effects are. On one hand, excessive dryness of the mouth seems like the kind of easily solvable problem that doesn’t merit anything more than a chuckle and perhaps a Big Gulp or two. However (cue the ominous news report jingle), could there be a darker side to this “minor” side effect?

Most of cannabis’ side effects can be linked to its most famous compound, tetrahydrocannabinol. Known to most people as THC, it’s the most common phytocannabinoid in the plant, and it’s also what makes you feel high.

Phytocannabinoids like THC are closely related to another set of chemicals produced in the human body, which are known as endocannabinoids (see the resemblence?). THC, in particular, is similar in structure to an endocannabinoid called anandamide, which is sometimes called “the bliss molecule.” Scientists now believe that anandamide is responsible for the famous “runner’s high,” which might be one of the reasons why cannabis and exercise isn’t as odd a pairing as it might seem.

But that’s not all that anandamide can do. According to a 2006 study, it also significantly decreases saliva production in rats. That’s because, like all mammals (including humans!), rats have cannabinoid receptors located in their salivary glands. Both endocannabinoids and phytocannabinoids can interact with these receptors — and when anandamide comes into contact with them, it shuts off the faucets, so to speak.

Maybe you see where this is going.

The researchers in the study mentioned above were inspired to investigate whether salivary glands have cannabinoid receptors because, in their words, “It is known that marijuana use decreases saliva secretion.” Since THC and anandamide are so alike in their chemical structure and effects, it stands to reason that THC would also have the ability to decrease the production of saliva.

More studies are needed to confirm this, as they often are in the scientific world, but the idea seems clear: THC might give you the munchies, but it also (literally) makes your mouth stop watering.

Can Cannabis-Induced Cottonmouth Be Dangerous?

However, we might want to take cottonmouth a little more seriously, because it can lead to significant dental issues. According to the American Dental Association (ADA), cottonmouth (“xerostomia” in medical lingo) “can contribute to a number of oral health conditions,” like cavities, gingivitis or other periodontal diseases, and oral thrush (aka a yeast infection in your mouth).

This might seem like a disproportionate response to a bit of thirstiness, but it highlights just how important saliva is to your oral health. If you weren’t aware of this before, don’t feel bad — most people have no idea what saliva actually does, either. According to a 2015 review in the journal Nature, “The importance of the salivary glands – and saliva – tends to go unnoticed until the glands malfunction.” It’s only once they do that we realize just how versatile saliva can be. Here’s a quick list of some of its main functions:

So that’s the bad news — cannabis-induced cottonmouth isn’t quite as amusing as it might seem at first glance. But don’t despair, because it’s also not a particularly hard problem to solve once you know what to try (and what to avoid).

How to Deal With Cannabis’ Cottonmouth Effects

Most experienced cannabis users have their own go-to remedies when cottonmouth strikes. As you might expect, some of these are more effective than others, and a few are downright counterproductive. Here’s a quick breakdown:

Things That Won’t Help Get Rid of Cottonmouth

Cannabis beverages might seem like a clever way to feed two birds with one scone (yes, we saw the PETA memes). But while throwing back a cannabis cocktail or two might temporarily wet your whistle, it won’t do so for long — and not only will the THC decrease your saliva, but the booze will present problems of its own.

Alcohol makes you just as thirsty as cannabis, but for different reasons. According to a 2017 paper from Japanese researchers, consuming alcohol activates certain regions of your brain that trigger “[thirst] sensation and oral dryness.”

Coffee, tea, and fruit juice should also be avoided when dealing with cottonmouth. This is because all of these beverages contain tannins, compounds that leave a dry and astringent taste in your mouth (which makes sense, since the plants from which these drinks are made often produce tannins to make themselves less appetizing to predators).

Soda, as you may have heard, tends to be high in sugar and/or caffeine. Both of these things dehydrate you, so when you reach for that ice-cold Coke, chances are good you’ll be reaching for another before long.

Mouthwashes with alcohol, such as Listerine, can give your mouth a fresh and sparkly feeling. Unfortunately, the alcohol and other astringent ingredients in them mean that you’ll be just as thirsty as you were before, though perhaps your breath will smell better.

Things That Will Help Get Rid of Cottonmouth

Water: you really can’t go wrong with the most popular beverage in the world, so long as it isn’t flavored.

Sugar-free chewing gum can stimulate your saliva glands through the act of chewing (this motion also helps release stress, which is one reason CBD gum has become so popular with pro golfers). Plus, the lack of sugar.

Alcohol-free mouthwashes like Closys not only help restore moisture to your mouth, but many also contain ingredients like xylitol that can help protect against tooth decay.

Oral adhesive disks such as XyliMelts are an option for people whose cottonmouth can’t be controlled with conventional methods. These products can be placed on your teeth or gums, where they’ll slowly release ingredients that help promote greater saliva production.

What About CBD? Could That Help With Cottonmouth?

We’ve talked a lot about cannabis and THC in this article, but one thing we haven’t mentioned is CBD. This wildly popular cannabinoid has been one of the biggest trends of 2019, and you’ll now find it in everything from maple syrup to meatless burgers. One of the reasons for its sudden ascent is the fact that it won’t get you high, and as a result, many people are under the impression that it won’t cause any of THC’s other side effects, either.

Unfortunately, that’s not quite the case when it comes to cottonmouth. According to a 2018 survey of CBD consumers, it was the first of five frequently reported side effects.

So if you were looking for another reason to hate CBD sparkling water, there you go.