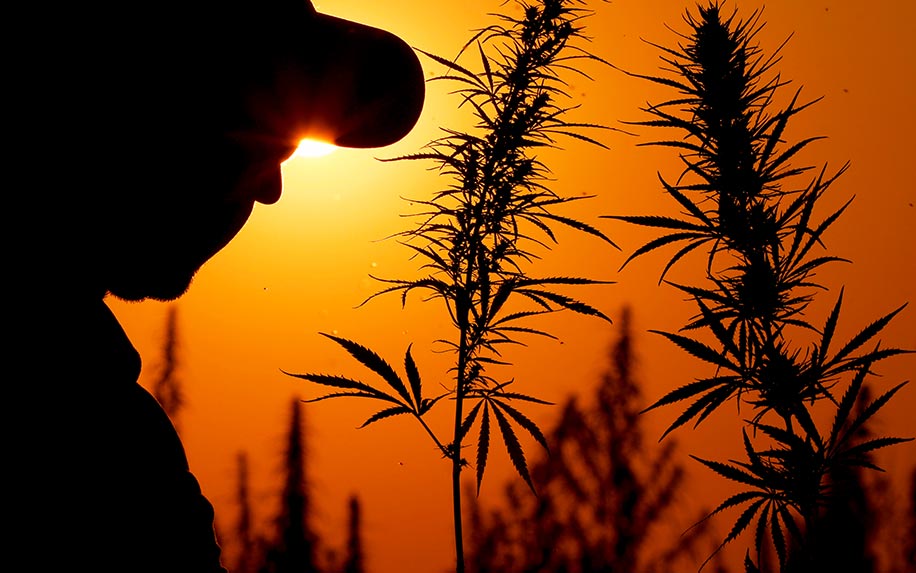 More and more people are smoking hemp, despite its numerous downsides. Image Credit: By Krupnyi Plan on shutterstock.

When the 2018 Farm Bill legalized the production, sale, and use of hemp last year, many news outlets made use of the same lede: “Hemp might look like marijuana, but don’t try to smoke it.” For years, this has been the conventional wisdom among cannabis enthusiasts, many of whom have personal stories about purchasing what they thought was marijuana, only to be disappointed by the realization it was actually hemp. For these older folk, it may come as a surprise to learn that today people are not only smoking hemp (happily), but they’re often willing to pay a premium for it.

The newfound popularity of smokable hemp is even more ironic considering it wasn’t so long ago that hemp advocates were pushing their agenda by insisting that you couldn’t smoke it. “It would give you a headache and that’s about it,” as David Bronner, member of both the trade group Hemp Industries Association and the political action committee Vote Hemp, told Kirk Baird of the Las Vegas Sun in 2003.

While hemp advocates have been touting the plant’s many uses for years — it’s been suggested as a solution for everything from the world’s plastic crisis to its dwindling honeybee populations — they’ve generally tried to downplay its connections to marijuana. Now, they’re in an awkward position: People are using it in much the same way, and they seem to like it.

What Is Smokable Hemp?

Hemp and marijuana both produce flowers, which are sometimes known as buds. In the past, hemp farmers actually tried to minimize their crops’ production of flowers, since these were deemed to be less valuable than the plant’s fibrous stalks (which provide the raw material for industrial products from hemp wood to hemp clothes).

However, hemp’s flowers are also home to the majority of the plant’s trichomes, which produce the resin that’s rich in cannabinoids like CBD. Today, a growing number of hemp farmers are focusing on growing plants for their flowers rather than their stalks to capitalize on the growing demand for CBD, and it looks like this might be a smart move.

“Smokable hemp is a very small part of the hemp and CBD marketplace, but it seems to be the one that’s growing most rapidly,” Jonathan Miller, general counsel for lobbying group U.S. Hemp Roundtable, said to Vermont Public Radio.

According to the market research firm Brightfield Group, smokable hemp is projected to hit $70 million in domestic sales by the end of the year.

Does Smokable Hemp Get You High? Or Sick? Or … Anything?

There’s one part of the old conventional wisdom on smoking hemp that still holds true: It’s not going to get you high. By definition, hemp plants contain less than 0.3 percent THC, which is the compound responsible for cannabis’ intoxicating effects. It achieves this by activating the body’s CB1 receptors, and hemp plants simply don’t have enough THC to flip that particular switch.

As one New York hemp farmer, whose fields have been targeted by thieves on numerous occasions, told CBC Radio in exasperation, “You could smoke a whole telephone pole of this product and you won’t get high.”

However, it’s also probably not going to give you a headache, or an upset stomach, or any other kind of malady. This urban legend is likely based on the fact that people who smoked hemp in the past were trying to smoke industrial hemp, which is mostly stalk as opposed to flower.

And while studies into smokable hemp’s effects are just as scant as you might expect, anecdotal reports suggest it does help many people relax and unwind, whether due to the placebo effect or otherwise. “You get the same taste, the same psychological feeling of smoking a joint, but without the high,” as Charles Peterson, a North Carolina hemp farmer and the head of the National Association of Minority Farmers in Industrial Hemp, told Hemp Industry Daily.

Smokable hemp comes in two main forms, and both of these have become surprisingly competitive categories in recent months:

Oregon-based Tweedle Farms, for example, sells a dozen varieties of hemp flower, most of which range from $6-$9 per gram. For comparison, a gram of marijuana flower tends to cost around twice that price at legal dispensaries. The products, which are available on the brand’s website and other online retailers, can theoretically be shipped legally anywhere in the country (though the company says they include a “Notice to Law Enforcement” in each package, which means you might be in for some questions when the package shows up at your door).

Hemp Pre-Rolls
The vast majority of companies selling hemp flower also offer pre-rolls, which look much like marijuana joints (though they should be smoked more like cigars). Many people find these to be more convenient than loose hemp flower, and they’re surprisingly affordable.

Pure CBD Exchange, a Colorado-based company, sells 12-packs of pre-rolled hemp joints for $50 a pack, with each joint containing around one gram of hemp. If you’re not quite sure you want to commit to a full pack, Oregon’s Plain Jane offers two pre-rolls for just $3 (they’re also claimed to be “nearly odorless”).

Brands making these products, which are widely available online, tend to claim that their products can be legally shipped to all 50 states. However, that’s been a matter of some contention in recent months.

Though smokable hemp is theoretically legal across the country, states like Kentucky and Louisiana have outlawed it, citing the difficulties in distinguishing it from marijuana. Most recently, legislators in North Carolina passed a ban on smokable hemp, though this is expected to be contested in the coming months. Many proponents of these bans say that they’re not opposed to hemp in the form of tinctures, topicals, edibles, or other products, but that smokable hemp is a step too far toward the normalization of marijuana.

However, this may be a case of locking the barn door after the horse has bolted — and there’s a strong legal argument to be made against these laws. In September, a federal judge cancelled Indiana’s ban on smokable hemp, calling it unconstitutional.

Other states have simply thrown up their hands and embraced the new reality. In the wake of the Farm Bill, both Texas and Florida deprioritized enforcement of simple cannabis possession, as factors that once sufficed for probable cause — like odor and appearance — no longer work in the age of legal smokable hemp.

For the time being, smokable hemp seems to exist in the same legal limbo as CBD and marijuana.

A growing number of people use hemp joints or pre-rolls to help wean themselves off cigarettes (or even marijuana itself). The ritual is almost identical, even if the effects aren’t, and many find it more satisfying than using a patch or gum. But for those who aren’t trying to quit a previous habit, smokable hemp also has a lot to offer:

Smoking hemp doesn’t get users high in the traditional sense, but those looking for CBD and other non-intoxicating cannabinoids’ effects appreciate it for its quick bioavailability (i.e. the body’s ability to absorb and process it).

Smoking hemp flower holds the same titration advantages that smoking marijuana flower does — one can monitor intake and effect in real-time, as it is the quickest ingestion method and one without the heavier concentrations that vape oils often carry.

In addition, hemp flower is often the best source for underserved cannabinoids like CBN. Marijuana growers typically concentrate on THC content first and CBD second, but craft hemp growers have been cultivating breeds with emergent cannabinoid profiles that are quickly becoming popular for specific purposes like promoting sleep.

Since it won’t get you high, smokable hemp can offer an opportunity for users to experiment with different cannabinoids with (literally) a clear head.

Smokable Hemp Is Good for Farmers

Growing industrial hemp is a tough game to play — aside from the issues with weather, seed sourcing, and government regulations, there’s also the fact that America’s hemp processing facilities are woefully inadequate. Turning a given industrial hemp crop into “hempcrete” or other products can be more headache-inducing than smoking it, and many farmers are finding that it’s not nearly as lucrative as they hoped.

Smokable hemp offers these farmers a way out, since its price is tied to quality, not quantity (and it doesn’t require the same hard-to-find processing equipment). As Rod Kight writes in the blog Kight on Cannabis, “For many of the same reasons that your local brewery can be profitable despite the existence of multinational beer conglomerates filling grocery stores with cheap lagers, the cultivators and sellers of smokable hemp can be profitable despite the existence of thousand-acre hemp farms across the globe that produce biomass for CBD extraction.”