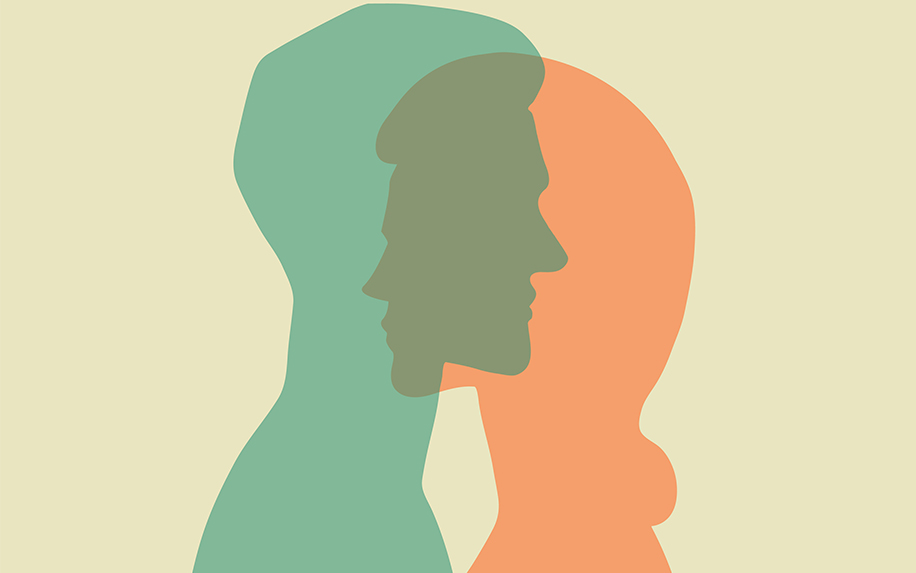 Overall men are still considerably more likely than women to use cannabis. Image Credit: By yurgo on shutterstock.

Recently, Statistics Canada published a new round of findings from perhaps the most authoritative survey series on a country’s cannabis habits, the National Cannabis Survey. As cannabis use has been legal in Canada since the survey started compiling data in October 2018, the stigma and underreporting that affect other cannabis surveys are less likely to affect the National Cannabis Survey — though the data still leaves considerable room for questions.

One thing is becoming clear however: Canadian men are smoking (slightly) more cannabis than women. According to the data, 68 percent of male cannabis users reported smoking the plant, compared with 62 percent of female users.

Overall, though, men are still considerably more likely than women to use cannabis. For the first half of 2019, 21 percent of the country’s men reported having used cannabis, compared with 12 percent of the country’s women. This proportion held true for every age demographic except seniors, who comprise the most rapidly-growing set of cannabis users. The projected increase in users of all ages over the next six months held steady between the sexes at 4 percent.

The survey also found that male rates of using cannabis on a daily or weekly basis are higher than they are for women, and men are also more likely to use cannabis for non-therapeutic purposes.

Women Are More Likely to Use Edibles and Other Alternative Products

At the same time, Canadian women are outpacing men in certain areas of cannabis consumption — using “other products,” such as cannabis-infused edibles and skin creams, at three times the male rate (14 percent vs. 5 percent). And women were also more likely to use socially, with higher rates than men of sourcing their cannabis from family or friends — and not paying for the cannabis they consumed.

So Do Men Really Use More Cannabis Than Women?

Statistics Canada’s survey doesn’t mark the first observation of a gender imbalance in cannabis use — although the scattershot methods of research (which largely depend on self-reporting) and the quasi-legal nature of cannabis itself has made for uneven conclusions. While a survey from cannabis delivery company Eaze found a 3:1 ratio in male-to-female cannabis use, a Cannabis Consumers Coalition survey countered that finding with a 15 percent edge in female-to-male cannabis use.

The trick is that most demographic-oriented surveys are conducted by consumer-facing companies, which means they’re carried out among a limited customer base.

Sometimes, even surveys by the same organization can yield contradictory results. In Australia, government data from 2016 showed that female users were more likely than men to use on a daily basis.

“Women have a higher tolerance so they need to use at higher levels,” Jan Copeland, head of the National Cannabis Prevention and Information Centre, told The Sydney Morning Herald at the time of the survey’s release.

However, this trend has already reversed.

People’s Cannabis Use Could Be Linked With Income Levels

There have occasionally been more wide-ranging surveys on cannabis gender splits — which tend to connect the phenomenon with external factors. One 2016 study, carried out by epidemiologists at the Columbia University Mailman School of Public Health in New York City, found a 2007 inflection point for a steeper growth rate in cannabis use among men, which the study authors attributed to the onset of the Great Recession and rising unemployment rates.

When the study limited its analysis to households earning less than $20,000 annually, it found an even steeper gender split — between 2007 and 2014, cannabis use increased by 6 percent among men in such households, compared with 2 percent among women. This analysis gave support to the longtime assumption that low-income males are a core cannabis constituency.

Men and Women Use Cannabis for Different Reasons

The Australian data yielded a number of interesting findings. One of these was the fact that women have a greater propensity to self-medicate with cannabis than men. “Men tend to use for positive reasons,” Copeland said. “They are having fun, their friends are using, cannabis is available: they just go with the flow.”

Women, she added, are more likely to smoke “to relieve an internal distress situation.”

Cannabis’ anxiety-reducing capacities might also be at the heart of the slight edge in CBD use that a Brightfield Group and HelloMD study found for women, who made up 55 percent of the survey’s 2,400 respondents. Women tend to suffer from anxiety and depression at a far greater rate than men, and are also more sensitive to cannabinoid effects on average, a product of their bodies’ greater density of cannabinoid receptors.