The Pros and Cons of Using CBD as a “Yoga Supplement” 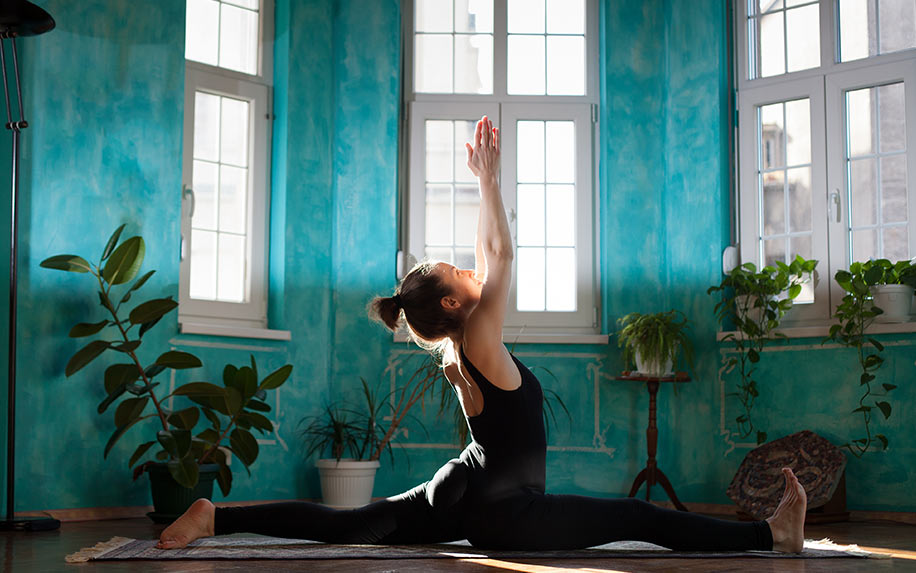 Yoga is partially a psychology and CBD can keep people calm so maybe it is the perfect combination. Image Credit: By aerogondo2 on shutterstock

Yoga and CBD are a match made in heaven, at least according to a cursory Google search. A startling number of wellness gurus are advocating for CBD’s use as a type of “yoga supplement.” This makes a certain amount of sense if you view yoga in the same way as other popular health club classes like Zumba or Crossfit — that is, as a fitness-only endeavor. Exercise buffs have their protein powders and energy bars, so why shouldn’t yogis and yoginis be able to enjoy a little performance enhancement, too?

Well, because that contradicts the whole point of doing yoga in the first place, according to skeptics. As CBD becomes more prevalent, especially among the health and wellness community, yoga teachers and practitioners are trying to answer a modern version of an age-old question: Is there a shortcut to inner peace?

And if so, is CBD the answer?

The Pros of Using CBD for Yoga

Yoga, like all forms of physical exercise, can cause injuries to the body’s muscles and joints. Although it’s generally known as a gentle and relaxing activity — especially traditional hatha yoga, which is where most people start their practice — research shows that common yoga injuries are on the rise (things like pulled hamstrings and lower-back strain), especially in more intensive classes like ‘power yoga’ or bikram (hot yoga) that are tailored for Western audiences.

The challenging asanas, or poses, of these classes can put great stress on sensitive parts of the body. For example, a slight misalignment in the “side crane pose” can strain the knee, causing pain and inflammation. This is where CBD can help, as research shows that it acts as a powerful natural anti-inflammatory. CBD can help relieve the swelling and discomfort caused by minor yoga injuries, and its lack of side effects are another mark in its favor.

CBD is also well-known for its ability to reduce anxiety. Since this is also a common reason for practicing yoga, some people have suggested that combining the two could have a “1+1=3” effect, in which CBD boosts your feelings of calm before class, putting you in the perfect state of mind to practice more effectively.

This is perhaps the most contentious part of the CBD-yoga debate.

The Cons of Using CBD for Yoga

Traditionally, yoga has been a mental practice as much as a physical one. According to Ashley Turner, a licensed psychotherapist and yoga teacher, “Yoga is a psychology – the whole practice helps us work with the nature of the mind.” Like many yogis and yoginis, she emphasizes “the deeper roots of the practice, not just asana — the mental and emotional benefits.”

While some schools of yoga, such as tantric yoga, endorse the use of cannabis or other substances as a way to access these benefits, refraining from the use of “intoxicants” is generally considered an integral part of yogic practice. Shakti Parwha Kaur, considered the ‘matriarch’ of Kundalini yoga, once said that yoga is supposed to “[give] you energy straight from within that cannot be given or created by any outside substance.”

While proponents of mixing CBD and yoga are quick to point out that CBD is non-psychoactive — and thus non-intoxicating in the traditional sense — other yoga teachers see this as an exercise in semantics. “I’m sort of blown away that yoga studios are [promoting the use of CBD before class],” said Betsy Kase, founder of Yoga Haven. Although she takes CBD herself (and even sells it at her studios), she doesn’t believe in taking CBD to enhance the yoga experience.

In her opinion, “they’re making a novelty out of it.”

For people like Kase, who was drawn to yoga in large part for spiritual reasons, using CBD to achieve equanimity defeats the purpose of practicing yoga in the first place. For others, who view the practice as just another part of living a healthy life (like recycling or eating a plant-based diet) CBD is simply a means to an end.

So who’s right? You’ll have to look inside yourself to find that answer — maybe on the yoga mat.