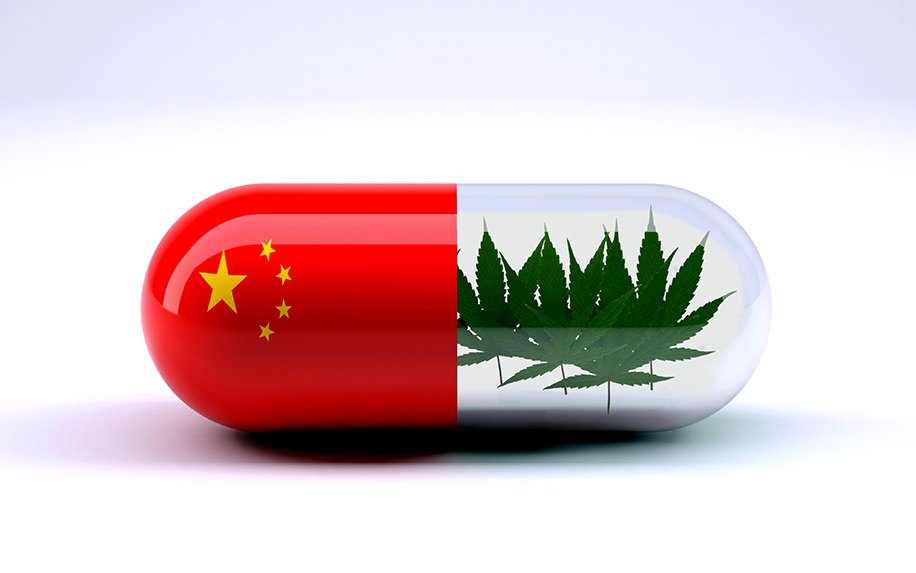 They may have even tried it, as hard as that is to believe. Cannabis’ appeal isn’t some newfangled phenomenon. For thousands of years, enthusiasts have been using it in a myriad of ways. Even in ancient China, people recognized that cannabis was an uncommonly versatile plant — and they didn’t just use it for making rope and paper.

If you don’t believe me, maybe it’s time for a quick history lesson.

How Cannabis Was Used in Ancient China

The reason why we know early humans used cannabis voraciously is because we have the receipt: the Xia Xiao Zheng treaty, written in the 16th century B.C. Within this agricultural treaty, cannabis sativa was identified as one of the main crops in the region now known as China, and both its production and use was encouraged.

But somehow in those intervening 3,500 years, cannabis went from being a vital part of human culture to perhaps the most demonized plant in the world. Today, the Xia Xiao Zheng treaty is all but forgotten, and even the most progressive modern legislation doesn’t come close to matching the rubber stamp of approval that cannabis had in ancient China.

But why were the ancient Chinese so infatuated with cannabis?

Medical and Commercial Uses of Cannabis in Ancient China

In early B.C. China, soldiers discovered that bows made with hemp rope instead of bamboo allowed arrows to fly longer distances. It didn’t take long for the use of cannabis as a textile to become wildly abundant, making it the dominant fabric in the region. It was used in making paper, fish nets, clothing, and oil from the cannabis seeds were extracted for cooking food, according to a 1973 paper in the journal Economic Botany.
In fact, the use of cannabis was so omnipresent in ancient China it became an integral part of traditional medicine, too. Again, we’ve got the receipts: medical records dating back over 1,800 years show that Chinese physicians of the time were analyzing physical attributes of cannabis and its medicinal potential.

It’s clear that the ancient Chinese understood the utilitarian properties of cannabis — but they were also using it to kick back and relax, too.

Religious and Recreational Uses of Cannabis in Ancient China

In 2019, incense holders originating from China dating back to 500 B.C. were found to have marijuana residue inside, making it the oldest evidence of early humans smoking cannabis for mind-altering purposes.

Researchers found remnants that indicate strains with higher levels of THC were used in these wooden braziers, suggesting certain cannabis plants were selected over others, exclusively for their psychoactive effects — the work of the world’s first budtenders.

Cannabis’ existence in ancient Chinese culture was ever present, even in the afterlife. In the Yanghai Tombs located in the Xinjang Province, cannabis buds were found buried in ceremonial grave sites, suggesting some shamans were actually entombed with the plant. Even modern cannabis enthusiasts would be hard-pressed to match that level of dedication.

Considering the massive popularity of cannabis in early B.C. China, it’s bewildering to think that it all just went away — but it did. We just don’t quite know why. Archaeologist Hui-Lin Li believes that cannabis’ rapid departure from ancient Chinese culture could be attributed to textiles like bamboo from warmer southern regions taking over as the main textile crop. Cotton introduced by explorers may have also been the end of cannabis’ textile reign in China.

While cannabis use is now strictly forbidden in modern China, the country is starting to warm up to the CBD trend, and plants known as “Yunan Kush” still grow naturally in the Dali region. Local law enforcement is known to have a “hands off” approach to the phenomena, as reported by the Chinese news outlet Global Times.

While most of the Yunan Kush is cultivated for industrial purposes, according to a report from the International Hemp Association, there is a long-held tradition of farmers in the region using cannabis and milk as the main ingredients in their morning tea. Of course, whenever cannabis tea is involved, large-scale hippie music festivals usually follow, which could explain the existence of the Dali Erhai World Music Festival.

Feel like an expert on the history of cannabis in China yet? We’ve only scratched the surface, but this should be just about enough knowledge so you can feel smart at your next dinner party.