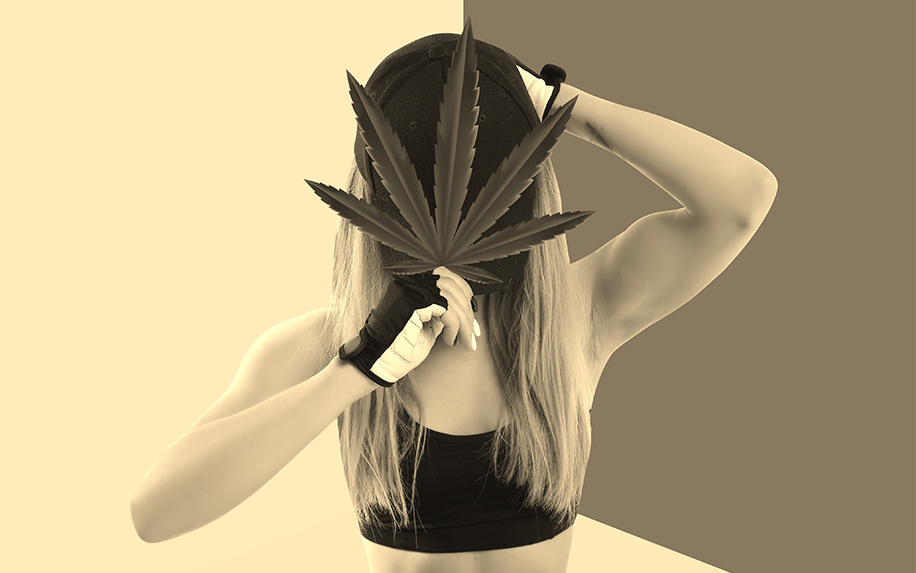 The ethics of alcohol- and gambling-related sponsorships in sports have been hotly debated for decades, largely due to fears of the messages these could send to impressionable young fans. Is CBD really any different? Image Credit: By Pavlovska Yevheniia on shutterstock.

Corporate sponsorships have long been an integral part of sports. Companies like Verizon and Pepsi pay millions to put their names on stadiums, while brands like Nike and Gatorade have become synonymous with athletic excellence thanks to clever product placements (which also come with a hefty price tag). Today, sports organizations looking for an extra influx of cash are turning to a new breed of sponsor: CBD brands.

Recent changes in American sport regulations have paved a path for new revenue streams in the form of CBD, beer, and gambling sponsorships, and a few brave leagues have been testing the waters. MGM Resorts International has become the “official gaming partner” of Major League Baseball in states where gambling is legal, and Budweiser took advantage of the newly loosened rules on uniformed NBA players appearing in beer commercials to pay tribute to future Hall of Famer Dwyane Wade.

The ethics of alcohol- and gambling-related sponsorships in sports have been hotly debated for decades, largely due to fears of the messages these could send to impressionable young fans. CBD is a different story, having only entered the national consciousness in the past few years. And despite the Food and Drug Administration’s (FDA) recent crackdown on marketing claims about the cannabinoid, leagues, teams, and players have begun partnering with companies in the space.

While CBD’s association with cannabis has made its entry into the sports world somewhat problematic — the first company to show CBD ads at the Super Bowl had to fight an uphill battle after its regular ad partner refused to place them — it appears to be winning its fight for acceptance. The World Anti-Doping Agency (WADA) and U.S. Anti-Doping Agency (USADA) have both removed their bans on the cannabinoid, and dozens of athletes have spoken up about the positive impact CBD has had on their lives.

These developments have been enough to win over (at least some of) the skeptics, and we’re already starting to see what looks like the spear tip of a movement from sports organizations to endorse a substance that — unlike booze or gambling — may actually have beneficial effects for their players.

When the BIG3, a professional 3-on-3 basketball league mostly staffed by retired NBA players, became the first professional sports league in the U.S. to officially sanction the use of CBD in June 2018, the decision came before the December passage of the 2018 Farm Bill that federally legalized the cannabinoid. However, many of the league’s athletes were already devoted fans of its pain-relieving and anxiety-reducing potential. In fact, one of them (longtime NBA journeyman Al Harrington) was producing his own line of CBD products.

In April of this year, the international megabrand cbdMD became the league’s official sponsor, emblazoning all team jerseys with their logo. Ken Cohn, Chief Marketing Officer at cbdMD, said in a statement, “Our BIG3 partnership will deliver a massive level of cbdMD brand exposure throughout the summer on CBS and CBS Sports Network, and allow us to reach a large, strategic demographic of consumers.”

The firm already has individual sponsorship deals with athletes across other professional sports, such as professional golfer Bubba Watson and a slew of sponsored skaters competing at the upcoming X Games, including future Olympian Zion Wright. In addition, cbdMD recently partnered with fight promoter Bellator MMA.

Unlike North America’s top sports leagues — like the NBA or NFL, which have their own rules — the sports that cbdMD’s sponsored athletes participate in follow WADA and USADA regulations on banned substances, meaning they face no risk of punishment for endorsing CBD products.

But perhaps the biggest breakthrough for CBD in sports has come from the world of mixed martial arts (MMA). Earlier this year, the sport’s top organizing body — the Ultimate Fighting Championship (UFC) — announced it would be conducting the world’s most exhaustive CBD study ever in conjunction with Aurora Cannabis, one of the biggest cannabis companies worldwide. This development, like those in other sports, is a case of the horse following the cart — UFC President Dana White estimated that about 50 percent of the league’s athletes already use some form of CBD for help in recovery.

White phrased his league’s participation as a health and safety-based one, more than just a marketing decision. “The focus is going to be on research, safety, health and the wellbeing of our athletes,” he said. However, the fact that the partnership is expected to yield a line of co-branded CBD products certainly doesn’t hurt.