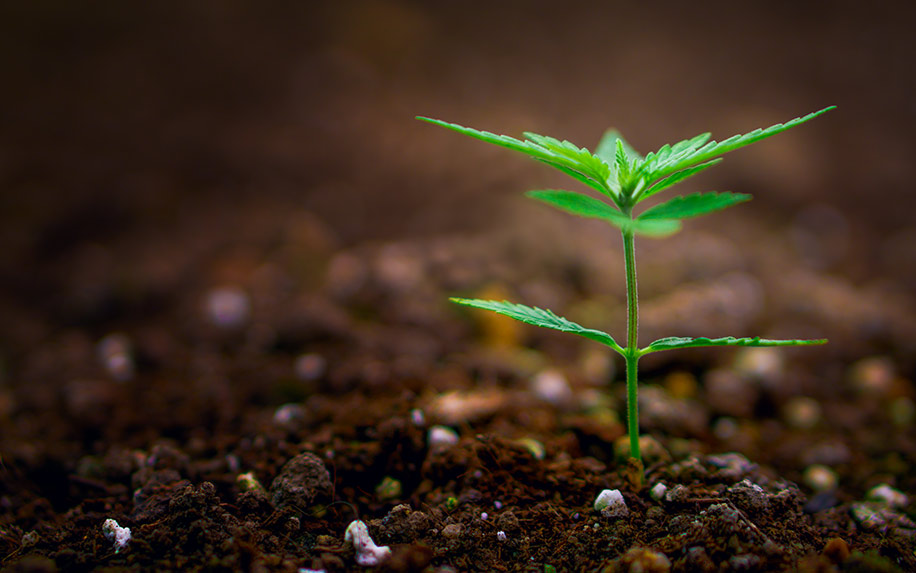 Sativa and indica are the non-overlapping magisteria of the cannabis scene. Two forces that never wanted to be enemies but now find themselves in the gladiator pit of half-baked ideas and inadequate science.

In case you’re unfamiliar, the terms “sativa” and “indica” are often used to refer to different types (or “strains”) of cannabis. For years, cannabis users have been taught that indica strains bestow a deep body high that helps you relax or sleep — as the old adage goes, “Indica means ‘in da couch,’” — while sativas offer more of a head high for when you want to be creative. It seems like an easy, practical way to make sense of the often-confusing world of cannabis strains.

So imagine how disappointed an entire generation of cannabis users would be if it turned out there’s no scientific distinction between indica and sativa.

The Origin of the Sativa-Indica Divide

Let’s go back a few hundred years to when Swedish botanist Carl Linnaeus first identified the plant Cannabis sativa in his 1753 book “Species Plantarum,” humanity’s first true scientific attempt at plant nomenclature and classification. For a couple decades, everyone was on the same page in the fledging cannabis community that Linnaeus inadvertently constructed.

That was until French evolutionarist Jean Baptiste Lamarck disputed the research of Linnaeus 32 years later and suggested a new “strain” of cannabis labeled Cannabis indica. This proposed strain originated from India and had several physical characteristics that distinguish it from Linnaeus’ Cannabis sativa, including shorter, stockier stalks, wider leaves, and a denser branch structure.

These small morphological differences are now responsible for every ad agency, tri-fold pamphlet, marijuana medical advocacy lecture, political/legal legislation, and information label which has been used to create an entire industry on the physical distinction between sativa and indica. Those two terms have become the canon, a homeopathic selling point on which all economical and medical transactions of cannabis have taken place for nearly 300 years.

For Centuries, Scientists Have Said There’s No Real Difference Between Sativa and Indica

But what if I told you cannabis strains don’t exist and we’ve essentially been living a lie for centuries? Are cannabis users (and the the cannabis industry itself) even in the right headspace to handle such paradigm-shifting information?

Alternatively, what if I told you that along with indica and sativa, there are two additional strains you’ve probably never heard of (but have likely consumed at some point)?

The shocker is both of those statements may actually be true and not true at the same time, like some cannabis-scented Schrodinger’s Cat.

First, let’s look at the evidence (or lack of evidence) that sativa and indica strains are one and the same. Thirty years after Linnaeus made his indica classification, British botanist John Lindley argued there was no reason to distinguish between two seperate species of cannabis, since their similarities far outweighed their differences.

This view soon became the standard in the scientific community, even warranting this quote from Irish chemist William O’Shaughnessy in his essay On the preparations of the Indian Hemp or Gunjah:

“Assuming, with Lindley and other eminent writers, that the Cannabis sativa and indica are identical…”

That was written in London in 1843, so it’s not like the argument against divvying up cannabis strains into indicas and sativas is some radical new idea. We’ve had this information for a long time, but we chose to ignore it. And now that we’ve unnecessarily split the cannabis atom, two more cannabis species have been unlocked: cannabis ruderalis and cannabis rasta.

Cannabis Ruderalis and Cannabis Rasta: What Are They?

Yes, there’s a cannabis species named “rasta.” Not the most original name, but for a scientific term, it’s pretty straight to the point. How did we get to this point, though?

In 2005, cannabis researcher Simon Gilmore of the Canberra Institute of Technology used genetic testing to discover a “race” of cannabis with roots in Africa, Mexico, and Jamaica. Writing in the journal Forensic Science International, Gilmore claimed this variation of cannabis is dense in THC and appears morpohologically similiar to sativa.

Now let’s take a quick look at cannabis ruderalis. First identified by Russian botanist D.E. Janischewsky back in 1924, it has sparked a heated debate among scientists since then, with some arguing that it’s sufficiently different from other forms of cannabis to justify being classified as a separate species — and others heartily disagreeing.

What exactly are they quarreling over, though? Here’s a quick explanation:

Cannabis ruderalis is believed to originate from India and East Asia, regions that are also believed to be the birthplace of indicas. But due to the harsh weather conditions and freezing temperatures in which ruderalisis is cultivated, the plant has a more rugged and short, stocky look to it, only reaching heights of no more than three feet. Due to these extreme conditions, ruderalis goes into “autoflowering” mode, which means it can produce buds regardless of any change in the plant’s light cycle. Its THC content may also be the lowest of all perceived species of cannabis, and some suggest its levels of CBD might be much higher.

In reality, the differences between all types of cannabis could be far more complex than what we’re ready to handle. Of course this just illustrates how under researched the realm of cannabis science truly is.

My search for the truth about sativa and indica led me directly to Dr. Raphael Mechoulam, often regarded as the “godfather of cannabis research.” The author of over 350 scientific articles on cannabis, he’s undoubtedly the most knowledgeable person on this planet in regards to cannabis. When asked about the difference between sativa and indica, this is what he told me from his Multidisciplinary Center for Cannabinoid Research at The Hebrew University of Jerusalem:

“I have not worked on the chemical differences between sativa and indica. Here patients are advised to take sativa in the morning and indica in the evening; presumably one causes mild stimulation while the other causes the reverse. Investigating the differences of the cannabinoids alone will not give a straight answer – one has to look at the differences of additional constituents. Presumably the entourage effect is involved. But, to the best of my knowledge, well based information is not available.”

When the world’s most knowledgeable cannabis researcher says there’s “no well based information” on the sativa vs. indica debate, that should illustrate just how convoluted the discussion has become — and how much we need more research on the topic.

So the next time someone gives you the cannabis guru talk on whether you’re an “indica” or a “sativa” type of person, send them this article. Who knows, maybe they’ll become the cannabis researcher that our future so desperately needs?

Probably not, but it’s good to have high hopes sometimes.