Read This Before You Use CBD as a Meditation Aid 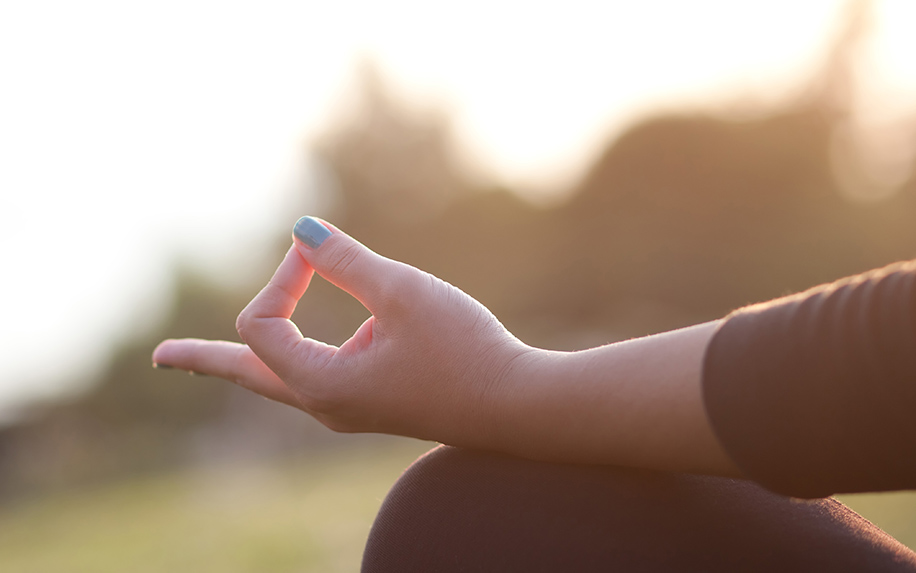 CBD could help with meditation but some experts worry we could rely on it too much. Image Credit: By aerogondo2 on shutterstock

People have been meditating for thousands of years, and, throughout this time, two things have been widely acknowledged about the practice: it’s very useful, and it’s very difficult. This has led many to seek meditation aids that can help them relax, focus, and reap the benefits of meditative practice. Today, the most popular of these aids is CBD oil — but not everyone is sure this is a good idea.

Mindfulness meditation, also known as vipassana,is perhaps the most widely-practiced form of meditation in the West today. Based on ancient Buddhist teachings, it focuses on cultivating non-judgmental awareness and equanimity. It also expressly discourages the use of intoxicants (The Fifth Buddhist Precept), which has sparked a heated debate among teachers and practitioners about using CBD to aid meditation.

While CBD has been shown to reduce anxiety (which could help calm the ‘monkey mind’ familiar to anyone who’s tried meditation) and ease the pain caused by inflammation (which could make it easier to maintain a meditative posture for extended periods of time), some people question whether using it to help one meditate goes against the fundamental premises of meditation.

In an interview with the Buddhist magazine Tricycle, a Zen teacher named Brad Warner made the case for avoiding the use of CBD to ‘boost’ one’s meditative experience: “To me, one of the great benefits of meditation is how it can enable a person to discover their own innate ability to not react to stress in a habitual way … regardless of whether there’s a source of CBD [nearby].” According to Warner, “By adding CBD to the meditation, you’re taking away one of the greatest and most useful aspects of meditation.”

His concerns were echoed by Jennifer Whitney, a PhD candidate specializing in meditation research, who said, “My concern is about the potential reliance on the CBD doing the job for you rather than actually doing the meditative work.”

However, CBD does have its advocates within the meditation community. Darren Littlejohn, a yoga and meditation teacher, wrote in the Huffington Post that his “breath is deeper” and “[meditation] is focused internally” after taking CBD. He’s not alone — a quick Google search for “CBD and meditation” will reveal over six million results, featuring titles like “CBD and Meditation — A Match Made in Anti-Stress Heaven” and “Can CBD-Supported Meditation Help You Go Deeper?”

This debate over the role of meditation aids is not a new one — as Gil Fronsdal of the Insight Meditation Center wrote, “More than 2,500 years ago, the Buddha said that intoxication can lead to ‘the loss of wealth, increased quarreling, susceptibility to illness, disrepute, and weakening of wisdom.’” According to Fronsdal, the main difference between then and now is “the incredibly wide range of addicting substances and unwholesome pleasures that are readily available.”

Research has shown that CBD is not addictive, and its popular portrayal is that of the “wholesome” counterpart to THC, the psychoactive component of the cannabis plant (from which CBD is also derived). But does this mean that meditation teachers and practitioners should embrace its use?

For now, at least, the debate continues.