Pumpkin-Spice CBD Oil Is Now a Thing You Can Buy 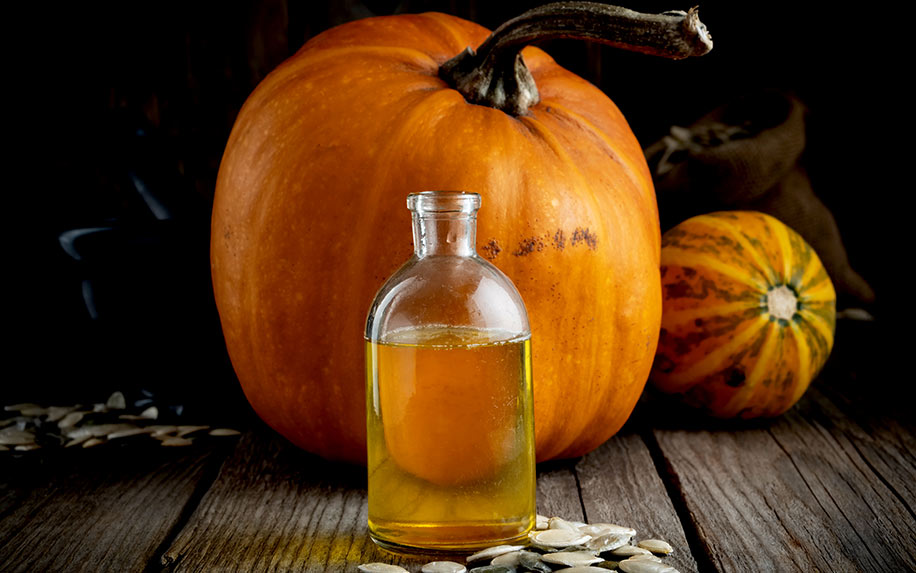 In 2019, pumpkin spice is seemingly everywhere and in everything — including, now, CBD oil. Image Credit: By Chamille White on shutterstock.

In 2003, Starbucks released the pumpkin spice latte, a spicy-sweet autumn coffee concoction that sparked an obsession with all things pumpkin spice. Since then, the beverages (sometimes known as PSLs) have become so popular they’re now a running cultural cliché, as much a staple of fall as the changing leaves. In 2016, the Washington Post reported that Starbucks had sold more than 200 million pumpkin spice lattes since the drink’s invention. Inspired by the PSL sensation, companies began putting pumpkin spice in everything from donuts to body lotions — and despite some backlash over the flavoring’s ubiquity (pumpkin spice dish detergent anyone?), they’re still doing it. And available now? Pumpkin spice CBD.

This isn’t the first time that America’s favorite semi-legal plant and its favorite fall flavor have crossed paths. Back in 2017, VICE bemoaned that cannabis had “fallen victim to pumpkin spice,” in the form of infused brownies from GOOD CO-OP and chocolate bars from GFarmaLabs. However, it’s only in the last year or so that pumpkin spice has made its mark on the world of CBD.

But How Does Pumpkin Spice CBD Taste?

Today, pumpkin spice CBD comes a variety of forms (which we’ll get to in a minute), but no matter how you use it, the first question that comes to mind is: What does it taste like?

You might be tempted to answer, “Well, duh, like pumpkin,” but that’s not the case. If you’re already familiar with all things PSL, this may be old news to you. If not, here’s a quick explanation.

As Popular Science helpfully explains, “Pumpkin on its own tastes like what it truly is: bland squash.” If you love the taste of Pumpkin Spice Product X, what you actually love is the combination of cinnamon, nutmeg, allspice, and ginger that make up the “spice” part of the name.

Your mileage may vary on whether this is enough to mask the taste of CBD (which is often described as earthy, grassy, or “like dirt,” depending on how charitable you’re feeling), but one thing’s for certain: Pumpkin spice CBD products have at least a bit of that familiar, autumnal, bouncing-in-foliage quality we’ve come to love (or, possibly, hate).

What Kinds of Pumpkin-Spice CBD Are Available?

Depending on how you feel about the pumpkin spice trend, your options for CBD-infused products are either (sadly) limited or (mercifully) limited. Only a handful of brands currently make pumpkin spice CBD anythings — here are your current options:

Toast, a curiously tight-lipped brand (more on that later) that rose to prominence thanks to its pre-rolled CBD joints, is also the internet’s most prominent purveyor of pumpkin spice CBD tinctures. Its Spiked Pumpkin oil, which comes in 1 oz. vials with either 250 mg or 500 mg of full spectrum CBD, is made with a mix of organic flavor oils: Cinnamon, ginger, nutmeg, and pumpkin seed.

As far as CBD tinctures go, they’re not outrageously expensive. The 250 mg variety costs $55, while the 500 mg vial will set you back $100. You’ll find them on Toast’s website, and nowhere else.

If you want to get your hands on them, you’ll have to act fast — there’s a limited stock of these seasonal CBD oils, which will only be available from now through winter.

This is a bit of a controversial one. Diamond CBD, a CBD brand with headquarters in the U.K. and Florida, claims that its Pumpkin Spice Premium CBD Infused Liquid can be used both as a vape oil and an oral tincture. Oddly, the brand also claims the product is safe for topical use.

The product’s CBD concentration is also surprisingly (some might say “suspiciously”) broad. The 1 oz. vials can contain anywhere from 25-1,500 mg of full spectrum CBD, with price tags to match. The 25 mg version costs just $20, while the 1,500 mg edition runs a whopping $220.

As for ingredients, you won’t find any organic spice oils here. The pumpkin spice you’re tasting comes from “artificial flavors,” which aren’t described in any detail. However, Diamond CBD’s product page does state that the product contains vegetable glycerin and propylene glycol. Both of these are commonly used in vape oils, though it’s worth mentioning that the Food and Drug Administration (FDA) has recognized both ingredients as “generally safe” when added to food.

If for some reason you’ve been dying to combine three of the hottest trends of the last five years — CBD, pumpkin spice, and coconut oil — then Blue Ridge Hemp has you covered. The North Carolina-based CBD brand offers a creatively-named Pumpkin Spice CBD Coconut Oil, which costs $40 for an 8 oz. jar with 250 mg of CBD isolate.

Aside from the CBD and the coconut oil, it also contains organic cinnamon, ginger, cloves, nutmeg, allspice, and vanilla bean powder. No pumpkin (or artificial flavors) here, but there’s certainly enough else going on to keep your tastebuds busy.

How Do I Use Pumpkin-Spice CBD?

Depending on the product you choose, there are a lot of ways to use pumpkin spice CBD. Some of these are more effective than others, if by “effective” you mean “getting the highest quantity of CBD into your bloodstream.” For example, studies suggest that the body can better absorb CBD when it’s vaped or applied sublingually (i.e. under the tongue), while it has a harder time processing CBD that comes in the form of edibles.

Toast’s Spiked Pumpkin CBD tincture can be applied directly to your mouth — just fill up a dropper (fully or partially, depending on the dose you want) and squeeze it under your tongue. Then, let it sit there for a minute. This isn’t just so you can enjoy the taste; it also allows the CBD to absorb into the soft tissue beneath your tongue. You’ll feel the effects faster, and for longer, if you do it this way instead of immediately swallowing.

Add It to Food or Drinks

Move over, pumpkin spice lattes, there’s, um, a slightly different kind of pumpkin spice latte on the way. CBD coffees and teas are a huge trend of their own, and squeezing a few drops of Toast’s pumpkin spice tincture into your morning cup of joe could give you the best of both worlds, at least from a taste perspective.

However, CBD beverages have a small problem: Your body can’t absorb them very well, since CBD isn’t water soluble (oil and water literally do not mix). If you want to feel something more than the placebo effect, your best bet is to add CBD to fatty foods, since this helps break down the molecules into a form your body can process.

Inventive cooks can find a lot of ways to use pumpkin spice CBD in the kitchen, but the two simplest ways are: 1) add a few drops of Toast’s tincture to a meal you’ve already made, like a soup or salad; or 2) swap in Blue Ridge Hemp’s coconut oil as a substitute for whatever non-infused cooking oil you usually use. Cooking with CBD can be a little different than you’re used to, though, so check out these tips before you start.

Diamond CBD’s Pumpkin Spice Premium CBD Infused Liquid is, for all intents and purposes, a vape oil. As such, you can add it to your vape device and puff away, just as you would with other vape oils.

Many people have been skeptical about vaping due to the recent epidemic of vape-related lung illnesses, but it’s worth pointing out that the vast majority of cases have been linked to black market THC products, not those from mainstream CBD brands.

Apply It on Your Skin

Coconut oil can be a great moisturizer, and that doesn’t change when you add CBD (or pumpkin spice). Coconut oil is also antifungal and antibacterial, with a rich supply of fatty acids to help keep skin smooth and supple. Plus, the CBD lends anti-inflammatory and free radical-fighting abilities of its own.

So if the idea of walking around smelling like a chilled-out PSL is appealing to you, Blue Ridge Hemp’s coconut oil might be just the ticket.

First, the standard disclaimers: According to the World Health Organization (WHO), CBD is a remarkably safe substance with no risk of addiction, abuse, or other serious side effects. As for those stories that it could cause liver damage, it’s hard to make a conclusive statement at the moment, but most experts agree that you’d need to consume a cost-prohibitive amount of CBD to see adverse effects.

Contaminated and/or mislabeled CBD products, on the other hand, have been known to cause problems for people due to the “other ingredients” they contain, like synthetic cannabinoids. That’s why it’s so important to choose products that have been third-party lab tested — and why it’s so worrisome that Toast and Blue Ridge Hemp don’t provide any indication their products have been tested. Diamond CBD does have lab reports available on its website, but it doesn’t make them easy to find or read.

It’s also worth pointing out that people who have allergies to the typical ingredients in pumpkin spice products (like cinnamon, which is one of the most common spice allergies) should probably avoid these CBD-infused items.