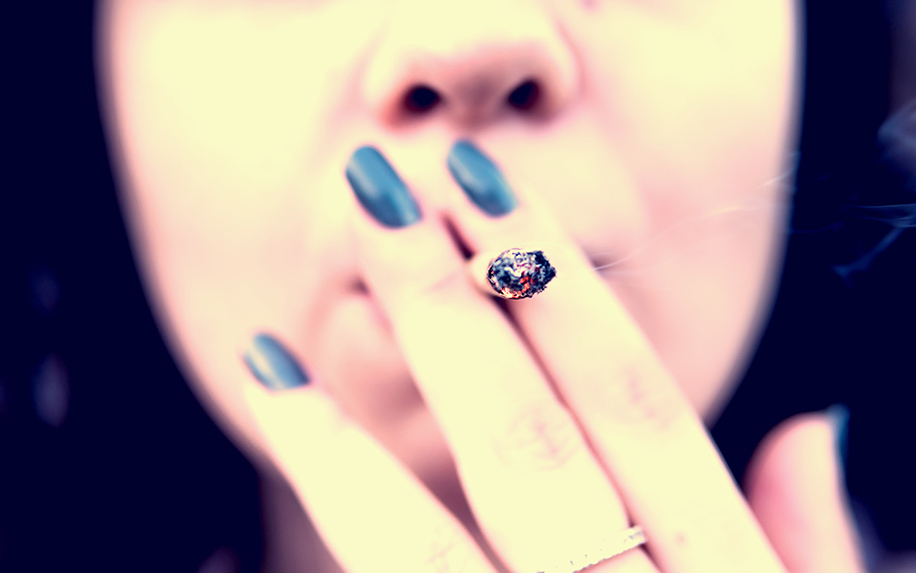 For many millennials, cannabis offers an inexpensive, healthy way to deal with burnout. Image Credit: By real_content on shutterstock.

Of all the stereotypes of marijuana users, “the burnout” might be one of the most familiar. Young, unmotivated, permanently befuddled — pop culture is flooded with these types of characters. But what if we had it all backwards? What if young people weren’t burnt out because they use cannabis? What if they use cannabis because they’re burnt out?

If you’re a millennial, you might be nodding furiously in agreement right now.

“Millennial” isn’t quite synonymous with “young person” anymore — that honor should probably go to Generation Z —but the demographic of people born between the early 1980s and mid-1990s is still struggling to come of age. After growing up amidst a lackluster economy, endless wars, and a rapidly destabilizing environment, it’s little surprise that so many millennials are now dealing with burnout (or that they’re turning to cannabis to help manage this seemingly inescapable problem).

But first, what is burnout?

The World Health Organization (WHO) calls it “a syndrome conceptualized as resulting from chronic workplace stress that has not been successfully managed,” but that definition is likely to prove unsatisfying to many. Colloquially, “burnout” is often used to refer to a state of being where a person frequently feels overwhelmed after consistent, excessive exposure to stress triggers. It’s different from the stress you feel when working on a big project or preparing to move to a new house, because while those types of stress tend to fade once the situation is over, burnout lingers like an unwelcome guest. And for the vast majority of millennials, it’s awfully hard to show burnout the door.

The numbers are astonishing: According to a 2019 survey from national psychiatric center Yellowbrick, 96 percent of millennials say that burnout has a negative impact on their lives. The survey, which covered 2,000 people between the ages of 23 and 38, found nearly a third of respondents said they were physically or mentally exhausted on a daily basis. Work and finances were the top stressors. On a related note, more than half of millennials work a second job to make ends meet, according to a 2018 survey from financial services firm Bankrate.

Considering cannabis’ reputation (i.e. it mellows you out), it’s unsurprising that so many millennials dealing with burnout are also in favor of cannabis legalization. According to a June 2019 poll from Pew Research Center, 74 percent of millennials support legalizing the plant. They’re also some of its most avid consumers — a 2018 Gallup poll found that around 25 percent of millennials are regular cannabis users, nearly double the national rate of 13 percent.

Yet while it might not come as a shock to learn that young people enjoy cannabis, the question remains: Why do they see it as a viable option for treating burnout?

For some millennials, like visual artist Daephine from Austin, TX, cannabis and its derivatives like CBD are appealing because they offer relief from the existential pressures of modern life.

“We’re living in tough times, always being exposed to constant streams of information. I think we are all curious and open to new ways of feeling better,“ she told cannabisMD. “Luckily in my city, CBD has been legalized, and it has been very popular. My experience of CBD is that it has brought me a feeling of contentment, even on a tough day. It has helped me see things from a broader perspective. It has helped me remain open to endless possibilities.”

For others, the reasons for embracing cannabis are more mundane:

Medical cannabis isn’t covered by health insurance (neither is CBD oil, in case you were wondering), and licensed dispensaries are notorious for being extremely expensive compared to the black market. Yet despite these issues, many millennials still find cannabis to be more affordable than the drugs typically prescribed by doctors.

They’re not the only ones. A 2018 study in the Journal of Psychoactive Drugs found that medical cannabis users of all ages preferred the plant over prescription drugs, with “lower costs” being one of the chief reasons (many respondents also said they found cannabis to be more effective, with fewer side effects).

Having said that, medical cannabis isn’t exactly cheap. In states like Ohio, prices can exceed $500 per ounce of flower, while even states with more “reasonable” prices like Oregon still charge upward of $200 for an ounce. For many millennials, though, this is still less of a burden than paying for a grab bag of prescriptions to manage their burnout symptoms. An ounce of cannabis will last most users several months, while a single month’s prescription for generic anti-anxiety drugs like Venlafaxine can exceed $100 (to say nothing of the sleep aids, pain relievers, and other medications needed to manage burnout symptoms).

This might say more about the utterly dysfunctional state of American healthcare than the cost-friendliness of cannabis, but that’s the reality of the world most millennials are living in.

Cannabis is (probably) safer, too

Speaking of burnout symptoms, the list is a long one. They include:

The research into how cannabis and/or CBD treats these issues is still in its early stages, but millennials are famous for being “early adopters” — and the preliminary results have been promising. As a bonus, these plant-based medicines come with fewer strings attached than many commonly-prescribed drugs.

While cannabis certainly has side effects of its own (insert your own joke about munchies/red eyes/etc. here), many studies suggest that these tend to be less severe than those of conventional medications, at least for most patients. For example, SSRIs (which are commonly prescribed to treat anxiety and depression) have carried a Black Box Warning from the Food and Drug Administration (FDA) since 2004. This is the strongest measure the agency can take, short of pulling the drugs from the market, but it was deemed necessary due to the risk of suicidal ideation, aggression, and other side effects associated with SSRIs.

CBD, which doesn’t have the intoxicating effects of cannabis due to its low levels of THC, is regarded by most scientists as having a particularly excellent safety profile. When the World Health Organization (WHO) recommended removing all international controls on the cannabinoid, it cited CBD’s lack of major side effects and its inability to produce dependence or be misused.

Cannabis is healthier than other recreational substances

Millennials are a famously health-conscious bunch — according to a 2017 report from marketing firm The Halo Group, they’re “the most health-conscious generation ever” — but sometimes they still want to kick back and destress just like their parents and grandparents did.

But while previous generations might have gone down to the bar for an evening of Jameson and Marlboros, millennials are more likely to indulge in a bit of cannabis with friends.

Studies show that millennials prefer cannabis over cigarettes, and they’re increasingly turning away from booze as well, which has been a sobering realization for alcohol companies. Part of this may be due to finances. As one 27-year old Chicago woman told MarketWatch, “I realized that I get zero enjoyment out of drinking, and it costs me more money than [cannabis] does.”

But an equally important — if not bigger — reason is that cannabis is viewed as being healthier than “traditional” recreational substances. This is especially evident in the case of alcohol. Most millennials are all-too-familiar with the unpleasant sensation of rushing to the bathroom to vomit after one too many tequila shots (and the subsequent hangover the next day).

And while smoking cannabis might not be great for your lungs, it’s demonstrably less harmful than smoking cigarettes: A 2012 study in the Journal of the American Medical Association (JAMA) tracked smokers for 20 years, and found “occasional use of marijuana … may not be associated with adverse consequences on pulmonary function.” Plus, the growing prevalence of cannabis edibles, tinctures, and other non-smokables makes choosing cannabis over tobacco an even easier choice for millennials.

So while cannabis may not be a panacea for their burnout, it does seem to have a lot to offer.