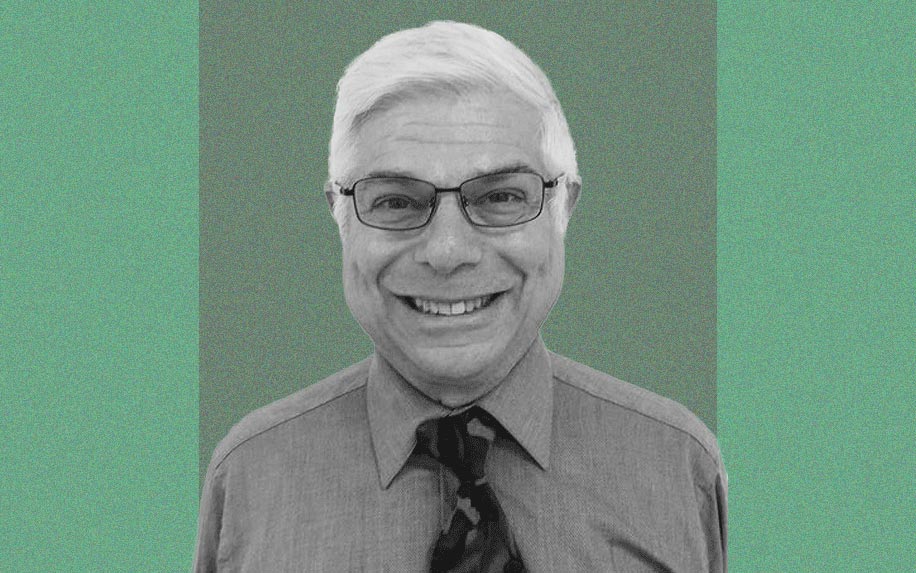 Cannabis is enjoying a bit of a renaissance in America at the moment. After decades of prohibition, the plant is more popular than ever — even seniors are using it in record numbers. And its impact on our culture is growing in ways that few could have predicted even five years ago.

Today, many American universities are teaching cannabis-centric courses, with a growing number offering full degrees devoted to the plant. Cannabis jobs are employing hundreds of thousands of people across the country, and the economic benefits of cannabis legalization are being touted by politicians from Massachusetts to Michigan. Even the U.S. federal government, the fiercest opponent of cannabis for much of the 20th century, is now opening the floodgates on research into its medical potential.

Many of these changes have been driven by people like Dr. Joseph J. Morgan. A cannabis doctor, author, and educator, he’s spent over 25 years in the field of drug safety, conducting clinical research trials and investigating new applications of cannabis’ key compounds. Now, he’s joining the cannabisMD team of medical experts, where he’ll lend his insights and expertise into cannabis’ medical potential and its impact on our culture.

Recently, we caught up with him to talk about cannabis addiction, the government’s wrongheaded views on the plant, and more:

cannabisMD: You’re a professor of cannabis education at the oldest pharmacy school in the U.S. What do your courses cover?

Dr. Joseph J. Morgan: I help teach three courses at the University of the Sciences in Philadelphia, PA. These include a four-hour medical cannabis certification course for health professionals in Pennsylvania, a more advanced course, and a cannabis-focused MBA track.

The courses cover topics like the endocannabinoid system, the pharmacology of cannabinoids and terpenes, and the cultural and regulatory history of cannabis. I try to keep things interesting for my students — one of my exam questions asks them to name the first music album with the word “psychedelic” in its name. (Which, in case you’re wondering, is “The Psychedelic Sounds of the 13th Floor Elevators” from 1966.)

cMD: You also literally wrote the book on cannabis and addiction (well, a chapter of it, anyway). Set the record straight for us: Is it possible to be addicted to cannabis?

Dr. Morgan: Yes. It’s possible to be addicted to almost anything including watching TV, using the internet, and caffeine (gotta have 2 cups of coffee first thing in the morning to wake up or my head hurts and I don’t feel right). You can also be addicted to behavior patterns including avoidances, shouting, or having orgasms. Many drugs approved by the Food and Drug Administration (FDA) are addictive as well.

Cannabis addiction is officially called cannabis use disorder (CUD) by the psychiatric profession. But it in reality, the toll on society posed by CUD is almost nothing when compared to the horrors of legal, heavily taxed drugs you can get without a prescription. In particular, I’m talking about alcohol (which causes 88,500 premature deaths a year and lops off 23 years of life on average) and tobacco (which is associated with 400,000 premature deaths a year in the U.S. alone).

Food, too, can be a dangerous addiction — nearly 40 percent of American adults are obese, which puts them at risk of diseases like diabetes, fatty liver, cardiovascular and peripheral vascular disease, and many types of cancer. You could say that the deadliest white powders out there are flour and sugar.

cMD: According to the National Institutes of Health (NIH), “marijuana use disorder is common and often untreated.” That sounds pretty serious — how worried should we be?

Dr. Morgan: We should be worried that our tax dollars support the propaganda about cannabis coming out of the NIH and the National Institute on Drug Abuse (NIDA). Yes, it’s true that the stuff you can buy on the street is often contaminated with toxic pesticides or solvents. But these government organizations deliberately lump together the effects of contaminants with the plant material itself, which is both bad science and bad policy.

The NIH and NIDA, to put it politely, try to cover up the beneficial aspects of cannabis. I have a medical textbook from 1904 stating that cannabis is useful for treating epilepsy and migraines, yet it wasn’t until 2018 that a cannabis-based drug was approved for rare forms of epilepsy. One of my friends at NIDA is a senior scientist whose work is showing that the cannabinoid THCV could help prevent and treat nicotine addiction. But most people have never heard of it.

So what we should really be worried about is the harm that our government’s delusional policies have inflicted on so many people for far too long.

cMD: You’ve filed a U.S. patent for a cannabinoid- and terpene-based medicine — are terpenes really all they’re hyped up to be?

Dr. Morgan: You gotta be more specific. I’ve studied both natural and food-grade synthetic terpenes extensively, and I’ve found they can contribute in important ways to the entourage effect.

Clearly, terpenes change the psychoactive effect of THC. Clearly, different varieties of cannabis with the same content of cannabinoids like THC, CBD, or CBN have different effects depending on their terpene content.

Plus, there’s the fact that some people simply prefer some tastes or smells over others. Individual preferences are important considerations.

cMD: Do you think the future of cannabinoids like CBD will be as pharmaceutical drugs, “natural remedies,” or some combination of both?

Dr. Morgan: I’m not God but all of the above are possibilities. Obviously, we’ve already seen a CBD-based pharmaceutical drug in the form of Epidiolex, which is approved by the FDA to treat a couple rare pediatric seizure disorders so far (and is patent-protected by GW Pharma).

However, the FDA requires that applications for new drugs (called New Drug Applications, or NDAs) have a maximum of three active pharmaceutical ingredients (APIs). Since cannabis has hundreds of medical components, this makes it difficult for drug makers to comply with regulations.

Having said that, there are some more interesting projects in the works from GW Pharma. They’re developing both plant-derived and refined cannabinoid medicines for one purpose, and then trying to get them approved for others as well (like treating tuberous sclerosis complex). Data should be released in December 2019 — stay tuned.

In the big picture, I do think regulation is necessary, but we need to be smart about it. My colleague, a federal contractor and adviser who shall remain nameless now, views cannabis as a “botanical drug” that should be regulated far more leniently than if it were a synthetic drug. I think he is spot on.

cMD: What are the odds the FDA comes through with CBD regulation in the near future?

Dr. Morgan: It would be in GW Pharma’s narrow business interest to do so, but their director of research told me in a Q + A session at a meeting of cannabinoid scientists in Boston last year that it probably won’t happen.

If the CBD craze had come 10 years earlier, the FDA and Drug Enforcement Administration (DEA) would have probably attempted to shut it down. Timing is everything and this wild horse won’t put up with being stuck in a stable, if you know what I mean.

One thing that’s clear, though, is the FDA needs to act appropriately in the interests of ethics and consumer safety. That means CBD products should have honest labeling, with reputable and easily-accessible third-party lab reports for active and inactive components. They should also be assayed/labeled for cannabinoids, terpenes, pesticides, and solvents. Specific health claims should not be made without real world, well-done clinical trials.

cMD: In your opinion, what would be the most exciting development for cannabis medicine in 2020?

Dr. Morgan: That is easy: An apology by all the hypocritical politicians and government officials who have supported cannabis prohibition for the immense harm it has caused to millions of Americans. Not only should they create a program for making amends to those who have suffered as a result of the laws against cannabis, but it’s also time to lift all the restrictions on cannabis research.

Opening the door for more large-scale human studies could potentially lead to huge advances in our understanding of cannabis’ medical potential and its use as an alternative to more toxic substances.

Cannabis played an integral role in American life from roughly 1850 to 1937. Why should it be different today? It’s time to let people use the plant as they see fit. It’s a gift from the Creator and Sustainer of the Universe, and it has a valid place in our medicine, culture, and economy.

Joseph J. Morgan, MD, AACM is a Professor of Cannabis Education at the oldest pharmacy school in the U.S.A., founded as Philadelphia College of Pharmacy in 1822 and now known as University of the Sciences. He is the author of the chapter on addiction in the reference book "Cannabis As Medicine” (CRC Press, Taylor and Francis). He’s also an advisor to Parea Bio Sciences, a grower processor in Pennsylvania, and to Undoo.com, marketer of an antidote for cannabis intoxication. A longtime cannabis industry consultant, he has a patent pending in cannabinoid drug development licensed to Nexien Bio Pharma.