Meditation With Cannabis Is More Common Than You’d Think 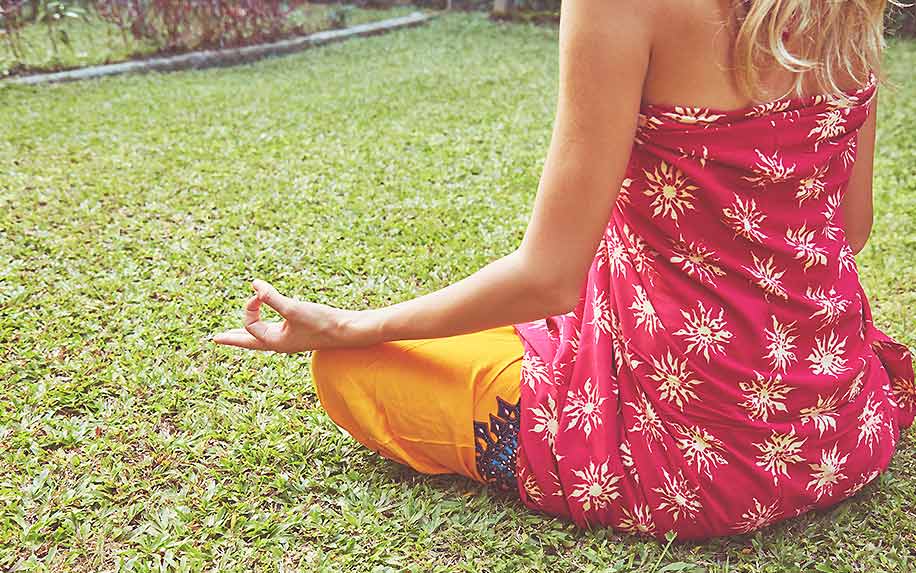 Here's how meditation and cannabis work together to create bliss. Image Credit: By Kitja Kitja on Shutterstock

It’s a debate that’s thousands of years old: should cannabis be used to “boost” your “meditation experience?” A growing number of people say yes, but skeptics warn that they’re misinterpreting ancient texts to appease modern trendsetters.

The popularity of meditation has skyrocketed in recent years. According to a 2017 survey from the Centers for Disease Control and Prevention (CDC), around 14.2 percent of all American adults practice meditation, up from just 4.1 percent in 2012. Vipassana, or mindfulness meditation, has proven to be especially popular, with classes popping up in schools, corporate offices, and even government agencies. In other words, the profile of the “typical meditator” has undergone a profound transformation in the last decade.

So too has the image of the “typical cannabis user,” and there seems to be a considerable amount of overlap between the two groups. As expected, this has bred its share of “innovation” — and conflict. Just as in the contentious case of cannabis yoga classes, while cannabis-friendly teachers and practitioners say that using the plant helps expand their minds and get the most from their practice, others insist that using such substances undermines the fundamental aims of meditation.

Advocates Point to Long History of Meditation With Cannabis

The earliest written evidence of meditation is found in Hindu scriptures dating back to the 5th century. Using cannabis as an entheogen (a substance that enhances spiritual connection through intoxication), some ancient mystics saw cannabis as a way to deepen their meditation practice.

“Cannabis has been used in spirituality for thousands of years, going back to the sadhus of India smoking their chillums,” explained Shelly Jenkins, a meditation teacher in Colorado. According to Jenkins, “[cannabis] can settle the mind and facilitate a deeper meditation and heighten awareness.”

Many people who agree with Jenkins cite cannabis’ ability to calm the mind, promote body relaxation and mindfulness, and facilitate deep breathing — all of which are essential to meditative practice. In this sense, there is little doubt that the effects of cannabis can make meditation easier — but is easier the same as better?

World-famous yoga and meditation teacher and body positivity activist Jessamyn Stanely thinks so. In an exclusive conversation with cannabisMD about her use of the plant in her meditation and yoga practice, she said, “Widespread access to information about dosage and strains can alleviate concerns that the cannabis experience will ‘intoxicate’ [your] practice. Far from inhibiting the true purpose … I believe the right dosage and cannabis strain can offer unparalleled fulfillment in a [meditation] practice.”

Other supporters of “marijuana meditation” claim that it’s the ability of medical cannabis to ease physical ailments that helps users to achieve heightened awareness during meditation. Obviously, meditating is much more difficult if you have intense lower back pain or anxiety-related muscle tension — both of which are among the many health problems that cannabis has been found to treat, thanks to its ability to regulate the body’s endocannabinoid system.

Skeptics Say It Defeats the Purpose of Meditation

However, there is another side to this debate, albeit one that is significantly less trendy. The opinion that cannabis and meditation shouldn’t be mixed isn’t as likely to inspire viral thinkpieces, but it appears to be growing as the practice becomes more common.

While supporters of cannabis meditation point to the use of the plant in meditation centuries ago, critics cite the Five Precepts (specifically, the fifth one). These are a collection of Buddhist moral teachings that guide the lives of monks and laypeople, and even for non-Buddhist practitioners, they’re considered integral to the practice.

The Fifth Precept warns against the use of intoxicants, both in meditation and in daily life, since the use of such substances leads to a loss of self control and awareness, leading people to further wrongdoing.

In general, skeptics of cannabis meditation are less concerned with possible violations of ancient practices and texts than the actual consequences of disregarding them — in other words, using cannabis to help you meditate isn’t bad because it breaks the Fifth Precept, it’s bad because it can cloud the mind and make the practice more difficult.

In fact, many believe that the “benefits” of cannabis meditation are little more than a clever marketing tactic. According to David Frawley, the founder and director of the American Institute of Vedic Studies, meditative techniques are more effective without cannabis, and “[the] attaining of higher conscious simply can’t be gained by use of a drug.”

His opinion was echoed by Dr. Helen Lavretsky, professor of psychiatry at UCLA, who said that using cannabis before meditation “alters the flow of energy” and “dumps you in an obstructed reality.”