Is CBD Legal on College Campuses? The Answer Is Confusing 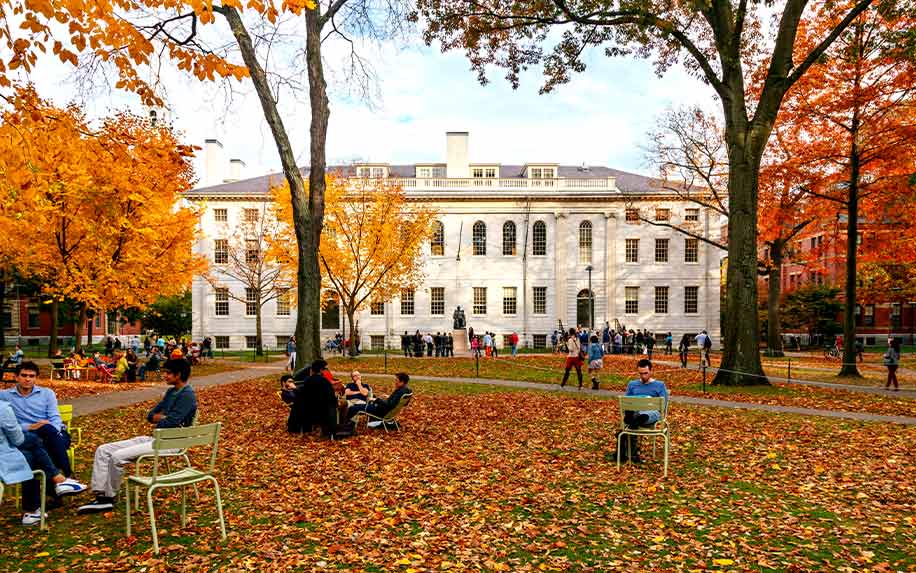 Some colleges and universities have banned CBD — students who use it in any form may face disciplinary action. Image Credit: By Jannis Tobias Werner

In many ways, CBD seems tailor-made for college students. They’re a famously stressed-out and sleep-deprived bunch, and CBD is widely believed to help with both issues. And since it’s non-intoxicating — in case you haven’t heard, CBD doesn’t get you high — it’s much less likely to make students miss their morning classes than the cheap beer and, ahem, other substances traditionally used to escape the pressures of academic life.

However, while CBD may theoretically be legal throughout most of the country (only a handful of states continue to ban it outright, while others like Iowa have placed tight restrictions on its use), that doesn’t mean college students have the green light to scarf down a handful of gummies before their next big exam.

This was highlighted most recently by a report from Emerson College, a prestigious private school in Boston. Currently CBD falls under the “cannabis” section of the college’s anti-drug policies, meaning that students who use it could face disciplinary action, much like NASA employees or members of the military. However, given the quickly-growing interest in CBD, and the fact that its lack of intoxicating effects makes it hard to argue that it’s “just another type of cannabis,” the college is now trying to decide if it should lift its ban on the cannabinoid.

In an interview with the school’s paper, The Berkeley Beacon, Associate Dean of Campus Life Erik Muurisepp said that he hoped to reach a decision in the near future. “The plan is to bring people from [the Division of] Student Affairs and appropriate areas, and to student government for student representation and conversation to see what we need to do or what we should be doing around CBD,” he said.

Some Colleges Have Already Banned CBD

While Emerson weighs its options, some of the nation’s other top schools have made it clear where they stand — all products derived from marijuana or hemp will continue to be banned, including CBD used for medical reasons (even if the school is located in a state where cannabis is legal).

One of the most surprising examples is Pepperdine University, a small California school with a bucolic seaside campus and a progressive reputation. Students at Pepperdine are forbidden from using CBD in any form, whether on or off campus. Failure to comply with this rule can land a student in front of a disciplinary committee, where they could face anything from fines to probation to dismissal from the university.

As Associate Dean of Students Sharon Beard told the school’s paper, the Pepperdine University Graphic, “Because Pepperdine receives federal funding, we have to follow federal law. While some forms of CBD are legal, we don’t want it to be confusing for our students. We believe that it is simpler and more straightforward to just not allow any CBD to avoid issues with federal funding.”

Schools like Pepperdine are cautious of running afoul of the Drug-Free Schools and Communities Act of 1986, which states that any educational institution receiving federal funding must meet the government’s (somewhat hazy) guidelines for discouraging substance use. According to the act, a school is ineligible for federal grants “unless it certifies that it has in place a drug and alcohol abuse prevention program for its students and employees which meets specified minimum requirements.”

Federal grants are an integral part of many universities’ budgets. They’re often used to cover everything from students’ work-study stipends to scientific research to construction projects.

According to Vanderbilt University law professor Robert Mikos, the author of a 2017 textbook on cannabis law, Pepperdine’s decision might seem a bit bizarre — but it’s also one that’s likely to be copied by many other schools.

Can You Be Punished For Using CBD On Campus? (It’s Rare)

While Mikos’ verdict probably isn’t reassuring to the country’s millions of anxious freshmen freaking out before finals, there’s a silver lining: So far, stories of university students or staff actually being punished for using CBD are few and far between.

In April 2019, The Salt Lake Tribune reported that a student at Brigham Young University (BYU) was being investigated after her roommate reported her to school authorities for vaping CBD. However, that case appeared to be connected to the Mormon school’s notoriously strict Honor Code — which also forbids students from consuming coffee or tea — rather than a specific policy against CBD.

There’s also the case of Henry Cobbs, the former dean of academics at the Air Force’s elite Special Operations School in Florida. In 2018, he was fired from his position after a coworker saw him “[smoking] your ‘medicine,’” as detailed in the Sarasota Herald-Tribune. Cobbs had in fact been vaping CBD to manage the symptoms of his prostate cancer.

This is a small sample size of incidents, but it seems to indicate that universities’ anti-CBD rules are likely to be enforced in much the same way as cities’ crackdowns on edibles — inconsistently, and only in the most obvious cases when a “concerned citizen” decides to raise a fuss.

How CBD Could Help College Students

College students have a well-known fondness for cannabis, and one might logically expect that the same holds true for CBD. And it is — but only to an extent. Although students certainly see its appeal, the research reveals some surprising trends when it comes to their actual use.

How Many College Students Use CBD?

While there’s no hard-and-fast data on the total number of college students who use CBD, it’s possible to get a rough idea by looking at the results of other studies investigating CBD use patterns.

First off, if you’re a CBD user there’s a very good chance you have a college education. According to a 2018 survey in the journal Cannabis and Cannabinoids Research that examined nearly 2,500 responses, over 70 percent of participants had finished or were in the process of finishing a higher education program.

However, only 6.3 percent of those users were under the age of 24. While the number of “nontraditional students” has risen in recent years — according to a report from the National Center for Education Statistics, that descriptor could apply to nearly three-quarters of college students, though it’s not an exact proxy for age — this still indicates that college students aren’t the most ravenous consumers of CBD (that honor goes to people between the ages of 55 and 74).

There’s a relatively simple explanation for this: College students are notoriously broke, and CBD tends to be expensive. It’s also not covered by health insurance, which makes it even more difficult for many students to afford.

Why Do College Students Use CBD?

One of the most popular reasons Americans use CBD is to relieve anxiety, and college students are no exception.

As one Emerson student told the school’s paper, “I have very bad anxiety. The way I usually cope with my anxiety is by pulling my hair or eating … When I use CBD it calms me down, and I don’t feel the need to pull my hair anymore, or at least not as much.”

Others find that it helps them study better. Writing in The Badger Herald, an independent student newspaper at the University of Wisconsin-Madison, Emilie Burditt reported that her recent cram session at the school’s library was made easier with the help of CBD capsules. These gave her “an increased sense of energy and more motivation to focus … without the jittery feeling of a highly caffeinated beverage.”

If past history is any indication, it’s unlikely that most CBD-curious college students would be deterred from trying it regardless of their schools’ official policies — and positive anecdotes like these could be a big reason why.