How CBD May Help With New Tattoos (and Old Ones Too) 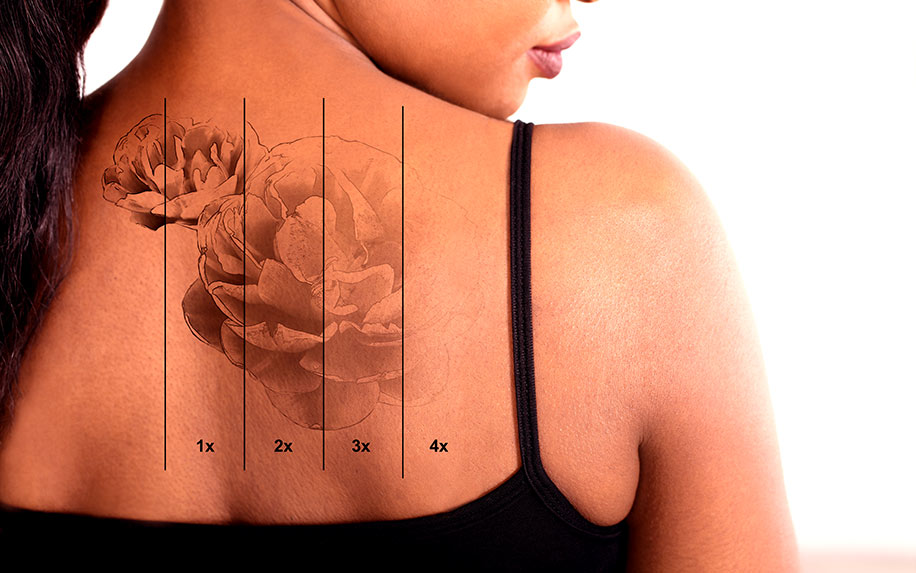 Experts believe CBD’s anti-inflammatory properties may help a host of skin conditions. But the jury’s still out on if it can help heal new tattoos — and tattoo removal. Image Credit: By Andrey_Popov on shutterstock.

Tattoos are more out in the open than ever. After years of being hidden under the sleeves of sailors, it’s now common to see tattoos on your barista, banker, doctor, or even your young-at-heart mom. In fact, a 2017 survey from Statista found that 4 in 10 American adults aged 18 to 69 have a tattoo, and 25 percent have more than one piece of ink.

Cannabis — especially non-intoxicating CBD — is also discarding past stigmas and having a moment right now. In August, a Gallup poll found that 1 in 7 American adults, or 14 percent of the population, now uses a CBD product. Just as with tattoos, people of all ages are getting in on the trend: Boomers have become some of the most avid CBD consumers out there. Regardless of their age, the most common reason users cited for using CBD was to relieve pain and inflammation — which also happen to be two of the less-than-desirable side effects of getting that sweet Spongebob portrait inked across your back.

It’s easy to see, then, why so many people have embraced CBD as a way to take the angst out of getting (and caring for) a new tattoo. But is it really a good idea?

If You’re Considering a Tattoo, Here’s What CBD Might Offer

You may be surprised to learn that scientists haven’t spent much time studying how CBD could make it easier to get tattoos (they tend to be more focused on its uses for epilepsy, irritable bowel syndrome, or other health conditions). Having said that, it’s possible to draw some inferences from studies on other subjects.

Here are three ways that CBD might — might! — come in useful before, during, or after a tattoo appointment:

Reducing anxiety — It’s perfectly normal to be nervous before you get a tattoo on your body. After all, it’s permanent! And if you considered using CBD to help you calm down, you wouldn’t be alone: 20 percent of respondents to the aforementioned Gallup poll said they use it for the same reason.

There’s a decent amount of scientific evidence that CBD can help you with anxiety. A 2012 review conducted by Brazilian researchers showed that the studies to date “clearly suggest an anxiolytic-like effect of CBD.”

Relieving pain and inflammation — As mentioned before, this is the most common reason people use CBD, and it’s also relatively well-supported by science. CBD’s anti-inflammatory properties have been the subject of numerous studies, and the overall results are encouraging.

By reducing inflammation, CBD has been shown to be effective at relieving pain from arthritis and other serious conditions, so there’s an argument to be made that it could prove useful for tattoos as well.

Healing skin — CBD’s ability to reduce skin redness and inflammation isn’t the only thing that makes it potentially useful for healing irritated skin (and if you’ve ever gotten a tattoo, you’ll agree that your skin is most definitely irritated afterward).

It could also help prevent infections. Earlier this year, Australian researchers discovered that CBD could be effective against “superbugs” like Staphylococcus aureus, the bacteria that cause staph infections (and have become increasingly resistant to conventional antibiotics over the years).

How People Are Using CBD for Tattoos

People use CBD for tattoos in two main ways: 1) to relieve pain and anxiety before or during an appointment, and 2) to expedite the healing process afterward. If you’re interested in either of these uses, certain products will be more effective than others. Here’s what you should know:

CBD Before or During a Tattoo Appointment

Here are two common rookie mistakes when getting a tattoo:

Both alcohol and pain relievers will thin your blood, which increases bleeding during your tattoo. Not only does this prevent the ink from “sticking” as it should, it also slows down the healing process.

Since CBD is known for its positive safety profile — when the World Health Organization (WHO) recommended removing all international controls on the cannabinoid, it cited its lack of significant side effects — many people assume that swapping out alcohol or painkillers for CBD is a safer move.

However, the Harvard Health Blog reports that “CBD can increase the level in your blood of the blood thinner coumadin.” Plus, the American Society of Regional Anaesthesia and Pain Medicine (ASRA) says that CBD has been “found to affect platelets and anticoagulants by suppressing their production and thereby potentially increasing bleeding tendencies.”

As a result, it’s not clear that CBD is actually a good idea to use before or during a tattoo appointment, though no studies have specifically examined this yet. If you don’t mind rolling the dice, your best options would be a fast-acting delivery method like vaping, smokable hemp, or perhaps a sublingual strip or tincture. Just be forewarned that it might not go as well as you’d hoped.

Getting a tattoo is (relatively) fast and easy, but caring for it afterwards can feel like an interminable slog. It’s normal for the area to be tender and swollen for a week or more. This inflammatory reaction is your body’s natural response to being punctured thousands of times by tiny needles and having ink deposited deep into your dermis, aka the inner layers of skin.

To relieve that localized pain and inflammation, a CBD topical is likely to be your best option. These can be applied directly to your tattoo in the same way as conventional topicals like Bepanthen — the general rule of thumb is to apply a thin layer whenever the tattoo feels dry or brittle. In the first few days after getting a new tattoo, you might need to re-apply the topical every couple of hours. Later, as the tattoo heals, you can apply the topical less frequently.

Today a number of CBD topicals are formulated specifically for tattoo aftercare, including:

Salves: Susan’s Tattoo Aftercare Salve, for example, is a topical that comes with 300 mg of CBD per ounce and a promise to “keep your tattoo moisturized without blurring the ink.” It’s made with CBD isolate, which isn’t the most effective option available, but it could be worthwhile for those who are extra-sensitive about avoiding CBD.

Ointments: If you’re unclear about the difference between salves and ointments, don’t feel bad — most people have no idea either! The main difference is that salves are made with fresh or dried herbs, while the plant material in ointments comes from essential oils.

If you’re more of an ointment person for whatever reason, you might opt for a product like Hemp Bomb’s Premium Tattoo Aftercare Ointment. It only contains 50 mg of CBD isolate per ounce, though at least it’s tested by a third-party laboratory for purity and potency.

Roll-on applicators: In the tattoo world, these often resemble sticks of deodorant, and the Ink 20/20 product from Hemp Basics is a prime example. The easy-to-apply balm is made with full spectrum CBD (the brand doesn’t specify how much) and also includes SPF to protect your ink from the sun — though you should probably be covering it up until it’s fully healed, anyway.

Is It Safe to Put CBD Topicals on a Tattoo?

That’s a good question, and one that scientists have not yet answered conclusively. Some people with sensitivities to terpenes have been known to experience allergic reactions when using CBD topicals, and there’s always the risk of getting a contaminated product that could cause skin problems due to the heavy metals or pesticides in it. But in general, no major side effects have been identified when using CBD topicals on healthy skin

Tattooed skin isn’t really “healthy,” though — it’s wounded, for lack of a better word. While scientists haven’t specifically examined CBD topicals’ healing properties for tattoos, there is some evidence that suggests they could be useful for healing wounds in general. For example, a 2017 paper in the Journal of Pain and Symptom Management found that “topical medical cannabis has the potential to improve pain management in patients suffering from wounds of all classes,” without causing unwanted side effects.

Regardless of the scarcity of evidence, the tattoo world has embraced CBD tattoo products wholeheartedly. As Inked Magazine put it, “What’s better than a kickass aftercare product? An amazing aftercare product that reduces your pain with CBD.”

Can You Use CBD to Help Heal From Tattoo Removal?

Around 11 percent of people with tattoos regret their decision, according to a 2016 survey from research firm Statistic Brain. That’s the bad news. The somewhat-less-bad news is that tattoos can be removed — it’s just not a fast or easy process, since it typically takes multiple sessions that can cost up to $500 a pop. Some common forms of tattoo removal include:

According to the Mayo Clinic, tattoo removal can entail scarring, skin discoloration, or infection. In theory, CBD topicals could help minimize these issues, though saying there’s a scarcity of research on the topic would be an understatement.

We’ve already covered CBD’s ability to help the body fight off infections, but what about scars? No studies have specifically examined this, but CBD has been shown to help fight free radicals, which can contribute to scar formation. It’s a tenuous link at best, to be sure, but such is life in the still-fledgling world of CBD research.

As for discoloration, so far the science paints a mixed picture. In a 2019 study published in the journal Molecules, Hungarian researchers found that the endocannabinoid system (which can be activated by CBD) does play a significant role in pigmentation disorders. However, they weren’t able to pinpoint if — or to what extent — CBD might be able to help restore skin to its natural color.

So, Should You Use CBD for Your Tattoo?

Ultimately, the decision depends on how much you trust the anecdotal evidence from other tattoo aficionados. However, it does seem like using it beforehand to relieve anxiety or pain might not be the best idea, and the jury is still out on using topicals for aftercare.

At the end of the day, people have been getting (and healing) tattoos for centuries without the benefit of CBD. It might be wise to stick to the tried-and-true methods of our inked-up forebears, at least until the science catches up.