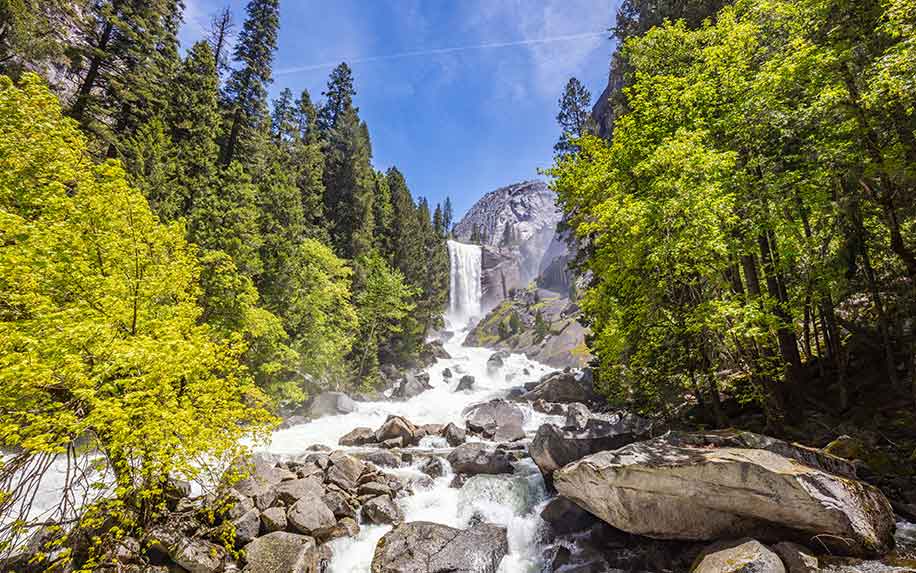 Recently, a report from Quartz highlighted an alarming problem being caused by black market cannabis — its growers are poisoning some of America’s most beloved national parks.

In the space of little over a month, officials discovered over 25,000 illegally grown cannabis plants in the protected forests of California. In July, law enforcement raided a remote area of Stanislaus National Forest, located several hours to the east of San Francisco, where they seized over 2,600 more illegal plants. A few days later, another 11,000 plants would be retrieved in a raid of Plumas National Forest near the Nevada border. Early in August, officials learned that illegal cannabis was being grown throughout the Sierra Nevada mountains. Seizure of illegal plants in Mendocino National Forest and Angeles National Forest soon followed.

Illegal cannabis growing operations have also been busted in other states with legalized cannabis. In Colorado, for example, a May 2019 collaboration between state and federal authorities yielded “the largest collective marijuana bust in state history,” according to Westword, with more than 80,000 plants being seized.

But while previous raids have largely focused on residential areas — as the U.S. Attorney for the District of Colorado told reporters, “These [illegal grow operations] are happening in middle- and upper-class neighborhoods, [where] many of us live and raise families,” — and the social costs associated with black market cannabis, the impact of illegal growers on the environment is now taking center stage — and the revelations are worrying, especially considering the growing demand for cannabis in America.

The Impact of Illegal Cannabis on National Parks

When California legalized recreational cannabis, advocates touted it as a way to both boost state tax revenues and ensure that the plant was being grown and sold in a safe, sustainable manner. But with illegal dispensaries continuing to take a huge bite out of legal sales, and illegal growing operations adding to the cannabis industry’s already-sizable environmental footprint, these hopes have yet to be realized.

Illegal cannabis growers use banned pesticides and too much water.

One of the commonly cited concerns in reports about illegal grow ops in national forests is the use of carbofuran, widely regarded as one of the most dangerous pesticides in the world. It’s been banned in the United States because it has been linked to more bird deaths than any other pesticide, and also causes dangerous health complications in humans. In 2018, the AP reported that researchers and federal authorities had found carbofuran at around 90 percent of illegal grow sites.

Illegal cannabis grow ops also use a lot of water — a resource that is in especially short supply in California, where droughts and wildfires have been a huge problem in recent years. The Los Angeles Times reported that one site alone used 5.4 million gallons per year. According to U.S. Attorney McGregor Scott, “Water is the most important issue in California, and the amount being used to grow an illegal product in the national forest is mind-boggling. If we could divert that water use to legitimate uses, it would go a long way to helping us to solve that problem.”

To clear space for these huge illegal farms, growers are using a practice called “clearcutting,” which involves cutting down every tree in the area to make room for cash crops. This eliminates habitat (and food sources) for local wildlife, along with contributing to soil erosion and other issues.

Understandably, experts are horrified at the implications.

“These are federal lands, and they are being systematically destroyed through clear-cutting,” and other harmful practices, Scott told the Los Angeles Times.

His concerns were echoed by, Mourad Gabriel, co-director of the Integral Ecology Research Center, who believes there are at least 1,700 illegal grow operations in California alone. “It’s a web of death that happens,” said Gabriel.

Reducing the number of illegal cannabis growers is tricky.

A number of carrot-and-stick solutions have been proposed to deal with this issue, but so far few of them have proved effective.

In 2018, Rep. Doug LaMalfa (R-CA) submitted a bill to the House of Representatives that would impose harsh new penalties for growing cannabis on federal property, including national parks. Called the PLANT Act of 2018, it failed to attract enough support to gain serious traction.

A more widely-suggested solution, which has been proposed by cannabis advocates like Chris Beals (the CEO of Weedmaps), is increasing the number of licenses available to legal cannabis businesses, especially in tightly-regulated states like California.

However, there are complications here as well — for one, less than a quarter of California’s cities allow legal cannabis sales. As Alex Traverso, the spokesman of California’s Bureau of Cannabis Control, told NBC News, “The bureau would love to be able to license more cannabis retail locations in California. Unfortunately, there are a number of factors that prevent us from doing that. It’s not all under our control.”

The bigger issue is simply that black market cannabis is still wildly profitable — until authorities find a way to fix that particular problem, America’s national parks will likely still be at risk.