Could CBD Help You Survive the Office Holiday Party? 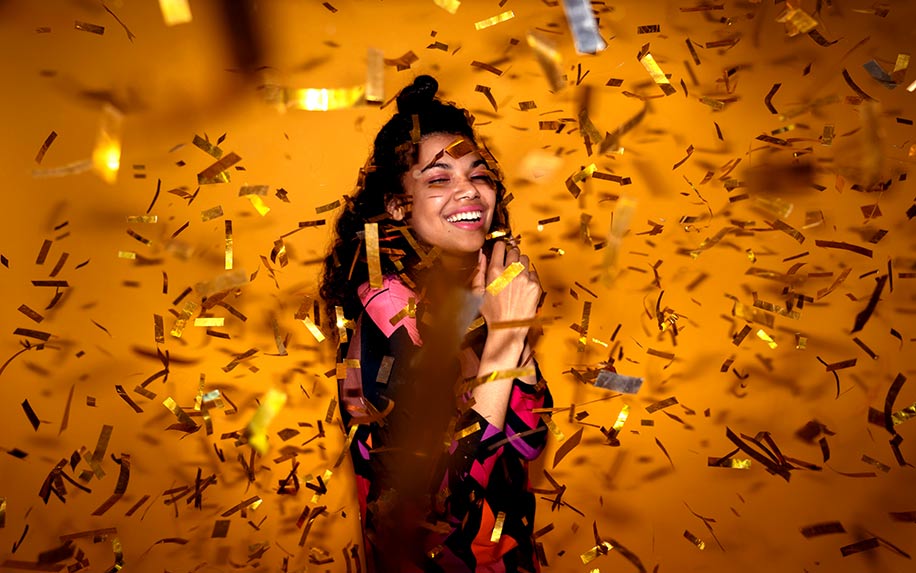 Could CBD make you the least anxious person at the office holiday party? Image Credit: By insta_photos on shutterstock.

It’s that time of year in the office again: the artificial spruce tree is up in the foyer, your coworker has pulled out her collection of tacky Santa sweaters, and sitting on your desk in all its glittered glory is the invitation to this year’s — gulp — obligatory office holiday party.

According to a 2017 study from Four Loko (yes, that’s the maker of those notoriously stupefying malt beverages), 26 percent of people have done something they regret at a holiday party, 36 percent have seen their boss do something embarrassing at the event, and a whopping 53 percent are not excited about the whole tradition in general.

But before the memory of your supervisor’s off-key rendition of “Baby Got Back” makes you preemptively call in sick for the big event, consider this: CBD, the non-intoxicating, (potentially) anxiety-reducing, (possibly) complexion-enhancing compound in cannabis, might help you actually enjoy this year’s festivities.

You may be thinking — a cannabis product at a work event? Won’t that get me fired?

Well, if you’re a NASA employee or a Navy sailor or anyone else who works for a federal agency, the answer is “yes” and you probably shouldn’t risk it. And if your company has a zero-tolerance drug policy, you also might want to abstain. CBD has been known to trigger false positives on drug tests, since many tests can’t distinguish between it and THC.

For most American workers, though, hemp-derived CBD (which has less than 0.3 percent THC by definition) is fair game. This is thanks to the 2018 Farm Bill, which legalized hemp and the various products made from it. There are still a few states where CBD is illegal, and others like Iowa where it requires a prescription, at least in theory. However, the majority of people are free to use CBD just as they would any other over-the-counter product from their local pharmacy or supermarket (though we can’t stress enough that your personal circumstances may vary, and this is not legal advice!).

Aside from the legal aspect of things, what about the social stigma? That’s fading even faster than prohibition. According to an August poll from Gallup, 14 percent of adult Americans are already using CBD, and according to a July poll from the agency, almost 40 percent want more access to the non-intoxicating cannabinoid.

CBD can’t keep your boss from giving a rambling, incoherent toast to the “restructurings” of the past year, nor will it prevent the Ron Swanson-wannabe in the office from making painfully unfunny jokes about mistletoe in the #MeToo era. It is, and we’d like to make this clear as humanly possible, not a miracle potion.

That being said, here’s what it could do for you:

CBD Might Take the Edge Off Your Social Anxiety

No office party would be complete without an HR-mandated karaoke session that gets your heart pumping for all the wrong reasons. And few of us are lucky enough to make it through the entire evening without having to converse with at least one of the company big-wigs. Add it all up, and you have the perfect recipe for social anxiety, which the Anxiety and Depression Association of America defines as “intense anxiety or fear of being judged, negatively evaluated, or rejected in a social or performance situation.” If that sounds familiar, you might be one of over 15 million American adults who are living with the condition.

You might also find CBD to be helpful in reducing your anxiety.  Multiple studies have shown it has anxiolytic (i.e. anti-anxiety) properties. In fact, one of the most widely-cited studies specifically examined CBD’s ability to tame social anxiety — in 2011, Brazilian researchers gave CBD to a group of human subjects with the condition before asking them to complete a simulated public speaking test. Compared to the control group, who received a placebo, the CBD-takers showed “significantly reduced anxiety, cognitive impairment and discomfort in their speech performance.”

It’s true that for years people have traditionally turned to (heavily spiked) punch for the same effects. But as many of us know all too well, liquid courage comes with some major trade offs. That’s why it’s encouraging that studies like this 2019 paper in The Permanente Journal have found CBD “may hold benefit for anxiety-related disorders” without “[altering] consciousness or [triggering] a ‘high.’”

Here’s a statistic you may or may not find surprising: 7 percent of people have no friends at work, while more than half have just a few, according to a 2018 study from workplace tech company Virgin Pulse. But even if your workplace bonhomie is everything you could ask for, chances are good there’s still that too-talkative teammate or needlessly rude manager who makes you so mad you could punch an elf.

As satisfying as that might be, it’s probably best avoided, and CBD could potentially prove useful in this regard. A recent study from Brazilian researchers found that CBD helped curb aggression in mice because it “affects two neurotransmitters that regulate aggressive impulses.” The results of this study haven’t been replicated yet, and what’s true for mice isn’t necessarily true for humans, but it’s an encouraging start.

So if those snobs from design are turning your game of charades into a simmering bloodbath, maybe cool it on the eggnog (studies show alcohol does increase aggression, particularly if you’re a live-in-the-moment type) and try some CBD instead.

For many of us, posing for pictures is the worst part of the office holiday party — acne breakouts and other complexion-altering flare ups know just when to strike, after all. But instead of hiding behind your burliest coworker when it’s photo time or skipping the festivities altogether, it might be worth giving CBD a try. While there’s a lot of dubious hype around CBD skin care products, studies do show its anti-inflammatory and hydrating properties (among other things) could do a lot for your skin.

For example, preliminary human studies have found that CBD-infused ointment improved skin hydration and elasticity, and even helped to make scars fade faster. Studies have also found that CBD helps regulate sebum production, an oil that can cause breakouts when there’s too much and scaliness when there’s too little. There’s also evidence that it can help with serious, chronic skin conditions like psoriasis and atopic dermatitis.

Will that actually make you hate getting in front of the camera any less? Who knows? But at least you’ll have less reason to cringe when the photos start circulating in Slack.

CBD: The Ideal “I Have No Idea What to Get Them” Gift

Despite the fact that almost everyone hates the office gift exchange, it still happens every year. And like clockwork, you end up with 60 year-old Doris from accounting or Greg the Guy of Indeterminate Age and Interests. This year, instead of agonizing over what to get them, why not take the easy way out and order some CBD-infused knickknack online?

Sure, a lot of CBD products are expensive, but it’s not too hard to find affordable options if you know where to look (we put together an entire CBD skin care routine for under $100, so you could just steal an item off that list if you’re feeling especially lazy). To make things even better, your gift comes with a built-in justification:

“You know, CBD is just so popular these days, and when I saw this face lotion/protein powder/weird old-fashioned tincture I immediately thought of you!”
But the best part? No matter your recipient’s age, they’re likely to be quite pleased. Millennials’ fondness for all things cannabis-related is no secret, but Boomers are actually CBD’s biggest fans — according to a study from cannabis service Eaze, people born between 1946 and 1964 are the most likely to purchase CBD products. As for Generation X, well, they’re used to taking what they can get.

Enjoy the festivities, everyone!