CBD Towels Are Now a Thing You Can Buy 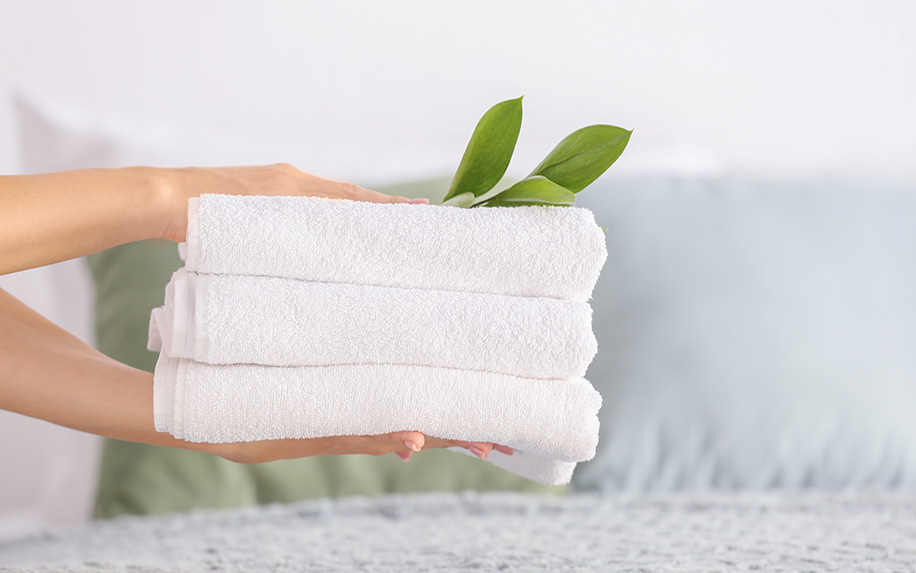 The maker of new “CBD towels” has failed to explain how the CBD gets in them. Image Credit: By Pixel-Shot on shutterstock.

If you’re looking for evidence that CBD has jumped the shark, the emergence of CBD textiles might be Exhibit A (though digital CBD energy frequencies certainly give them a run for their money). This burgeoning trend seems to be driven by the same wide-eyed, feverishly upbeat impulse behind things like drunk yoga and vegan cheeseburgers — one that won’t stop until every last object, activity, and ephemeral concept in our lives somehow “supports wellness.”

As a result, we now live in a world where CBD-infused towels are a reality.

Mercifully, the contagion is relatively limited (at least for the time being). Currently there’s only one manufacturer of CBD towels: Chinese brand Loftex, the second-biggest towel manufacturer in China. The company has developed a reputation for its unusual growth strategies since expanding its international presence more than a decade ago; in 2008, it won Walmart’s “Innovative Vendor of the Year” award.

One thing Loftex won’t win any awards for, though, is transparency when it comes to the brand’s CBD-infused towels. Despite debuting the new products at the New York Home Fashions Show in mid-September, Loftex still hasn’t provided the public with any information about their price, CBD content, or future availability.

Nor has Loftex explained how its CBD towels would actually work, despite promising that they “speak to total luxury and wellbeing.” Here, at least, it’s possible to make an educated guess: At the Heimtextil 2019 conference in Frankfurt, Germany, a company called Devan Chemicals unveiled a CBD textile infusion process that seems to have been imitated by a number of other manufacturers. Essentially, it involves embedding microcapsules full of CBD into a fabric, which break when friction occurs (ex. when you rub your towel against your back after stepping out of the shower).

On one hand, it’s fair to question how much of a “problem” CBD towels really pose — they’re an isolated phenomenon at the moment, they’re unlikely to cause major health problems for anyone, and there are worse things in life than a towel with inflated marketing claims. However, they do represent a worrying development for a CBD industry already struggling to earn consumers’ trust. Products like these attract attention thanks to their “WTF” factor, but they also cheapen the reputation of CBD for the same reason. When people see the non-intoxicating cannabinoid popping up in seemingly ridiculous products like infused towels, it becomes harder for them to believe that CBD in other forms could actually be effective at soothing panic attacks or relieving arthritis pain.

The more nonsensical CBD products become, the greater the risk that CBD itself will come to be viewed in the same light as blockchain: A genuinely useful innovation whose real value is lost among all the noise around it.

Why You Should Be Skeptical About CBD Towels

Loftex isn’t the most-mocked maker of CBD textiles today, as that dubious honor goes to Acabada Active, whose exorbitantly priced CBD workout clothes were recently featured in Slate’s “Who Would Buy This Thing?” column. However, even Acabada has done a better job of preemptively countering its critics than Loftex, which seems to be hoping that the mere mention of CBD in its towels will have customers falling over themselves to whip out their wallets.

When a CBD product is legit, the brand that makes it will tell you so — loudly. Their website will proudly explain exactly how much CBD the product contains, and how much is in a standard serving size. It’ll describe what type of CBD oil is in the product, and what kinds of cannabinoids and terpenes are present. It’ll provide a third party lab test so you can see for yourself that the product is pure, and it may even go into detail about how the hemp or marijuana plants used to make the product were grown, just to give you added peace of mind.

Loftex does none of those things.

This doesn’t necessarily mean that their towels are free of CBD, full of toxic chemicals, or marred by any other kind of flaw. However, as a consumer, the lack of information here should have all your alarm bells ringing like mad. Even a minimal product page or company blog post would at least give you the chance to evaluate something about the towels, and the fact that Loftex doesn’t attempt to answer their customers’ questions — they haven’t even made the obligatory “These towels won’t get you high” clarification! — suggests they have a dim view of your powers of discernment.

This is another bit of information that Loftex doesn’t provide about their towels, but if other CBD-infused textiles are any indication, you shouldn’t expect them to retain their alleged powers for long.

Acabada, for example, claims that its activewear items will stay infused for 40 washes. Royal Heritage Home, the maker of CBD bed sheets, estimates that its products have a 30-wash lifespan.

Assuming that CBD towels split the difference — and you actually use them regularly — that means they’ll effectively turn back into regular towels in a matter of months. In theory, you could wash them less often and thus prolong their lifespan, but if you’ve ever smelled a towel after two weeks of uninterrupted use, you’ll understand why that’s unlikely to be a popular solution.

Loftex hasn’t made any claims about what its CBD towels might do (or who might benefit from them), aside from a brief and vague statement from senior vice president Gretchen Dale, who said, “This beautiful [CBD] oil has become recognized and accepted in the world of wellness and it seemed only natural to have it as a part of the new Loftex Wellness Collection.”

Since “enhancing your wellness” is often synonymous with “not feeling so stressed and irritable,” it’s likely that Loftex will at some point pitch its CBD towels as a tool for relieving anxiety. There’s actually some precedent for this in the world of textiles: Weighted blankets have been endorsed by the patient advocacy group Autism Speaks as a useful tool for anxiety relief.

However, any scientist not on Loftex’s payroll would probably laugh out loud at claims that CBD towels could reduce anxiety (or pain or insomnia or other conditions for which CBD is commonly used). Even topical creams, which tend to have a much higher cannabinoid content, usually have problems getting past the skin into the bloodstream, despite the help of carrier oils and other key ingredients. Rubbing your skin with a piece of cloth that has embedded microcapsules doesn’t seem like an upgrade here.

However, just as some people get a warm and tingly feeling from pulling on a thick robe after they get out of the shower, it’s possible that an infused towel made from the right fabric could bring a smile to your face. But even so, that’s probably because of its thread count, not its CBD.