CBD Is Popping Up in Ayurvedic Massage Studios: Here’s Why 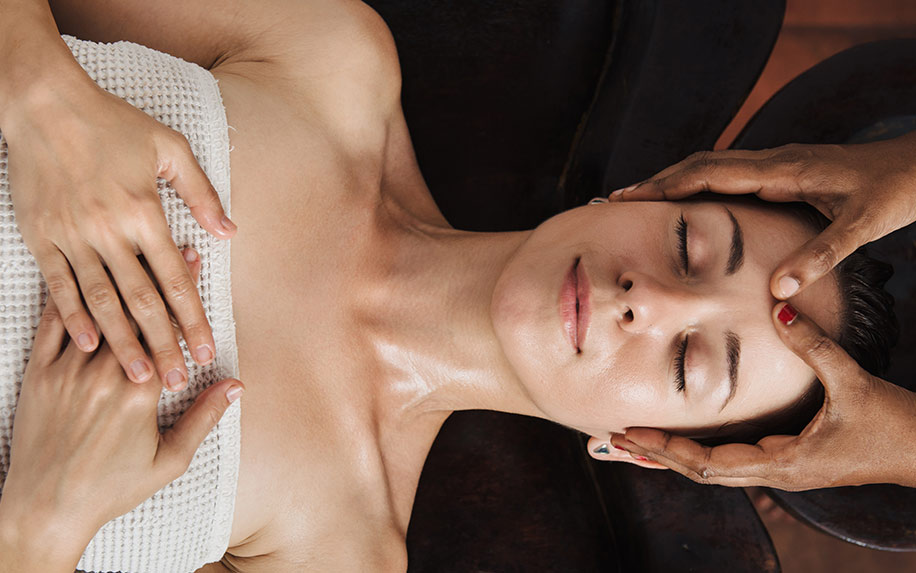 The complex treatment provided by ayurvedic massage studios is getting CBD as its newest partner. Image Credit: By Nina Lishchuk on shutterstock

For most people, Ayurvedic body massage is already an adventure into a previously unknown corner of the wellness world. Now, it’s getting a new twist: CBD.

While many Americans are unfamiliar with Ayurvedic massage (or Ayurveda itself, for that matter), this ancient Indian healing technique has been around for thousands of years, and its pedigree is impressive. Drawing on a deep knowledge of herbal oils, energy channels, and human nature, Ayurveda has become increasingly popular among westerners in recent years as people seek alternatives to conventional pharmaceuticals and therapies.

Now, the cultural fusion is taking on a new dimension as more and more Ayurvedic massage studios begin to incorporate CBD into their services.

What Is Ayurvedic Massage?

Although Ayurvedic massage might be new to the spa and beauty salons of the West, historians believe its origins can be traced back to 6,000 BCE. Ancient scriptures detail the transfer of medical knowledge from gods to demigods and finally, to a small number of chosen humans.

Traditional Ayurvedic medicine relies on the use of herbs, oils, and metals for creating complex treatments for all kinds of ailments, from everyday annoyances to chronic, life-threatening conditions. Throughout history, Ayurvedic healers placed a heavy emphasis on balancing the doshas — bodily energies derived from the natural elements air, space, water, fire, and earth.

Today, the tradition has been incorporated into many modern practices: dosha-balancing cookbooks are on sale in most large bookstores, and Ayurvedic teas are becoming more mainstream. It’s also become an increasingly popular form of massage, especially as society’s collective stress levels continue to rise (along with our insurance payments, if we’re lucky enough to have insurance in the first place).

The primary aim of Ayurvedic massage is to open up the srotas (channels) within the body to allow energy to flow more easily. This is done through the use of herbal oils, which are usually gently heated until warm and then massaged into the skin, where the specially-prepared concoction helps restore the recipient’s mental and physical equilibrium. While there’s little scientific evidence to support many claims about the technique’s benefits, anecdotal reports show that it can be quite effective under the right circumstances.

But what’s the connection to CBD?

How Does CBD Fit In?

CBD is derived from the cannabis sativa genus of plants, which includes both hemp and marijuana. Both of these have played an important role in Indian medicine for centuries. According to one philosopher, “[Cannabis] cures dysentery and sunstroke, clears phlegm, quickens digestion, sharpens appetite, makes the tongue of the lisper plain, freshens the intellect and gives alertness to the body and gaiety to the mind. Such are the useful and needful ends for which in His goodness the Almighty made [cannabis],” as quoted in the book “Marihuana: The First Twelve Thousand Years.”

Keeping an open mind is integral to Ayurvedic practice, and as the overlap between practitioners and cannabis users continues to broaden, many have suggested that the medicinal properties of CBD — such as its anti-aging benefits and ability to reduce anxiety — make it an apt addition to Ayurvedic massage.

Another more cynical theory is that we’re simply witnessing the convergence of two popular trends, one that is destined to be short-lived. Indeed, since many of the benefits of CBD are redundant with those of traditional Ayurvedic herbs, there’s reason to doubt that this new phenomenon actually “enhances” anything other than the cost of your massage.

That being said, sometimes the placebo effect is the most useful one of all.