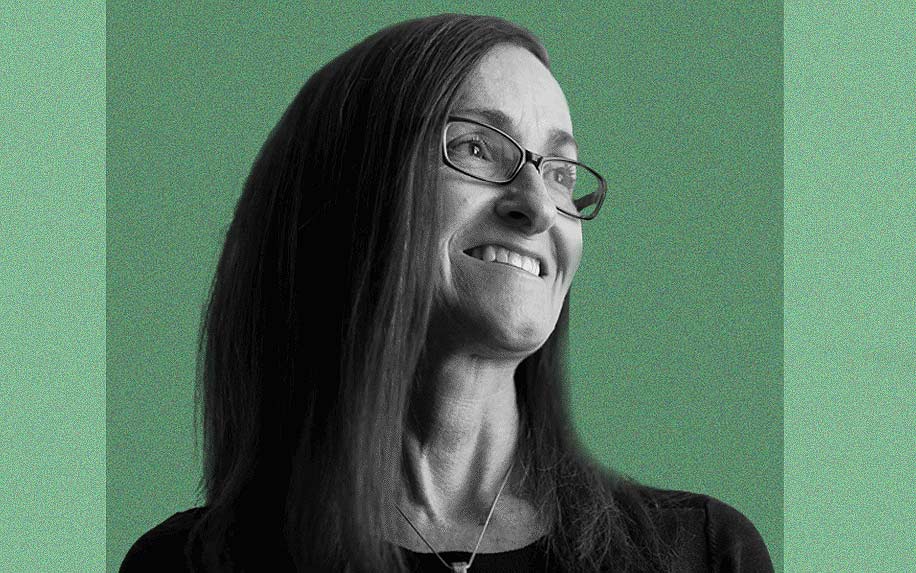 Dr. Carey Clark has been a medical cannabis advocate for more than three decades. Image Credit: By cannabisMD.

In the past decade, millions of Americans have embraced medical cannabis, with patients across the country now using the plant to potentially relieve their pain, insomnia, anxiety, and other health issues. Studies show people prefer medical cannabis over prescription drugs, and deem it safer, more affordable, and more effective than conventional medications. However, much of the medical community still has a more skeptical view when it comes to cannabis medicine.

Although many health professionals have called for increased access to medical cannabis, they’re fighting an uphill battle against decades’ worth of stigma and the nebulous legal status of the plant. For years, even showing an interest an interest in cannabis was enough to put one’s job in jeopardy, and the ongoing federal prohibition means that many healthcare workers can face harsh consequences for a pro-cannabis stance.

But some are still speaking out — like Dr. Carey S. Clark, president of the American Cannabis Nurses Association and an associate professor of nursing at the University of Maine at Augusta. An outspoken advocate of cannabis medicine for thirty years, this month Dr Clark joins cannabisMD as an expert contributor. In the weeks to come, she’ll be sharing her insights and experience of how this often-misunderstood plant can be a tool for positive change in people’s lives. We talked to Dr. Clark about how she came to her views on cannabis and how she sees the future of cannabis medicine.

cannabisMD: Tell us how you first became interested in cannabis medicine: What were you doing before and how did you get here?

Dr. Carey S. Clark: I lived in Western Sonoma County for many years, and all of my neighbors grew cannabis outdoors. In the fall, right before harvest, the terpenes wafting off the cannabis plants would fill the air.

Cannabis was sort of a way of life in that geographical area, and though I was working as a hospice nurse, we were not allowed to talk to our patients about it. If we saw cannabis in the house, we were to ignore it. If patients were using cannabis in front of us, we were to ask them not to do so. When I moved to Maine in 2010, I noticed that the cannabis culture on the surface was not as prevalent as it was in California, even though Maine at the time had the second-largest per capita cannabis use. Since the late 1980s, I was a supporter of medicinal cannabis use, but I never delved into how it worked in the body or how patients could best benefit from its use.

When I moved to Maine, the students at my university created a student club that is also an official chapter of the American Holistic Nurses Association. They brought Dr. Dustin Sulak to campus to talk about compassion in providing patient care. After his talk, we inquired about having him come back to campus to talk about medical cannabis. After this second visit, where he explained the human endocannabinoid system, it was like a big lightbulb went off in not just my mind, but my entire being. I began to delve into the benefits of medical cannabis, the endocannabinoid system, and explore how cannabis could best help patients.

Dr. Sulak came back to our school again to talk to my nursing students who were taking a thanatology (study of death and dying) class and on this occasion, he told me about the American Cannabis Nurses Association. I joined right away and became involved with developing our first curriculum and starting up the research and education committee. After I had met the minimum membership requirements, I became a board member and decided to run for President.

I continue to work with nursing students, and my work in cannabis care has focused mainly on education for nurses and advocacy for patients. I have spoken at many conferences where I have been honored to be able to reach oncology, holistic, maternal-child, and hospice nurses. I am currently editing the first cannabis care textbook for nurses to be published by Wolters-Kuhlwer in 2021. I have worked with Pacific College to develop the first accredited academic medical cannabis certificate, and I will be taking on the role of Nursing Program Director at Pacific College in 2020.

As an advocate for change in policy, I was also very active in the “yes on 1” movement in Maine to bring adult use cannabis to the state, hoping that people would have better access to safe and tested cannabis. This was a bit of a risk to take at the time, as many health care professionals do not understand how cannabis works in the body. I was criticized and my job was threatened for taking a bold and very public stance that this was what was right for the citizens of Maine. I was able to keep my job since I had tenure, and we prevailed, and some three years later, it looks like adult use cannabis sales may actually start to happen in the next six months.

cMD: How do you think the medical community’s attitude toward cannabis shifted in the last 10 years?

Dr. Clark: I am seeing a more open and curious approach. I find that once nurses learn even just a little bit about the endocannabinoid system, once they consider how prohibition was built on propaganda and racism, and once they understand how people can benefit from medicinal cannabis, their hearts and minds shift toward supporting medicinal cannabis use.

Additionally, in June 2018 the National Council of State Boards of Nursing (NCSBN) issued an in-depth statement through an article in the Journal of Nursing Regulation that all pre-licensure and graduate nursing students must be educated around six essential areas of knowledge regarding how to support patients’ medicinal use of cannabis.

This implies that in the near future, there will be questions on nursing’s national licensure examinations related to medical cannabis, the endocannabinoid system, and the pharmacodynamics and pharmacokinetics of cannabis. While most schools of nursing have yet to embrace this in truly meaningful ways in their curricula, this is a sure sign that the tide is shifting.

cMD: In your opinion, what are the biggest challenges in cannabis medicine?

Dr. Clark: In the medical community, some of the biggest challenges in supporting patients’ safe and effective use of cannabinoid medicines are cannabis ignorance or knowledge deficit and “Reefer Madness”-era stigma. Of course, the fact that the federal government still considers cannabis a Schedule I substance creates fear and barriers, and as medical professionals we should be advocating for change around the federal scheduling issue.

While ideally the cannabis plant would be freed from all federal scheduling constraints, the American Nurses Association has called for moving cannabis to Schedule II, which would be a start in allowing for more cannabinoid medicines to be developed, while easing the way for more human clinical trials. The American Cannabis Nurses Association has called for removal of cannabis from the schedule entirely, which ideally would help clear the path for better research and access.

cMD: What role do nurses play in educating patients about cannabis medicine?

Dr. Clark: As mentioned above, in 2018, the National Council of State Boards of Nursing (NCSBN) defined six essential areas of knowledge and skills that all nurses must have to support patients with medicinal use of cannabis. As part of the NCSBN Nursing Guidelines for Medical Marijuana, these “Six Principles of Essential Knowledge” are intended to equip nurses with the tools to help patients make smart, informed choices:

It’s no longer OK for nurses to ignore patients’ use of cannabis, or conversely, to blindly accept the use without considering potential medication interactions and adverse effects. We are now called upon to guide patients through the process. In our scope of practice we can always educate and we can always coach patients around safe and effective use of cannabis. It’s also essential that nurses help to end the stigma associated with use of cannabis.

cMD: What are your patients’ most common questions or concerns about cannabis?

cMD: Have you been encouraged (or disappointed) by any recent cannabis research projects?

Last spring an article came out in The Lancet Psychiatry about high potency cannabis being a causative factor with first time psychosis diagnosis. I thoroughly analyzed the article via a blog posting, and then wrote a rebuttal to The Lancet Psychiatry, which was published. You can read the original blog posting here, and my rebuttal (which was greatly constrained due to the word limits the journal has on rebuttals) can be found here.

My main issues with this large study were:

Furthermore, there was no follow-up to determine if the folks who used cannabis actually ended up with a mental health diagnosis like schizophrenia, or if they “recovered” from their psychosis diagnosis. This kind of poor science serves to further stigma.

cMD: What’s the single biggest misconception about cannabis medicine you’d like to dispel?

Dr. Clark: That cannabis use is only about an excuse to “get high.”

cMD: Five years from now, do you think cannabis will be accepted into mainstream medicine? Or where do you think we’ll be?

I am hopeful that in five years cannabis medicine will be much more accepted, and we will be on the path to doing better research around cannabis use and its benefits.

We see inklings of this happening, with California passing a bill that end-of-life care patients could be provided cannabis in hospital setting. However it was recently vetoed by Governor [Gavin] Newsom out of fear related to the federal status of cannabis.

Meanwhile, we are making progress slowly and surely as we move out of the cannabis prohibition era and into the cannabis regulation era.

Carey S. Clark, PhD, RN, AHN-BC, RYT has been a nurse for 24 years, with a wide practice background including experience within the acute care setting, pediatrics, hospice care, and parish nursing. Dr. Clark is an associate professor at University of Maine at Augusta and the President of the American Cannabis Nurses Association (ACNA). Dr. Clark has presented on the endocannabinoid system and the nurse’s role with supporting medicinal use of cannabis at the American Holistic Nurses Association national conference and the Oncology Nursing Society’s National Congress. Dr. Clark continues to support oncology and holistic nurses’ cannabis science knowledge development through her presentations at local and regional conferences. She was a part of the team that created the cannabis care certificate program for nurses at Pacific College of Oriental Medicine and she is the editor of the forthcoming Wolters Kuhlwer textbook Cannabis: A Handbook for Nurses (2021). Dr. Clark looks forward to sharing her knowledge with other like-minded nurses and healthcare providers.