6 Ways to Use Cannabis That Are Safer Than Vaping 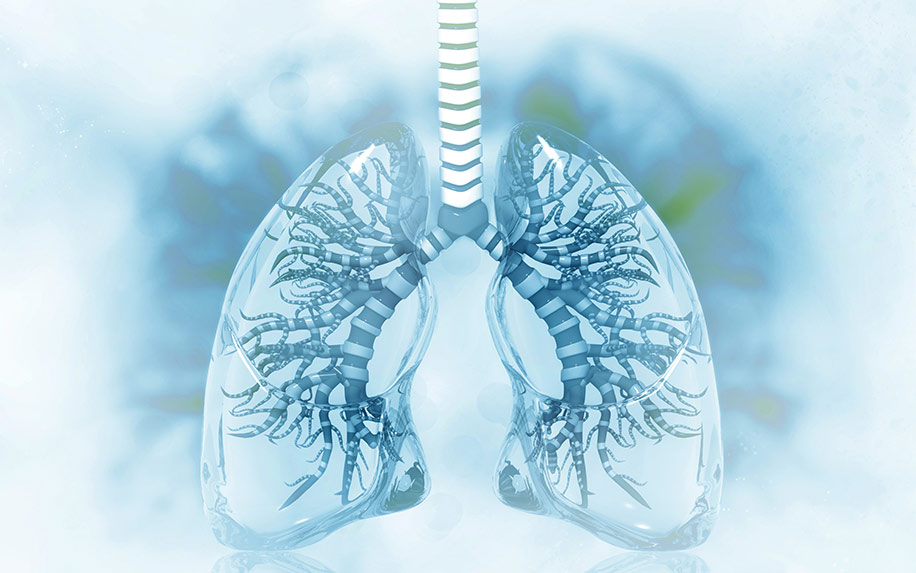 After a spate of vaping scares, consumers are looking for safe ways to use cannabis that won’t endanger their lungs. Image Credit: By crystal light on shutterstock.

In late November, the Centers for Disease Control and Prevention (CDC) made an announcement that was both encouraging and sobering. The agency, which had spent months investigating an epidemic of vape-related lung diseases that has claimed the lives of 47 people and seriously harmed at least 2,290 more, finally identified a “chemical of concern”: vitamin E acetate, a common ingredient in the black market THC vape products linked to the vast majority of cases.

But while vitamin E acetate is generally associated with counterfeit vape products rather than legitimate ones, it’s possible that it could be found in the latter as well. That’s because many states with legal cannabis, like Washington, don’t test for it as part of the regulatory process. A spokesperson for Washington’s Liquor and Cannabis Board told Vox, “Until only recently with the outbreak of the vapor associated lung injury crisis, no one suspected additional safety tests should be considered.”

As a result, the CDC recommended “people should not use THC-containing e-cigarette, or vaping, products” at all, though it stipulated that products acquired from “informal sources” like family, friends or online marketplaces should be treated with special caution.

Is the warning over the top? Maybe. But in the absence of federal cannabis legalization — and the better regulatory standards that would accompany it —it’s also the only real way for people to be sure they’re not inhaling dangerous chemicals along with their medicine.

So what’s a health-focused cannabis user to do? Stop using the plant entirely? That’s unlikely to be a satisfactory answer for most people. Cannabis use is more popular in America than ever before, according to this year’s National Survey on Drug Use and Health. On the bright side, there are now many ways to get your daily dose of cannabis without putting your lungs at risk.

6 Ways to Use Cannabis That Won’t Hurt Your Lungs

Don’t expect to find “smoking a joint” on this list — studies show cannabis smoke isn’t nearly as harmful as tobacco smoke, but there’s no need to wade back into that swamp to find an alternative to vaping.

Here are six ways to use cannabis that your respiratory system will appreciate:

Tinctures have been around for centuries, and they’re not exclusive to cannabis use. They’re made by extracting medicinal compounds from a plant — in the case of cannabis, these would be the plant’s cannabinoids and terpenes —using a solvent, which is typically alcohol-based. Some cannabis tinctures use non-alcoholic solvents, though these can sometimes be less effective at extracting those helpful (and expensive) compounds.

Regardless of the extraction method, using a tincture is simple. It typically comes in a small vial with an eyedropper for easy dosing. In theory you can apply it topically, but the most effective way is to squeeze the liquid beneath your tongue. That’s where your sublingual capillaries are located, which makes for quick absorption into the bloodstream. While it won’t deliver near-instant results like smoking or vaping, a 2010 study in the journal Clinical Chemistry found that this delivery method (called “oromucosal”) makes it easier and faster for the body to absorb cannabinoids like THC and CBD compared to taking a pill or eating an edible. It’s not unusual for users to feel the effects within 15 minutes or so.

Tinctures are now available in a wide variety of potencies and flavors. They tend to cost at least $50 a vial, though products with higher concentrations of cannabinoids can reach $100 or more.

These products have proven popular for a variety of reasons: they’re discreet, odor-free, and they allow precise control over your dosage.

Another benefit of cannabis capsules is their “long therapeutic window.” In other words, they provide more relief from symptoms over an extended time period when compared to smoking or vaping. According to a 2019 study from Israeli researchers, the effects of cannabis capsules can typically be felt for 4-8 hours. It’s worth mentioning that in this study, a number of patients reported side effects like dizziness or anxiety due to the high THC content (10 mg) in the capsules originally given to them, though these disappeared when the dose was dropped to 5 mg.

If you’re thinking about taking cannabis capsules, keep in mind they may take a while to show their effects. In the study above, the researchers used a custom batch of capsules that kicked in within 20-60 minutes, but it’s not unusual for it to take longer.

Cannabis capsules are available in a huge variety of formulations, including with or without THC. A container of 10 usually starts around $30.

Cannabis edibles are one of the most widely-known alternative delivery methods, and also one of the most controversial. They’ve inspired a great deal of pearl-clutching after being linked with a number of cannabis tourism incidents and a rise in cannabis-related hospitalizations. While it’s a stretch to say edibles inherently dangerous, almost every person who’s tried them has a harrowing story or two — and most of the time, it’s because they had too much, too fast.

As with capsules, users can expect a slow onset after consuming an edible — sometimes as much as 3 hours. That’s because the body has to digest the edible first before its THC and/or other cannabinoids are absorbed into the bloodstream. People who expect quicker results often over-consume before this happens, and as a result, they can spend the next several hours feeling quite uncomfortable.

When used responsibly, though, edibles share a number of the same advantages as capsules, with the added benefit of coming in a nearly limitless variety of forms. Gummies are perhaps the most popular, and they’re also relatively affordable, usually selling for around $15-25 for a pack of ten.

Creams, lotions, and other topical products made with cannabis have become increasingly popular with everyone from beauty lovers to sports buffs. There’s some controversy over how well they work, whether that’s in terms of pain relief or treating acne breakouts, but they’ve still become one of the most widely-used alternative cannabis delivery methods.

Many people turn to topicals because they allow for targeted use, like easing joint pain or reducing skin redness, without getting you high. This is true even when the products contain THC, which is responsible for cannabis’ intoxicating effects. According to a 2017 study in Forensic Science International, “topically applied products did not produce cannabinoid findings in blood or urine.” In other words, they didn’t show up on a drug test.

A topical cream will usually cost at least $30 and could easily cost closer to $75 or $100 depending on the brand and the strength of the product. As a rule of thumb, a higher dosage will come at a higher cost.

If you’ve never had to use a nebulizer, here’s a quick explanation: they’re machines typically used by people with conditions like asthma or chronic obstructive pulmonary disease to help them breathe better. They work by pumping an aerosolized mist into the patient’s lungs, which relieves breathing problems.

If that sounds kind of similar to vaping to you, you’re not crazy. But there’s an important difference. Instead of vape oils, cannabis nebulizers use emulsions, for which there’s not much of a black market. On top of that, there’s no heating coil involved, which means there’s no risk of heavy metals or other chemicals leaching into the emulsion. However, cannabis nebulizers do share some of vaping’s more positive characteristics, like a quick onset time and high bioavailability.

Unfortunately, these benefits come with a steep cost. Cannabis nebulizers aren’t widely available, and the few models that do exist are quite expensive. A mid-range model costs around $500.

Yes, you can take cannabis that way. Cannabis tampons and other suppositories aren’t exactly mainstream yet, but they’ve attracted more attention than you might imagine. And while it’s easy to crack jokes about the trend, there’s some scientific evidence to back it up.

The idea behind cannabis suppositories is that tissues in the rectum and vagina contain blood vessels that can quickly carry cannabinoids throughout the body, making them especially well-suited to treating issues like menstrual cramps and gastrointestinal issues. There’s a relative scarcity of research on the subject, but a 2018 study in the journal Medical Cannabis and Cannabinoids found that suppositories could be “an excellent alternative approach to delivery of [THC],” due to their high bioavailability, sustained effects, and lack of intoxication.

While cannabis suppositories are still a relative rarity, you can find them from a growing number of brands like Foria. However, they can be quite pricey — an 8-pack of tampons from Foria costs a whopping $72.

Mary Clifton, M.D. is a licensed and board-certified internal medicine doctor practicing in Manhattan. A recognized expert in CBD and cannabis, she is the founder of CBDandCannabisInfo.com and the highly respected professional certification course, “The Cannabinoid Protocol.” She provides specialized consultation on patient and provider education, telemedicine, and cannabinoids, and has worked with several pharmaceutical, CBD, and cannabis corporations. She also speaks at major cannabinoid events around the world, including Africa, Europe, and Asia. Dr. Clifton is the bestselling author of “The Grass Is Greener: Medical Marijuana, THC & CBD OIL: Reversing Chronic Pain, Inflammation and Disease” and “Get Waisted”, as well as five companion cookbooks. Her series of cannabis education videos can be found on YouTube.