Why You Should Be Wary of Those CBD K-Cups 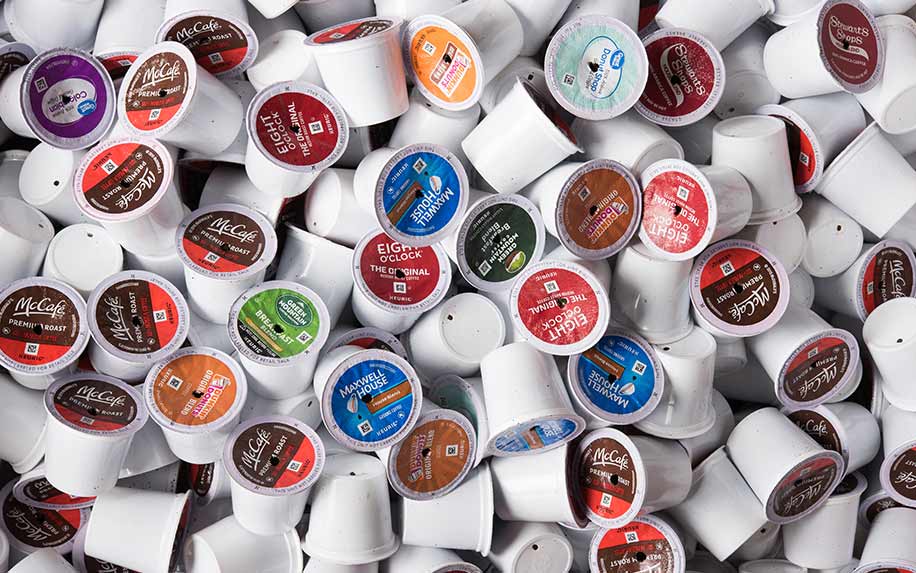 Regardless of the effectiveness of the CBD K-cups, there’s another major problem: Their environmental impact. Image Credit: By Dave Nelson on shutterstock.

Since they were first introduced in the 1990s, single-serving coffee pods have changed the way many Americans drink their morning cup of joe. Often called “K-cups,” in a nod to the popular Keurig coffee makers, they’ve quickly become a common sight on kitchen countertops and office break rooms around the country — in 2018, over a quarter of Americans said they regularly consumed K-cups, according to data from Statista.

Given the growing demand for CBD coffee — even Starbucks is reportedly considering adding the non-intoxicating cannabinoid to their beverages — it was perhaps only a matter of time before CBD-infused K-cups hit the market. For coffee makers around the country, it seems like a match made in money-making heaven.

One of the most notable examples comes from the hemp company Isodiol, which now offers a line of six infused K-cups. With names like “Wake N Bake” and “Hazelnut Haze,” their play on stoner slang is certainly cute — but don’t expect anything other than a caffeine high, since none of their products contain THC. They do, however, contain something called a “Heneplex hemp complex,” which the company says is a “powerful synergistic blend” of “cannabinoid particles and terpenes.” The products are available through the company’s website, along with a number of online CBD retailers.

Another offering comes from the “network sales company” Kannaway (if you’re wondering whether it’s a multi-level marketing scheme, the answer is … perhaps?). They offer two varieties of CBD K-cups — a French Roast coffee blend along with a rooibos tea, each of which contain 10 mg of CBD per serving. The only ways to purchase them are through the company’s website or via a “network representative.”

Why You Should Think Twice Before Buying CBD K-Cups

Aside from their limited availability — don’t expect to find CBD K-cups on the shelves of your local grocery store — one of the biggest issues with these products is their price. Isodiol’s K-cups cost $19.99 for a pack of 12, which comes out to $1.70 a cup. For the same price, you could get a pack of 40 K-cups from popular coffee maker Green Mountain. Kannaway’s version is even pricier, with a pack of 24 going for a hefty $71.99 — or nearly $3 a cup.

That’s a lot of money to pay for a CBD product that doesn’t give clear information on what type of CBD it actually contains. Isodiol gives zero information on the actual cannabinoid content of its products, while Kannaway’s website doesn’t elaborate on whether their K-cups’ 10 mg of CBD is full spectrum, broad spectrum, or isolate. Neither provide easily accessible lab reports for consumers to check themselves.

Regardless of the effectiveness of the CBD in these K-cups, there’s another major problem: Their environmental impact. In 2014, Mother Jones estimated that the waste created by Green Mountain (which is just one of the major players in the K-cup market) could wrap around the earth’s equator more than 10 times if they were lined up side by side.

Even the inventor of the K-cup, John Sylvan, told the Washington Post that he now has regrets about his invention, which he sold to Green Mountain for $50,000 back in 1997. According to Sylvan, the company has shown no interest in his suggestions for making the products more environmentally friendly.

While some K-cups — like those offered by Kannaway — claim to be recyclable, it’s highly unlikely that most people view them as such, since recycling a K-cup requires taking it apart and thoroughly cleaning its interior so it can be processed. As a 2016 New York Times article noted, “recyclable” isn’t the same as “reusable,” and since K-cups can’t be composted, there’s no way around the fact that they generate much more waste per cup of coffee than traditional methods.

Considering that the cannabis industry is already grappling with a major pollution problem due to disposable vape pens and cartridges — not to mention the excessive packaging for cannabis products required by many state laws — CBD K-cups are probably not what the world needs right now, regardless of consumer demand.