Why Those Popular Cannabis Cocktails Could Be a Terrible Idea 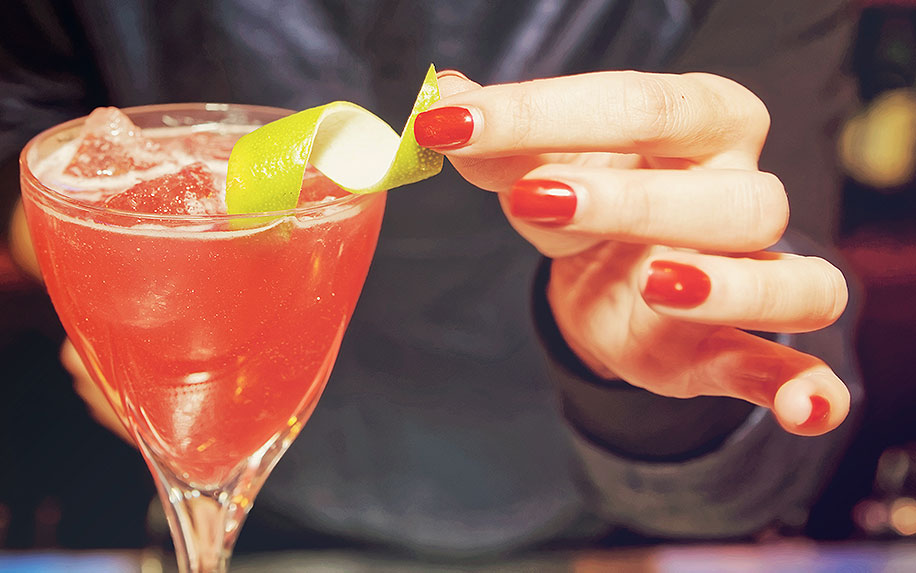 Cannabis cocktails seem fun, but they could be dangerous to your health. Image Credit: By Kondor83 on shutterstock.

A cannabis cocktail craze has been sweeping states where marijuana is now legal, with bartenders and home mixologists experimenting to serve up CBD- and THC-infused alcoholic tonics. But while this may seem like a whole new way to enjoy a drink and feel a different kind of buzz, there are serious precautions to take into consideration when combining an ingredient that gets you high with another that gets you drunk.

When you put the two together it can be a dangerous combination, especially because of the different ways the body processes alcohol and marijuana, and the many nuances of how people with different tolerance levels react to each substance in isolation (and both in combination). Further complicating matters is the fact that different strains of cannabis and different types of alcohol have different potency levels — some cannabis strains are significantly higher in THC than others, for example, while liquors like whiskey tend to be stronger than those like schnapps.

It’s clear, then, that cannabis-infused cocktails can be much less benign then they’re commonly portrayed — when it comes to intoxication, 1+1=3 in this case. But it’s not just a matter of degree; it’s also a matter of timing.

Cannabis Cocktails Can Have a (Strong) Delayed Onset

When you smoke or inhale vaporized THC (tetrahydrocannabinol) — the well-known psychoactive compound of the cannabis plant — the mind-altering effect is nearly instantaneous as the THC goes from the lungs directly to the brain, causing an immediately noticeable effect.

However, when you drink THC — whether in an alcoholic or non-alcoholic beverage — it goes through the gastrointestinal tract (the GI tract) and through the liver, where THC is metabolized into a much higher concentration than when it’s inhaled. As with most ingestibles containing THC, cannabis beverages also take longer to take effect. When they do, though, they’re much more potent: Marijuana in raw form has a THC concentration of around 20 percent, whereas THC tincture concentrates used to add to drinks can have a concentration as high as 90 percent.

While THC in drinks takes longer to take effect than smoking or vaping, this means that when it does, the mind-altering effect can last anywhere from five to eight hours (and even into the next day) versus smoking it, when the high typically lasts only two to three hours.

Add liquor to the mix — which takes effect quickly — and the entire experience is very different than just drinking alcohol or just ingesting cannabis, as the two together create a whole different delivery mechanism than when consumed separately.

Aside from the potential for socially awkward situations (few people enjoy being the severely-intoxicated center of attention at parties or work gatherings) there are also safety concerns, especially for those who drive. Legalized cannabis has already been linked with an increase in driving accidents, and mixing it with alcohol is highly unlikely to make the roads any safer.

How to (Safely) Enjoy Cannabis Cocktails

If you’re determined to try a cannabis-infused cocktail, many experts recommend that you first start with one that contains only CBD, rather than one with THC. Even better, hold the alcohol and make it a CBD mocktail or tonic.

CBD, which is a cannabinoid like THC, differs in one important way when it comes to mixology — it doesn’t cause intoxicating effects of its own. However, it can still help to reduce anxiety and elevate mood, making it a logical addition to any evening libation. CBD doesn’t come with any significant safety concerns (which was why the World Health Organization recommended that all international controls on it be removed), so the only thing you’ll need to worry about is the dent a CBD cocktail will make in your wallet — like all CBD-infused products, they tend to be quite expensive.

CBD cocktails are also more readily available than THC-infused ones, which can only be found in states with legalized cannabis. If you live in one of those states, or are visiting one, and have your heart set on a THC-rich cannabis cocktail, here are a few pointers to make your experience an enjoyable one:

Start low and go slow: This is the mantra of responsible cannabis users everywhere. Ask the bartender what the available dosages are, and pick the lowest one.

Only have one: An evening of nothing but THC-infused cocktails is not likely to end well, even if you’re an experienced cannabis user.

Don’t drive: Cannabis-infused drinks will most likely make you more intoxicated than alcohol only which means you need to proceed with extra caution. But really, the best advice is combining alcohol and cannabis is risky enough — don’t add driving to the mix.