Why Is CBD Maple Syrup So Expensive? 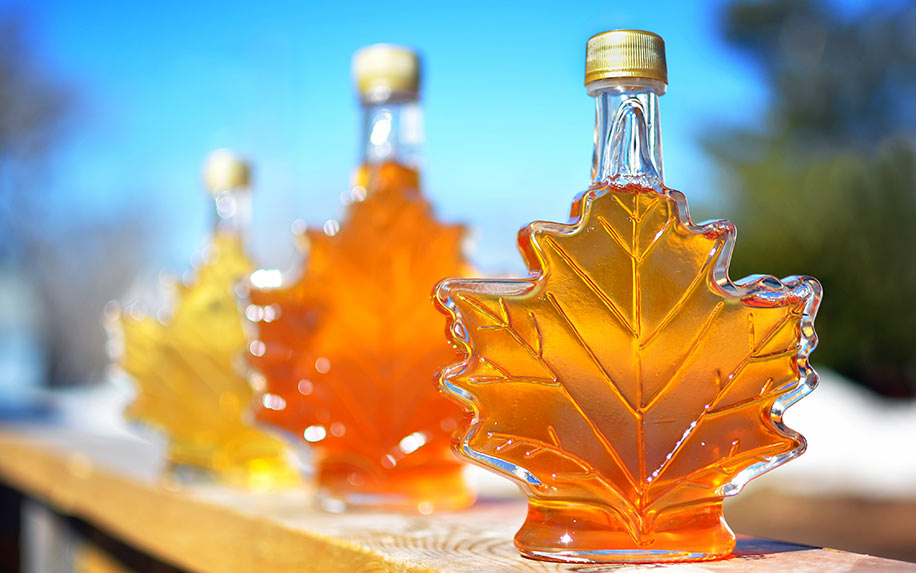 If you’re a breakfast-loving CBD user with a sweet tooth, your options are plentiful — from CBD honey to CBD peanut butter, there’s a quickly-growing range of condiments you can spread on your toast or drizzle over your pancakes. Now, you can add CBD maple syrup to that list.

CBD maple syrup is exactly what it sounds like — a thick, sweet, gooey substance harvested from maple trees and infused with everyone’s favorite non-intoxicating cannabinoid. And for a number of small businesses around the country, it’s become a (figurative) cash cow.

For example, the Renken family of Merrill, Wisconsin, has been making and selling maple syrup for four generations. Their business, Northwood Maple Farms, has long been a community institution — and since June, so has their new storefront, Northwood Maple & More, which sells a range of CBD-infused products including their special syrup.

“We definitely turned some heads, but at the same time we’ve done our homework on this and this is going to be around for a long time,” Anthony Renken told the local NBC affiliate.

In Vermont, which may be the maple syrup capital of America, the product has also proven to be popular. Vermont Mountain Maple, for example, received so much consumer demand for its infused maple syrups that it now offers a monthly subscription box, which are also a growing trend in the CBD world.

As is often the case with CBD, these products don’t come cheap. Northwood Maple Farms’ 8 oz. bottle (which contains 500 mg of full spectrum CBD) runs $60 on their website or at their new store — they also offer the same sized bottle with 1,000 mg of CBD for $110. Vermont Mountain Maple offers somewhat lower price points: Their 8 oz. bottle costs $55 (though it also contains just 400 mg of CBD), and their 4 oz. bottle (with 200 mg of CBD) costs $30. Monthly subscription boxes of these products range from $45 per month for the larger bottle to $27 for the smaller one.

Before you rush to fill your pantry with CBD maple syrup, here are a few important points to remember:

CBD Maple Syrup May Not Actually Be Legal

According to the Food and Drug Administration (FDA), adding CBD to edibles is illegal under federal law. The agency still hasn’t established national regulations for CBD — though it says these are coming soon — but in the meantime, it’s been pushing state health departments to enforce bans on CBD edibles (which has outraged some store owners and consumers).

So far, neither Wisconsin nor Vermont have followed the lead of places like New York by banning CBD edibles. However, if you’re considering buying CBD maple syrup online and having it shipped to your home, you might want to check your state’s website to see if CBD edibles are permitted.

You Won’t Get High From CBD Maple Syrup, but You Might Feel Relaxed

Even full spectrum CBD won’t get you high, since the amount of THC is so small (and obviously that’s not an option with broad spectrum oils). However, both of these types of oil are considered to be more potent than CBD isolates, or “pure” CBD, which have had all their other therapeutic compounds removed.

But does that mean CBD maple syrup will really take the edge off your anxiety or insomnia? It’s difficult to say — neither brand provides a suggested serving size for their products. While choosing the right CBD dose is a highly personalized task, due to factors like age and metabolism, many experts suggest that at least 20 mg is needed for observable effects — which means you might need to eat a hefty amount of infused maple sugar if you want to feel anything besides a sugar rush.

Getting Your CBD via Maple Syrup Has Some Advantages (and Disadvantages)

On the plus side, CBD maple syrup is extremely easy to use — just pour it over the thing you want to eat — and its rich, sweet flavor is ideally suited to masking the taste of CBD, which many people find to be less-than-pleasant.

However, it’s likely to be both slower-acting and less-effective than other delivery methods like vaping or sublingual (i.e. under the tongue) tinctures. This is because orally ingested CBD has to pass through the digestive system before it can be processed by the body, which reduces the total amount of CBD that makes it into your bloodstream. A 2009 paper in the journal Chemistry and Biodiversity suggested that this could be as low as 4-20 percent.

As a result, CBD maple syrup might be better as a conversation starter than a viable medical treatment.