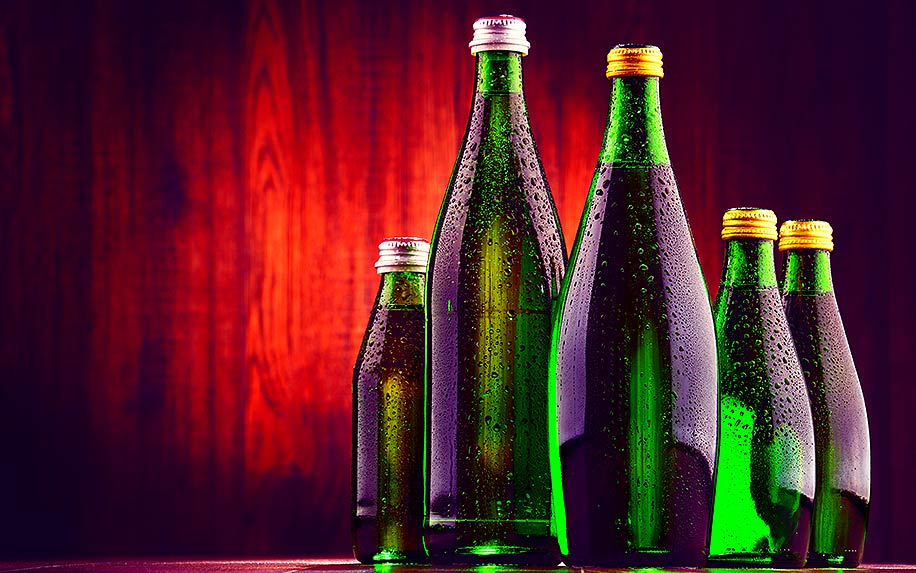 Water might be the essence of life, but for most Americans it’s nothing to get excited about — unless it has bubbles in it, in which case all bets are off. The popular La Croix brand of sparkling water has inspired an entire universe of memes (many of which involve its admittedly delicious pamplemousse flavor), while the hard seltzer White Claw has been embraced by YouTube stars as the so-lame-it’s-cool drink of the year (“There’s no laws when you’re drinking Claws,” in the words of Trevor Wallace). And if that’s not enough to convince you that carbonated H20 has become a cultural phenomenon, it’s also getting the CBD treatment.

Seltzer, sparkling water, whatever you call it — “it’s all just bubbly water,” as Food and Wine Magazine editor Melanie Hansche told CBS — has become a hugely lucrative trend in the beverage industry. The analytics firm Statista estimates that Americans alone will drink over $5 billion worth of the stuff in 2019. Driven by what Hansche calls “the trend towards health and wellness,” sparkling water might appear to be a natural delivery method for CBD, which has become hugely popular for similar reasons.

While other infused beverages like CBD soda or CBD beer remain relatively niche, CBD sparkling waters seem to have a much broader appeal among the clean-living crowd. They’re low in calories, low in sugar (at least sometimes), and they won’t get you drunk or high. As a result, they’re quickly becoming a common sight in stores around the country.

It might be unfair to call CBD sparkling water a scam on par with infused “wellness drinks,” but while only a handful of brands offer the latter, it seems like every Goop-inspired CBD company from coast to coast is now selling an infused seltzer or similar product.

To name just a few, you’ll find Bimble in New York, Dram in Colorado, and Daytrip in California. They’re all angling for a piece of the tantalizing cannabis-infused beverage market, which Canadian financial company Canaccord Genuity predicts could reach $600 million by 2022.

Here’s a quick illustration of what you can expect from CBD sparkling waters:

As you may have noticed, CBD sparkling waters are not cheap, costing up to $6.66 a pop. However, high price tags aren’t unusual in the world of CBD. Growing, extracting, and processing CBD is expensive, so it makes sense that the products that contain it would be, too. The real issues with CBD sparkling waters, though, are even bigger than their price tags.

The Many, Many Problems With CBD Sparkling Water

Despite the booming popularity of CBD sparkling waters, these infused beverages have attracted a healthy dose of skepticism from across the internet, and for good reason. Not only do most contain a suspiciously low amount of CBD, it turns out that water is a pretty lousy way of getting the cannabinoid into your system. And if that weren’t enough, even its packaging is often problematic.

Figuring out your ideal CBD dosage is tricky for a number of reasons. First, the amount of CBD you’ll need to find relief depends on the condition you’re trying to treat and its severity. Second, the delivery method matters a lot (we’ll get to that in a minute). And third, there’s no scientific consensus on dosing guidelines, so trial and error is the only real way to find what works for you.

Many experts, however, recommend starting with somewhere between 1-6 mg for every 10 pounds of body weight. According to the National Center for Health Statistics, the average American woman weighs around 170 pounds (the average man weighs almost 198). Assuming an average-sized person took an average-sized dose of 3 mg per 10 pounds of flesh, they’d need somewhere between 50-60 mg of CBD per day to have a shot at seeing meaningful results.

You don’t need a math degree to see that a CBD sparkling water habit could get real expensive, real quick. And to make matters worse, the efficacy of the CBD in many sparkling waters leaves much to be desired.

That’s because most CBD sparkling waters use broad spectrum CBD, which is totally devoid of THC. While that might seem like a good thing, at least for people who don’t want to run the risk of getting high, it significantly reduces the potential benefits of the beverage. For one thing, even full spectrum CBD oils that do contain THC can’t get you high, since it’s present in such tiny quantities. More importantly, removing those traces of THC also means neutering the entourage effect (in which the interplay of THC with CBD and other compounds heightens the therapeutic potential of the whole concoction.

Sparkling Water Is a Lousy Delivery Method for CBD

The single biggest issue facing CBD beverages, including sparkling waters, is one that will be familiar to anyone who’s ever helped a third-grader with their science homework:

CBD is fat-soluble, meaning its molecules dissolve in fat, which is why it’s most effective when taken with fatty foods. Obviously, there is no fat in water. Typically, brands try to get around this issue by claiming to use some kind of nanotechnology or microemulsification technique — Daytrip, for example, claims it “uses high-frequency energy to minimize the multi-spectrum, hemp-derived CBD particle-size and then infuse it into sparkling water, creating particles that are 100 percent water-soluble and small enough for the human cell to process.”

If you’re not rolling your eyes right now, you should be. Other brands use chemical binding agents to accomplish a similar purpose, and while these can sometimes be more effective, they also tend to make your beverage taste like soap.

Regardless of how a given CBD sparkling water maker tries to solve the solubility problem, they’re still swimming upstream. Your body simply can’t process orally-ingested CBD that well; a 2002 study suggested that its bioavailability is around 13-19 percent, while other estimates put it as low as 4 percent. For comparison, a 2018 review published in the journal Frontiers in Pharmacology found that smoking CBD had a bioavailability of 31 percent.

Like all cannabinoids, CBD is highly sensitive to light and heat (which is one reason cooking with it can be so frustrating). Too much warmth or too much brightness can render it effectively useless. There’s a reason why most product labels tell you to store your CBD in a cool, dark place — according to a 1976 study, “[exposure] to light (not direct sunlight) was shown to be the greatest single factos [sic] in loss of cannabinoids.”

Unfortunately, every product in your average supermarket is exposed to a lot of light for most of the day. That means that every moment your CBD sparkling water sits on the shelf, it’s losing what little potency it had to start with.

CBD also degrades when exposed to air, which isn’t the biggest problem if you’re downing an entire can or bottle in a single go. But if you put it back in the fridge to save it for later, you’re likely to be even more disappointed.

CBD Sparkling Water: Not Dangerous, But Not Worth the Money, Either

CBD sparkling water is highly unlikely to get you sick, addicted, or otherwise messed up — the World Health Organization (WHO) has found it to be an exceptionally safe substance that can be well-tolerated by humans in high doses. Of course, there’s always the risk of getting a contaminated product, but CBD sparkling waters haven’t been linked with the same concerns as other products like vape oils, and if it comes with a third-party lab test, there’s little to worry about from a health perspective.

However, that doesn’t mean CBD sparkling waters are worth your time or money. Inflated marketing promises and hocus-pocus pseudoscience can’t hide the fact that they simply don’t work. As Forbes cannabis reporter Sara Brittany Somerset once wrote, these overpriced, under-delivering products are “a perfect example of capitalism at its phoniest.”