Why Cannabis Mac and Cheese May Become America’s Favorite Edible 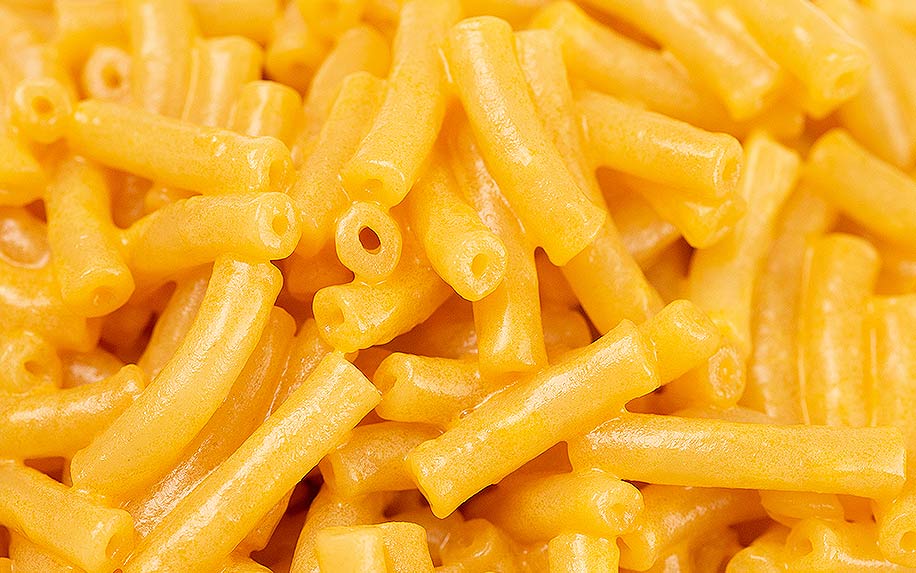 Savory foods like mac and cheese are actually well-suited for cannabis cooking. Image Credit: By P Maxwell Photography on shutterstock.

Mac and cheese is an American family favorite. It’s quick and easy to make, it doesn’t cost too much, and it can be spruced up with anything from lobster to broccoli to bacon. White cheese, yellow cheese, straight noodles, curvy noodles: it’s endlessly customizable, and if you can imagine a twist on the standard recipe, some chef has probably tried it — and that includes adding cannabis.

Cannabis mac and cheese recipes have been floating around the internet for years, but the dish’s real emergence came at Extravaganja 2019, an annual cannabis expo held in Massachusetts. There, attendees were asked to imagine what kinds of dishes they’d most like to see infused with cannabis. The most popular one, by far, was cannabis mac and cheese.

Somewhat surprisingly, culinary professionals approved of the people’s choice. While there’s usually a tension between the tastes of the masses and the preferences of experts, in the case of cannabis mac and cheese there’s a neat alignment between public opinion and gourmet sensibilities — in the words of Annie Wolf, a chef and “infusions manager” at a prominent Massachusetts dispensary, “[Cannabis-infused mac] and cheese would be killer. It’s fatty and unctuous and flavorful, and I’m into that.”

While most people usually think of cannabis edibles as sweet things (like gummies, chocolate, or candy), savory foods like mac and cheese are actually well-suited for cannabis cooking — here’s why.

Why Do Cannabis and Mac and Cheese Go So Well Together?

First, it’s helpful to define what we mean by “cannabis cooking.” Although it may conjure images of crumbling a fistful of flower into a steaming pot of noodles, this is typically not the case — it’s certainly possible to eat raw cannabis, but that would be highly unlikely to produce the effects one might expect, since cannabis must undergo a heating process called decarboxylation for its compounds to be activated. Instead, it’s far more common to add a cannabis-infused oil or butter.

Whether it’s used as part of the cooking process or simply drizzled over the top of a finished dish, the cannabis oil or butter will be integrated into a rich, high-fat dish — which is the perfect delivery mechanism for cannabis. Its molecules are fat-soluble, meaning they dissolve well in fats. As a result, they can be broken down into tiny pieces that can be easily absorbed by the body.

All the fat (and salt) of mac and cheese serves another useful purpose: disguising the taste of cannabis. Many first-time edibles consumers find it distinctly unpleasant, and although some cannabis strains have been developed to have more pleasant flavors, such as the aptly named Mimosa (which is described as intensely fruity), even experienced users tend to prefer masking the taste.

Finally, mac and cheese is one of the most simple and convenient dishes to cook at home, which makes it ideal for any novice home cooks who want to start experimenting with cannabis recipes. Choosing to try and incorporate cannabis into meals at home can be intimidating at first, even with all of the information on the internet about cannabis cooking. So starting with something familiar and straightforward like a mac and cheese dinner do-over makes the process more approachable and enjoyable for everyone.