What’s Behind the Crackdown on CBD Edibles? 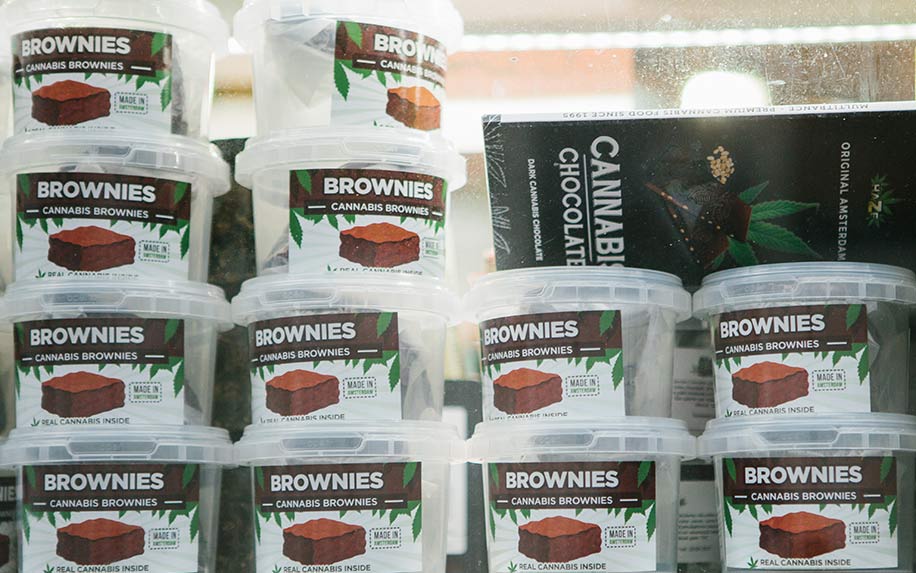 CBD can be good for your health and its added to many foods but we may have jumped the gun. It can be added to all foods. Image Credit: By franz12 on shutterstock

CBD-infused cakes, cookies, and other tasty treats have been a mainstay on menus across the country ever since the 2018 Farm Bill made hemp, from which most CBD is derived, legal for industrial cultivation at the federal level. However, regulation of this popular new derivative of the cannabis plant has been slow to follow, which left many wondering when the official backlash would come.

That moment appears to be now.

A number of coffee shops and restaurants in states like New York, Ohio, and Maine have been ordered to stop making and selling CBD edibles. Health departments in these states have ruled that, since the Food and Drug Administration (FDA) hasn’t approved CBD as a food additive, it can no longer be sold in food products. A similar line of reasoning was used to explain a crackdown on food items containing activated charcoal last year.

The crackdown on CBD edibles comes under the FDA’s Food, Drug, and Cosmetics Act. Producers of edibles are not permitted to add the ingredients of any drug, including chemical compounds like CBD, into the food supply without prior approval from the agency. It’s also illegal to market such ingredients as “dietary supplements.”

These rulings do not apply to CBD that comes in non-food form, such as tinctures, creams, or vape oils.

However, this will likely come as little consolation to many bar and restaurant owners who had been counting on sales of CBD-infused food and beverages to boost their businesses. A prime example is C.J. Holm, owner of Fat Cat Kitchen in New York, who said that 30 percent of her revenue comes from selling CBD-infused products.

According to Holm, the move came out of nowhere. “The whole thing is not fair,” she said. “What’s the law? You just closed down half my business.” She claimed that the city’s health officials seized $1,000 worth of CBD products, placed them in “embargo” bags, and ordered her to stop selling CBD-infused items during their most recent visit, despite saying nothing about her sales of CBD during two previous inspections. Other restaurants in New York have also been warned against adding anything to food (like CBD) that has not been approved as safe by the FDA.

Holm isn’t the only business owner struggling to understand the swiftly changing regulations surrounding CBD products. In Maine, which has also been cracking down on businesses selling CBD-infused food and beverages, the lack of communication has been aggravating for people like Dawson Julia, who runs a small shop that sells CBD edibles.

“Hemp just got legalized nationally and now Maine wants to do a 180 and make it illegal here, when we’ve been doing it with their blessing for two years now? How did CBD suddenly get unsafe? This is ridiculous,” said Julia.

In Michigan, where recreational cannabis was legalized last year, the story is the same: people are free to sell and consume CBD in pills, patches, even suppositories — but not in food or drinks. There, however, the cries of outrage have been more muted.

“Anything you put in food has to be regulated by [the FDA],” said Barton Morris, an attorney at Cannabis Legal Group. “I knew that was going to be enforced as soon as [local authorities] had the ability to do so.”

For consumers who have been scratching their heads about the sudden proliferation — and lack of consistent standards — of CBD, this newfound regulation may well be greeted with open arms. In the long run, prohibiting the sale of CBD-infused foods or drinks that are not approved is probably a good thing, as it will reassure people that any items they do see on menus are safe to eat.

But for foodie entrepreneurs who were hoping to cash in on the hottest trend of 2019, recent developments may leave them feeling like they just found a hair in their (CBD-infused) soup.