What We Can Learn From the World’s Oldest Cannabis Edible 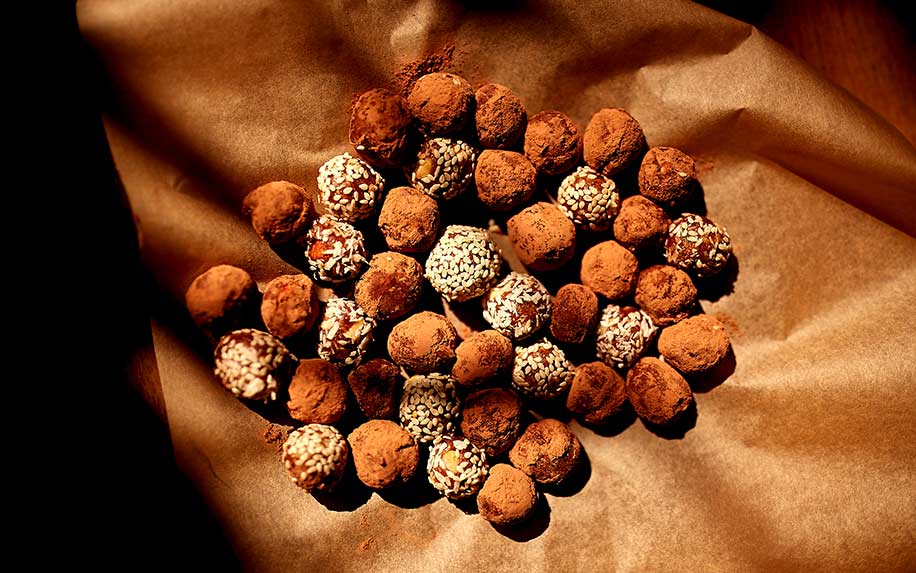 The world’s oldest cannabis edible was called “majoun” and was made from a combination of figs, dates, nuts, spices— and cannabis. Image Credit: By Alena Marchuk on shutterstock.

Cannabis edibles have enjoyed a steep growth curve in the age of legalized cannabis, popular for their ease of use, lack of the stigma associated with other methods of ingestion, and applicability in a medical context. However, their history goes back far longer than the newborn commercial industry which has driven them into the spotlight.

If you want to get technical, it’s possible to date the ingestion of cannabis back 8,000 years — at least of its seeds and their oil in ancient China, where the plant is believed to have originated. Long known as a nutritional superfood, its legend only grew when Siddhartha, the founder of Buddhism, sat under a bodhi tree for six years preparing for enlightenment, eating only one cannabis seed per day.

After that, it’s necessary to skip ahead another 5,000 years to 1,000 B.C., when the first cannabis “drinkable,” bhang, showed up in India. This cannabis concoction starts life as a paste and then is often mixed into either a lassi or thandai drink. Due to its important role in religious festivals such as Holi, bhang has escaped India’s ban on other forms of cannabis and is sold to this day at government-authorized shops.

Jump ahead another 2,000 years, and you’ll arrive at the first recognizable cannabis edible, majoun. This Persian confection of figs, dates, nuts, and spices arrived on the scene in the 11th century according to most estimates, and is the roundabout source of the cannabis brownies pervasive in today’s edibles culture.

Everything You Need to Know About Majoun, the World’s Oldest Edible

While majoun is unlikely to be familiar to even the most enthusiastic cannabis connoisseurs, it has a rich and fascinating history. Here are a few tidbits to share at your next infused dinner party:

Majoun may have been used to recruit assassins.
According to a possibly apocryphal story, the word “assassin” comes from the Arabic word “haschishin” — hashish user. Others believe that the word denoted a follower of Hassan-i Sabbāh, a Nizari zealot who used an unknown intoxicant to give his believers a glimpse of paradise.

As the story goes, Sabbāh would dose boys of daring temperament as young as 12 years old, then bring them to a garden while still asleep. When they awakened they would be surrounded by young women, feted with songs and entertainment, and given everything they asked for. Falling asleep again they were removed back to Sabbāh’s quarters, where they would be told to assassinate their leader’s enemies with the promise that they would return to “paradise” if they followed his instructions. (Keep in mind that Marco Polo, writing 150 years after the fact, is one of the primary sources of this information.)

Some think Sabbāh gave his charges hashish, others wine. Robyn Griggs Lawrence, author of “Pot in Pans: A History of Eating Cannabis,” believes the substance to have been majoun.

There’s no one right way to make majoun.
Elsewhere in the Arab world, Berber villages in Morocco also have a long history of majoun cultivation and use. As David Bienenstock writes in Leafly, “Don’t think of mahjoun [sic] as a single recipe, so much as a basic set of techniques and ingredients upon which to build a unique take. Much as every Italian grandmother holds fast to the family’s secret recipe for tomato gravy, a Moroccan family would have their own unique way to prepare mahjoun.”

In the West, majoun could be the inspiration for modern cannabis brownies.
Writers like Paul Bowles and William S. Burroughs brought majoun to Western attention, but it took an act of serendipity to unleash its possibilities on the hippie movement’s imagination.

Under the title “Haschich Fudge,” Alice B. Toklas published a friend’s recipe for making majoun, which starts with the words, “This is the food of Paradise.” If the book’s 1954 publication didn’t cause enough of a stir, its American publisher’s excision of the majoun recipe did — it soon gained the kind of fame that only censorship brings. In 1968, Peter Sellers appeared in a film called I Love You Alice B. Toklas, about a lawyer whose life is changed by his hippie love interest’s cannabis brownies, and a craze was born.

Today, if you’re a fan of fine cannabis cuisine, you might have majoun to thank.