What Happens When You Make Cannabis Pop Rocks? 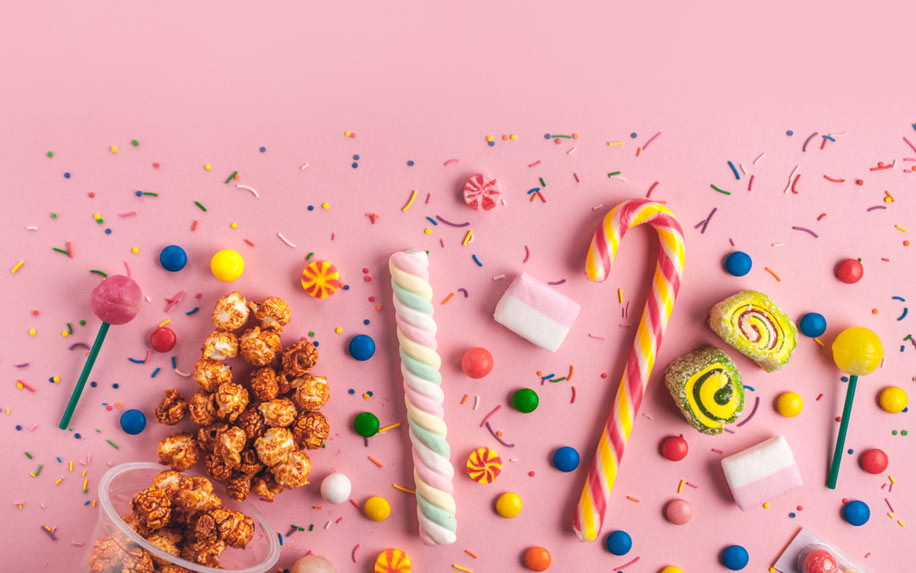 If you’ve tried CBD oil supplements, you’ve probably noted that the flavor is very herbal. All phytocannabinoids extracted from the cannabis plant will feature this taste. It’s definitely one that takes a bit of getting used to. Enter the edible – possessing all the effects of marijuana’s extracts, with more friendly flavors and none of the risks that are associated with smoking. A few years back, brownies and muffins would be the images that would be called forth if edibles were mentioned. Now, with the United States and other countries legalizing cannabis, more research is going into cannabinoids. As our investigations are less restricted, and accessibility is increasing, new cannabis products are being introduced regularly.

Freedom to experiment drives creativity. New strains that are lab tested to identify the ratios of cannabidiol (CBD) to tetrahydrocannabinol (THC) allow people to make choices based on the results they seek. Readily available extracts of CBD and THC allow people to create new culinary ideas and treats. CBD oil in salad dressings. THC oil in snacks. When it comes to consumption, there are many more options out there now than there have ever been before. We are no longer limited to smoking it or having the occasional brownie.

Furthermore, with legalization, more regulations are in place to ensure what we are buying is good quality. We have the option of reading reviews and it’s less of a taboo to talk about it and our experiences. The “scene” is changing, and cannabis users are becoming more like connoisseurs with the selection and varieties now widely available.

In the media, there’s been a lot more focus on the health effects of cannabis oils. One condition that maybe has had the most coverage is Dravet’s syndrome. You’ll have seen or heard about children suffering hundreds of epileptic seizures per week. This essentially removes them from being able to participate in society or any form of normal life. They can’t attend school, they can’t easily play with friends, they often can’t even leave the hospital. Their parents have not only the pressure of raising a child, but having to constantly be vigilant to ensure their child survives each day.

Dravet’s syndrome, from all the anecdotal evidence, seems to a condition that has an extremely positive reaction to treatment with cannabis oil. Cannabis candies, that would be a potential treatment for this, would be that little extra step for a child towards allowing them to have a relatively normal life. Cannabis oil itself may be effective. However, a candy that has the same amount of THC, CBD, and other cannabinoids, would potentially have the same results and offers a better experience for the child.

There are multiple ways to get cannabinoids into your body. The target location is your bloodstream. Different routes result in different amounts reaching the target. For example, topical application, such as creams, work well for localized inflammation, if the molecule can be absorbed through the skin. When you take medication in the form of a pill, it will have to pass through the digestive system first. It will be exposed to stomach acid, and then absorbed through the intestines. As a result, this can reduce the quantities that reach your blood system.

Your lungs have one of the most extensive blood supplies in your body. Smoking has such a rapid effect over eating recreational and medical cannabis, as cannabinoids need only pass through a surface one cell thick to enter the bloodstream. However, due to the diseases associated with smoking, this is not a recommended way.

If you’ve used CBD oil before, in a dropper form, it’s quite effective when taken under the tongue and held there for a few minutes. The area beneath your tongue has a rather good blood supply, too. This method is formally known as sublingual administration. In clinical studies, it’s one of the more commonly investigated methods as it has the least risks associated with it.

Now, you may have guessed where I’m going with this. Pop rocks candies are held in your mouth until they dissolve. Infused with cannabinoids, this would allow your body to absorb them easily in your mouth. CBD or THC oils aren’t well received in terms of taste, and as a result, they are difficult to hold in your mouth to allow sufficient absorption. In terms of children using it medicinally, this causes problems. In terms of recreational use, it’s just not enjoyable.

The other benefit of this obviously is the option of flavor. Reviews online already are especially positive about the flavors available. In terms of recreational cannabis users, pop rocks have also been reported to give a high within 30 minutes of consumption. This is evidence of THC absorption through the mouth. Of any swallowed material, this would then be absorbed slower via the digestive system.

The idea of cannabis pop rocks is a good one. There is a growing amount of evidence supporting the use of cannabinoids for diseases such as epilepsy, multiple sclerosis, muscle spasms, anxiety, depression, the list is a long one. Clinical trials are discovering new mechanisms of action and identifying potential uses of cannabinoids as treatments every day. They are also further working towards generating a clear safety profile for each of the cannabinoids. However, this is still lacking the volume of evidence required to drive policy reform and change at a government and public health level.

Once a sufficient amount of research has investigated the effects and applications of cannabinoids in humans, the next step would be to check the possible health applications of edibles. Edibles pose a much better reception and incorporation into everyday life than oils for reasons as simple as they taste better. In terms of children, those with Dravet’s or ADHD could benefit from the availability of edibles, but further research is needed to firmly establish dosages and to clearly understand the safety profiles, especially when our children are involved.