The (Unsurprising) Link Between Cannabis and Junk Food 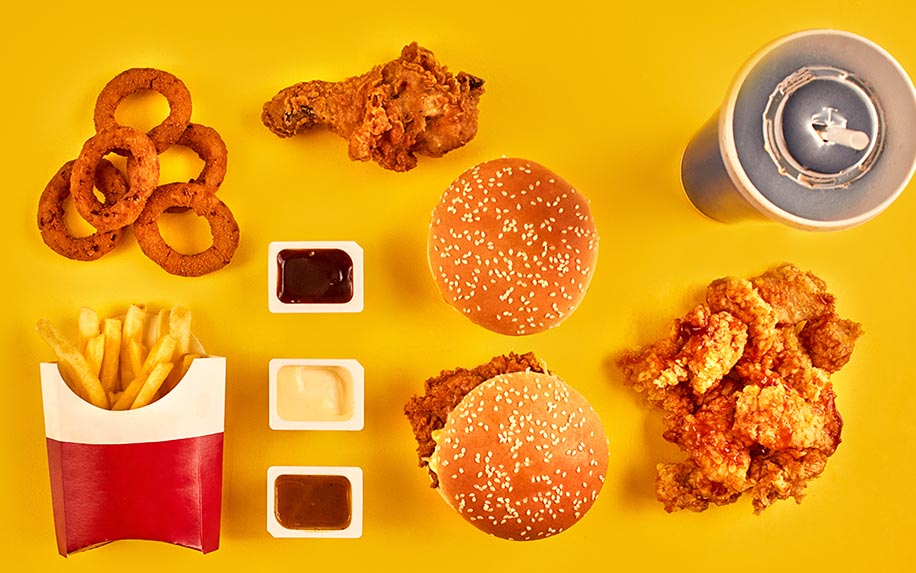 Using more cannabis really does make you eat more fatty foods, and there’s data to back it up.Image Credit: By nazarovsergey on shutterstock.

We all know the stereotype — cannabis makes you crave sugary, salty, fatty foods. The “munchies” trope is a common one in pop culture, with films like “Harold and Kumar Go to White Castle” and “Dude, Where’s My Car?” poking fun at cannabis enthusiasts’ tendency to overindulge in burgers, pizza, and other less-than-healthy snacks.

While many popular conceptions about cannabis users are inaccurate or outdated, this one isn’t: Using more cannabis really does make you eat more fatty foods, and there’s data to back it up. According to a July 2019 report from Nielsen, sales of snacks in states that have legalized recreational marijuana had a compound annual growth rate of 7.2 percent over the last four years, versus six percent growth in other states. This research bolsters the findings of an earlier study from researchers at the University of Connecticut and Georgia State University that showed sales of potato chips (+3.1 percent), cookies (+4.1 percent), and ice cream (+5.3 percent) increased in states with legal cannabis from 2006-2016.

However, this isn’t entirely bad news, as it illustrates the potential of cannabis to help people who need to eat more. In many states with medical cannabis programs, eating disorders like cachexia and anorexia are among the conditions that qualify for a doctor’s prescription, since some research indicates that cannabis helps stimulate appetite.

For example, a 2011 study in the journal Biological Psychiatry showed that cannabis-derived treatments could have the potential to treat the underlying imbalances in the body that cause eating disorders (making it one of the rare cannabis-related studies conducted on human subjects). In 2014, an animal study in the International Journal of Epidemiology showed that THC may be effective in treating weight loss associated with anorexia nervosa. Still, the mainstream medical community has yet to embrace cannabis as an effective treatment for eating disorders, mostly because the research is so preliminary.

To understand why and how cannabis — specifically THC — stimulates appetite, it’s best to take a look at a 2018 study led by Dr. Jon Davis of Washington State University. Using rats as subjects, his team created a vapor exposure system that mimics how humans consume cannabis (at least the smokeable variety, which is still the most popular way to use the plant according to 2018 data from BDS Analytics). Then, they closely monitored the rat’s feeding behavior, and found that brief exposure to cannabis stimulated them to feed again, even if they had just eaten.

That delay helped tell scientists a little more about cannabis’ effects on appetite. When the gut is empty, our bodies (and those of rats) release a hormone called ghrelin that signals the brain to find food. When cannabis is introduced, there’s a surge of ghrelin in the brain. But when the researchers introduced drugs that inhibited the release of ghrelin, cannabis no longer induced a desire to eat. This gives us insight into the mechanisms that control appetite, and how cannabis can influence them.

But that doesn’t explain why cannabis consumers are more interested in leftover cake and French fries than in healthier foods. Turns out, based on another study conducted at the University of California, that cannabis’ effect on the gut is similar to the effect of eating fatty foods. One bite of a fatty food — or puff of THC-rich cannabis — sends a ripple effect through the body that induces powerful, hard-to-resist cravings. This is why once you have one potato chip, you can’t stop.

While the research around cannabis and appetite is still limited, the studies to date seem to indicate that it does in fact give you the munchies — which isn’t always a bad thing. While it may sometimes spur us to consume excessive amounts of junk food, the mechanism driving that behavior can also be put to good use for those who need help getting their body weight back up to a healthy level.