The Evolution of Cannabis Edibles: Past, Present and Future 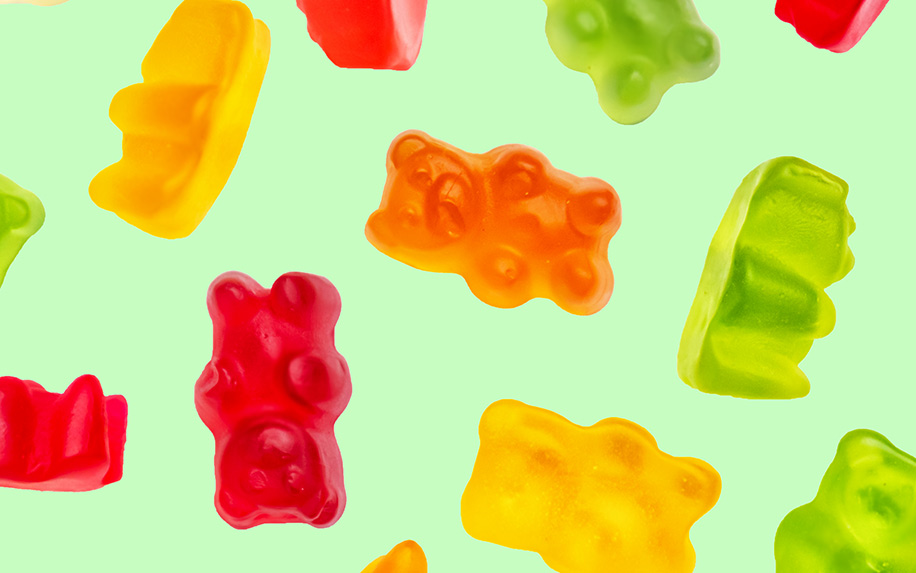 Cannabis infused foods go as far back as the 1960's thanks to the hippie sub-culture. Image Credit: By iryna1 on shutterstock

Mutter the word “edibles” among a group of friends and it’ll likely set off a cyclone of colorful conversation full of personal stories of bad experiences; stories about lost time, time travel, or rehabilitative conversations with God. And whether or not you could confirm the validity of these stories or their details, the one thing they usually have in common is that they breed fear in even the most seasoned cannabis consumer.

Though the history of cannabis edibles dates as far back as 1000 BCE, our point of reference generally evokes thoughts of tie-dye, peace signs and pot brownies. It’s a visual that’s often synonymous with potency and intensity that anyone new to the experience might fear.

Stories of 1960s California hippies and their laced confections are legendary and they’re often credited for the emergence of cannabis-infused foods. But this is far from the case.

Human use of cannabis in food reaches back to ancient Hindu religious texts, where some of the first concoctions were documented and created from a sacred plant named Bhang (cannabis). A few hundred years later, the French too infused coffees and teas with hashish, an extract of the cannabis plant. But it wasn’t until the 1800’s that the United States got wind of the herb, and cannabis tinctures became popular in American society.

Back then, cannabis-laced candies and other foods were as common as cough syrup and used regularly as medicinal aids. Naturally, since cannabis was commonly consumed by soldiers of war, Generals Robert E. Lee  and Ulysses S. Grant endorsed the ingestion of the New York-based Ganjah Wallah Company’s Hasheesh Candy. This popular remedy for colds, consumption, hives, and other ailments ran advertisements in local newspapers and even appeared in the Sears Roebuck and Co. catalogue. However, in 1906, the many states’ government labeled cannabis a poison — strict prohibition began in the 1920s. By 1935, cannabis was a regulated drug across the entire country (it would be officially banned from any and all use — even by doctors— in 1970).

But in the middle of that, in 1954,  Alice B. Toklas breathed new life into how we think about edibles in American culture. An expat who was born from San Francisco and lived in Paris with her partner Gertrude Stein, Toklas completed her manuscript, The Alice B. Toklas Cookbook, and, upon publication, delivered to the U.S. a recipe of the hashish fudge. Her book (cannabis recipe included) would go to become one of the best-selling cookbooks of all time.

Today, there are enough cannabis culinary guides to line a small library. Where the concept of cooking with the plant has evolved, so too has our lexicon — cannabis cooking has traveled far beyond simple baked goods to infused cocktails and elaborate gourmet cuisine. Skilled professional chefs are inserting their culinary expertise into this layered conversation. And much like in 1800s when Vanity Fair advertised infused products, more and more mainstream publications like Bon Appetit, National Geographic Travel, Vogue, and Marie Claire are recognizing the work of cannabis culinary artists.

These prolific chefs are using modern techniques to create world class cuisine worthy of James Beard acknowledgment and perhaps even a Michelin Star or two. In Southern California, Chef Chris Sayegh has combined his culinary degree, knowledge of molecular biology, and experience at the award-winning restaurant Melisse to bring us mind-blowing cannabis infused gastronomy. Chef Miguel Trinidad is changing the face of Filipino food in New York with exclusive cannabis-infused dinner parties. There’s Chef Monico Lo in San Francisco, who beautifully marries the intricacies of infusion with the deft skill of submerge cooking or sous vide.

These chefs and more like them are turning the edibles industry on its head. They’ve identified the desires of the cannabis new consumer while still understanding their fears of being over-served. These artists know how diners want to eat — and it’s not the single foot of a dispensary gummy bear. Though, honestly, even those alluring candies have received a makeover.

Today’s gummy candies are exoticly-flavored confections, lightly dusted with organic sugar and perfectly dosed to indulgence. In New York City, Chef Mike Salman delivers an infused punch with his CBD-laced gummy. Before the recent ban on CBD edibles in NYC, his products were a popular menu item at The James Nomad Hotel.

The savory edibles coming out of kitchens today come bathed in rich sauces, dressed with delicate purees, or finished with organic greens. They are as balanced and thoughtfully crafted as any opulent menu found around the world. Perhaps the future of edibles is as promising as this global movement would make it seem. Amidst speakeasies and on-site consumption lounges, the future of edibles may find itself just adjacent to your favorite nightlife haunts. Or better yet, directly next to the Ricola at CVS, where they may very well have originally gotten their start.