The Benefits of THC Gummies Over Smoking Cannabis 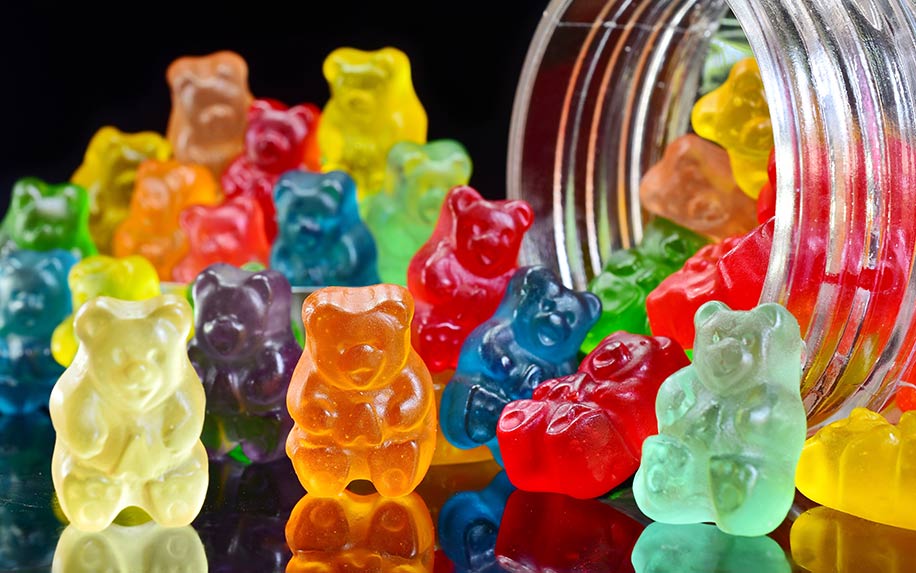 THC gummies have gained in variety, quality — and popularity. Image Credit: By Nodar Chernishev on shutterstock.

Cannabis edibles have come a long way since the old days of dry, sand-textured brownies. Today, a colorful assortment of delicious edibles have hit the market (see: the phenomenon of CBD jelly beans, which sold out in a matter of hours). While THC gummies aren’t as widely available as their CBD-only counterparts, they’ve also attracted a large and devoted following.

According to Nick Danias, managing partner of a Los Angeles dispensary chain, “Since recreational use was legalized edibles have seen a 20-30 percent hike in sales.” They come in a wide array of colors and flavors, but the real appeal is the control they give the user over their experience (at least in theory). As Danias told the Los Angeles Times, “Edibles companies have been able to offer consumers ‘micro dosing’ that allows for a controlled amount of THC to be ingested.” It’s clear  that people see the appeal — here’s why.

THC Gummies Are Increasing in Popularity

THC gummies are only sold legally in states with legal medical or recreational cannabis (a list that’s growing quickly). But in those states, the variety and quality has grown exponentially, particularly in the last year. So has the demand. Here are a few of the most common reasons.

They Have a Surprising Number of Medical Benefits

When people think about the medical side of cannabis, they tend to focus on cannabidiol (CBD). That’s because the media has created a (false) narrative that THC is the bad, dangerous part of cannabis, while CBD is its straightlaced twin. As a result, most of us don’t realize that THC has its fair share of health benefits, too.

For example, it’s a powerful anti-inflammatory that has been shown in studies to relieve chronic pain. It also has antioxidant and antibacterial properties, which is why it’s being used in face creams and other skin care products. And that’s not all — researchers have discovered THC can promote sleep and reduce some mood disorders like anxiety and PTSD.

They Allow for Precise Dosing

A typical gummy can contain anywhere from 0.5 mg to over 10 mg of THC. A dose of around 5 mg is generally recommended for novice cannabis users — which can be hard to gauge when smoking or vaping. THC gummies, assuming they’re labeled correctly (which isn’t always a given), take the guesswork out of getting the right dosage.

People have many reasons for disliking the smell of cannabis, both personal and professional. Here, again, THC gummies have an advantage over cannabis flower. While they often have a mild cannabis-flavored taste, they won’t cause any odor to linger on your hair, breath, or clothes.

While there are many easy ways to use cannabis (vape pens and capsules being some of the most popular), chewing a THC gummy or two is about as simple as it gets. It’s also unlikely to attract attention, making it a popular option for people who want to use cannabis without advertising it to the world.

Nobody needs to be told that smoking is bad for you. However, recent studies have suggested that vaping might not be much better, due to the high levels of toxic chemicals in some vape oils and devices. While THC gummies still come with some of the other side effects of cannabis — like red eyes, dry mouth, increased appetite — at least they won’t harm your lungs.