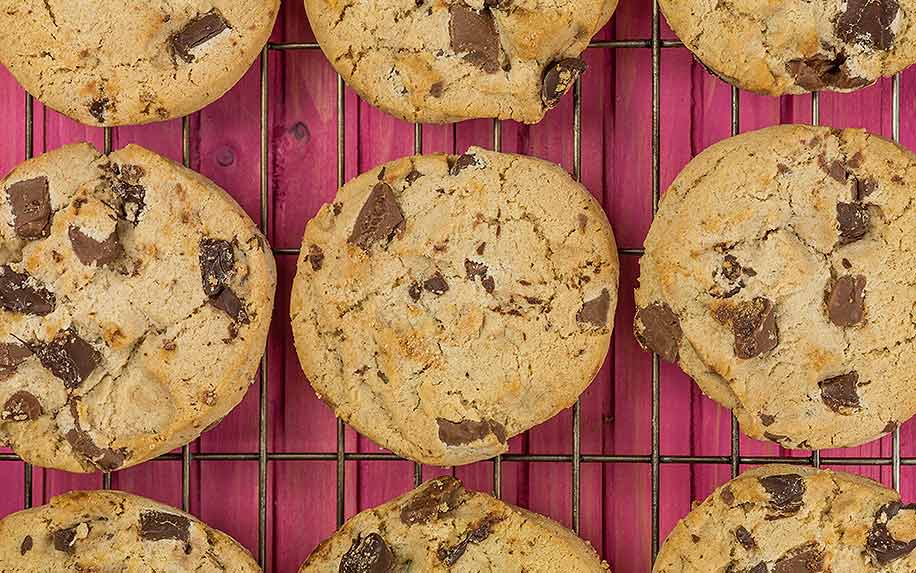 Fears about the appeal of cannabis cookies to underage users have been growing for years. Image Credit: By Richard M Lee on shutterstock.

Americans love their cookies. According to the 2019 U.S. Food Market Outlook report, people consumed $11 billion worth of packaged cookies in 2018. Americans also love their cannabis edibles — sales of the infused treats are expected to reach $2.2 billion in 2019, as detailed in a report by BDS Analytics and ArcView Market Research. It’s understandable, then, that cannabis cookies are seen by many industry insiders as one of the most potentially lucrative edibles out there. But that might not be a good thing.

Among cannabis skeptics (and even some advocates), fears about the appeal of cannabis cookies to underage users have been growing for years. In 2014, USA Today ran a story about a 19-year old man who leapt off a hotel balcony in Denver after eating a cannabis cookie, suffering fatal injuries as a result. While it might be tempting to dismiss this story as an isolated incident or simply an attempt by the national media to bring the “cannabis makes you crazy” myth back to life, the reality is more complex.

“I’m going to say something that people in the [cannabis] industry aren’t going to be happy about,” as Michael Gorenstein, president of a cannabis growing operation, told the Ottawa Citizen, “but I think edibles are probably the riskiest area of the cannabis industry.”

The data seems to back him up — after Colorado legalized recreational cannabis, for example, hospitals in the state reported a spike in emergency room visits for cannabis-related reasons, which physicians attributed largely to edibles. Perhaps most worryingly, a study from the Children’s Hospital Colorado showed that young children were being admitted to the ER in greater numbers after consuming edibles. Unlike other forms of edibles such as THC gummies that are often (but not always) marked in a way that differentiates them from non-infused versions, cookies that contain cannabis are nearly impossible to distinguish from “normal” ones. Considering the well-known fondness of children for cookies, this presents significant safety issues, especially as cannabis use becomes more widespread among parents and caregivers.

However, being too appealing to children isn’t the only problem with cannabis cookies.

In 2018, the Los Angeles Times published a roundup of the state’s most popular cannabis edibles. The second item on the list was the Chipster Cookie, a vegan chocolate chip cookie featuring cranberries, sea salt, and 10 mg of THC per cookie — roughly the same amount as an average joint.

While this might seem innocuous, the cookies in question came in a pack of ten, and as many people know from personal experience, eating just a single cookie (of any variety) can require superhuman self-control. And since edibles take longer to kick in than other forms of cannabis, many inexperienced users have made the mistake of thinking “nothing’s happening” after eating a single cookie, only to find themselves in severe discomfort several hours later.

In other cases, even eating just one cookie could be enough to cause debilitating effects, especially for those new to cannabis. For example, the Venice Cookie Company (VCC) offers a chocolate-peanut butter-banana cookie known as The Elvis that contains 1000 mg of THC in a single cookie, far above the tolerance level of all but the most experienced users.

But what about cannabis cookies that don’t contain THC? While CBD-only edibles have also grown increasingly popular in recent years, they tend to suffer from the opposite problem: oftentimes they don’t contain enough of the titular ingredient to have the effect that users seek. Many researchers suggest that around 300 mg of CBD is necessary to reduce anxiety (one of the most commonly-cited reasons for using CBD), but finding cookies with such a high concentration is rare — even VCC’s most CBD-rich product, known as the Zinger, has only 100 mg.

Despite their drawbacks, cannabis cookies can serve a useful purpose for people with medical issues or those who prefer to avoid smoking. However, they should always be consumed in moderation and kept out of the reach of children. And if you find yourself tempted to reach for another, give it a second thought.