The 5 Most Important Facts About Cannabis Edibles 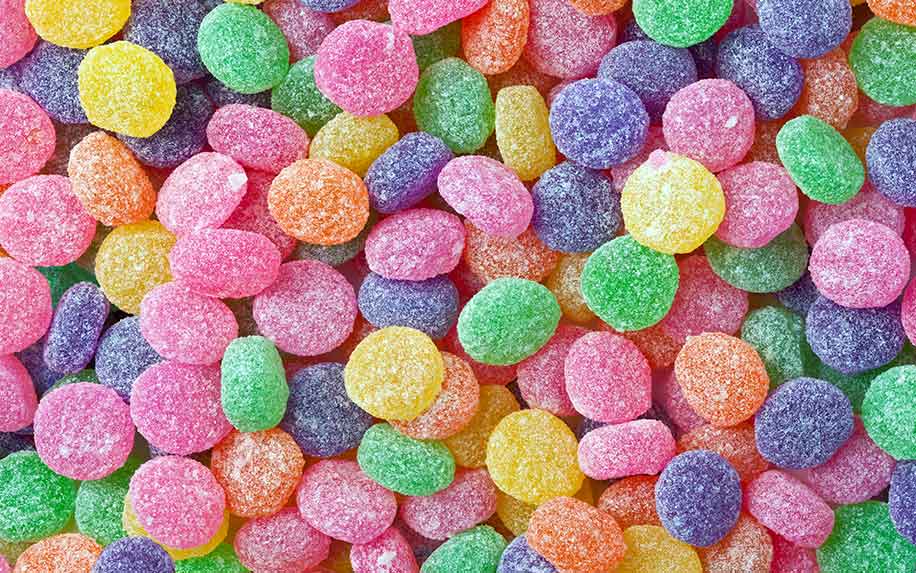 Cannabis edibles are accessible for both medical and recreational purposes, but knowing the facts about both are needed. Image Credit: By Phil McDonald on Shutterstock

You know something is officially mainstream when Martha Stewart starts promoting it, and her recent foray into the world of cannabis edibles is the perfect example.

Stewart is teaming up with the global cannabis industry leader, Canopy Growth Corporation, to advise them as they develop a new line of cannabis edibles. While she’s focusing on CBD pet treats for the time being, experts predict that it won’t be long before she’s whipping up recipes for humans food as well. She’s just in time, too — CBD-infused foods and drinks are predicted to be one of the top gastronomic trends for 2019.

While CBD sweets in particular have attracted a great deal of media buzz (and government crackdowns), cannabis edibles in general have become more popular than ever. As the image of the “typical cannabis user” continues to broaden and diversify, new products are constantly being developed to cater to the tastes and preferences of people who want the medical or recreational benefits of cannabis without the smoke. It’s easy to see the appeal, in theory: just take a bite of a brownie or pop a few gummy bears, sit back, and feel your pain and stress slip away.

All signs indicate that cannabis edibles are here to stay — here’s what you should know about them.

What Are Cannabis Edibles?

This is the first question that comes to most people’s minds when they learn about cannabis edibles. The answer is a simple one: they’re food products that have been made using cannabis or, more commonly, cannabis oil.

But what do we mean by cannabis oil?

Cannabis oils are oils that have been extracted from plants in the cannabis sativa family, including marijuana and hemp. The most commonly known variety is cannabidiol, or CBD oil. You’ve probably heard all about the miraculous medicinal qualities of CBD oil recently, and while it’s not advisable to believe everything that you hear about it, a non-zero number of these claims are true. For example, studies have shown that CBD oil is effective for anti-aging purposes, the relief of chronic lower back pain, and promoting sleep.

Another common cannabis oil that’s being used in edibles is hemp oil. Notably, this isn’t the same thing as CBD oil (although many people think it is). There are different kinds of hemp oil, and while some contain CBD, many don’t — like hemp seed oil, which won’t take the edge off your anxiety or boost your mental health no matter how many unscrupulous marketers claim otherwise.

However, this doesn’t mean that hemp oil is completely without its own merits. Studies have shown it’s rich in fatty acids and essential oils, which have earned it something of a reputation as a superfood in recent years. Long before CBD exploded onto the market, health food stores sold hemp oil supplements to customers looking for a nutritional boost.

Apart from the aforementioned cannabis derivatives, cannabis edibles also contain many of the typical ingredients (sugar, chocolate, etc.) that we enjoy on a day to day basis, and the range of edibles is growing rapidly. Far from the traditional “special brownies” that we’re all familiar with, edibles today are sophisticated and exciting, including everything from CBD jelly beans to cannabis-infused pizzas.

The 5 Most Interesting Facts About Edibles

They Take Time To Kick In

Depending on what you’re eating, the effects of edibles can take anything between thirty minutes to two hours to kick in. There is a lot of debate around what factors contribute to this. Some believe that different strains can kick in faster than others. There’s also evidence that consuming an edible on an empty stomach, or eating soon after having an edible can help to speed up the effects. The facts are that it’s an inexact science and you never really know until you try. That’s why experts recommend that you “start low and go slow” when it comes to dosing — and if you feel like “it’s not doing anything,” give it fifteen minutes or so.

They’re Legal, But Also Kind of Not

Even in states where cannabis has been legalized, cannabis edibles exist in a confusing grey area of the law. This came to light when department officials began to confiscate cannabis edibles from eateries in a number of locations across the U.S., since even though cannabis is legal, it is not an approved food additive.

Don’t worry — people who use cannabis edibles won’t be arrested for enjoying them (assuming all of the usual caveats, like being in a state where cannabis and/or CBD is legal). But it does threaten the success of small businesses and the livelihoods of their owners and employees.

Some Will Cause a High, But Not Others

Have you heard the news? CBD doesn’t cause a high! The psychoactive effects of cannabis are caused by a chemical called tetrahydrocannabinol (or THC for short), so only edibles that contain it will cause that effect. In the vast majority of cases, these products are clearly marked with a label or stamp that says “contains THC.” A favorite of medical cannabis patients, they’re often associated with euphoria, body highs, and other intense effects.

Some people will be disappointed to learn that THC edibles are illegal in states where recreational and medical cannabis are still prohibited (though the number of these is rapidly shrinking).

Hollywood is Here For Them

If A-listers aren’t doing it in droves, does it even count as a trend? Unsurprisingly, this isn’t something that cannabis edible manufacturers need to worry about. The glitterati of Hollywood are firmly on board with this particular trend, with big names like Busy Phillips, Olivia Wilde, Emma Stone, and Rihanna sharing their love of cannabis goodies.

The legalization of cannabis (both medical and recreational) and CBD (thanks to the Farm Bill) has led to a rapid surge in cannabis and cannabis products on the market. Unfortunately, regulation hasn’t had time to catch up and right now there is little-to-no regulation of cannabis edibles.

This means that unless you’re buying from a conscientious retailer who prides themselves on educating and informing customers, it’s next to impossible to know if the edible you’re buying contains quality ingredients or not. This is a major problem in the CBD industry as a whole, and it’s something consumers of cannabis edibles should be aware of.