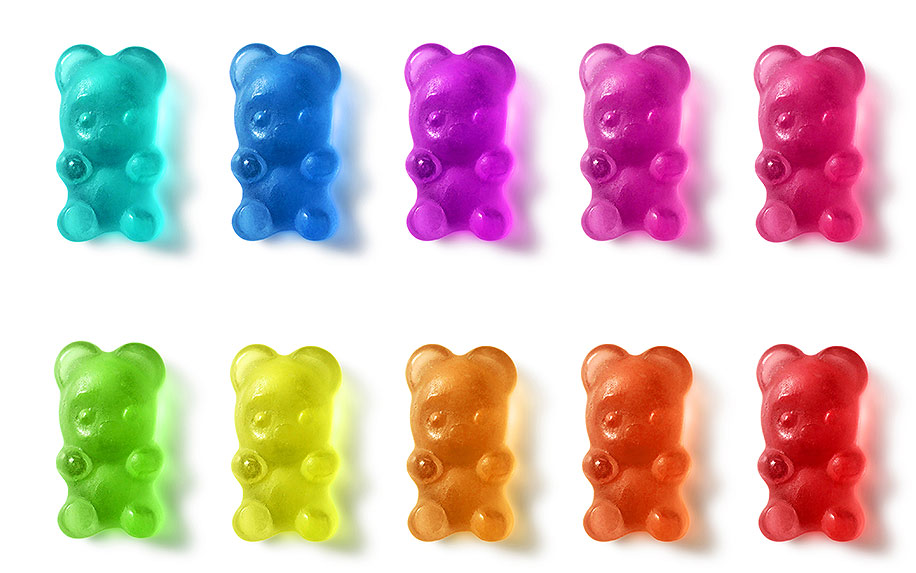 THC gummy bears are wildly popular among those who consume legal cannabis. Image Credit: By Surasak Klinmontha on shutterstock.

Search around the internet for information on marijuana-infused gummy bears, and you’ll be treated to some peak Reefer Madness-esque hysteria.

Most reporting on the subject focuses on the child-friendly nature of the cannabis gummy, highlighting lawmakers’ worst-fear scenarios, which tend to involve kids accidentally ingesting these appealing edibles. In Florida in 2018, a 12-year-old handed out gummy bears with THC in them to his middle-school classmates, sending five to the hospital with symptoms like stomach pain, dizziness, and nausea, and prompting a Fox & Friends TV show segment to claim (without evidence) that THC gummies are “ruining families and killing people every day across the United States.”

Around Halloween time, cannabis-infused gummy candies have become the new apple-with-a-razor-blade bogeyman, generating warnings in both the media and from government sources, warning about a danger that’s never been substantiated by so much as one actual case.

And of course, there are news reports of the packaging and labeling restrictions that lawmakers and regulators in some states have put on the more appealingly-shaped gummies. In California you can’t call them “candy” — those with a sweet tooth have to check the packaging to ensure their gummies have the requisite sugar. And in both that state and Colorado, the cannabis industry is prohibited from making gummies in the shape of “humans, animals, or fruit.” Washington state is taking their restrictions a step further, limiting both the shapes and colors that gummies can take, requiring THC gummy manufacturers to select from a Pantone-type guide of unstimulating approved colors.

On the other side of things are the growing number of consumers who value THC gummies for non-child-endangering reasons. Some like their modest 5–10 mg portions of THC, others use them for medical marijuana applications, and others seem to be principally motivated by nostalgia for the candies of their youth.

While the numbers for THC gummies are hard to pin down, a look at the CBD gummy market should be instructive. Green Entrepreneur put the growth of the CBD gummy market at 925 percent for 2018, with no signs of slowing down. A number of industry experts have connected the THC and CBD gummy trends, which makes sense when considering the evolution of THC’s medical applications, and the growing recognition that this oft-maligned cannabinoid is good for more than just getting high.

THC gummy bears are incredibly popular — in fact, some might argue that they’re too appealing for their own good. They’ve been banned in places like Colorado and Washington, and it’s widely assumed that Canada will pass similar restrictions when announcing its national policy on cannabis edibles later this year.

Here are a few other interesting facts about THC gummy bears: