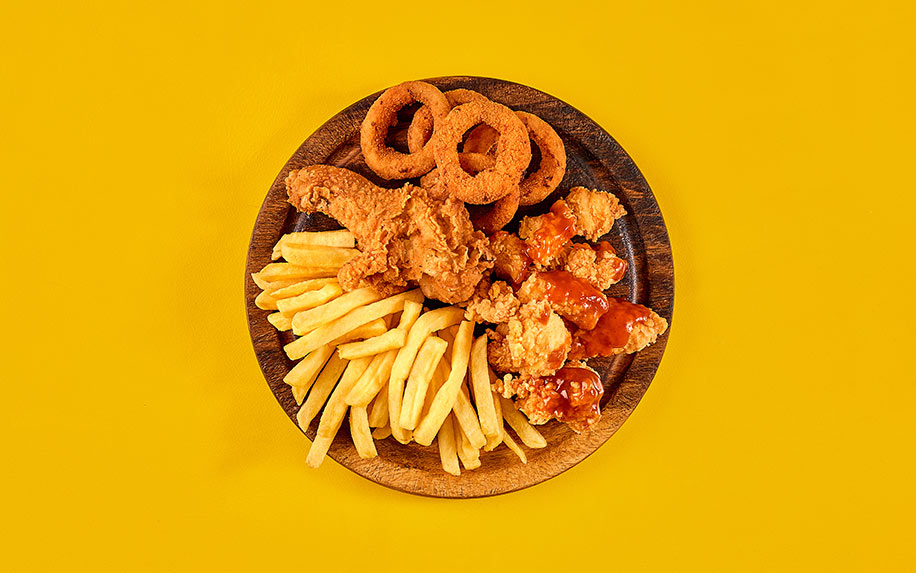 Fatty foods may increase the efficacy of CBD. Image Credit: By nazarovsergey on shutterstock.

Although a CBD-derived drug was approved by the Food and Drug Administration (FDA) in 2018 to treat epileptic seizures, up until now researchers have been puzzled by a key dosing question: How can epileptics (or anyone else, for that matter) keep a consistent amount of the cannabinoid in their system for all-day relief? According to a recent study, the answer might be … eating a big, greasy meal before you take CBD.

This finding comes courtesy of researchers from the University of Minnesota. In the August 2019 edition of the medical journal Epilepsia, the team published a study that examined the impact of fasting (or not fasting) on CBD’s bioavailability. A group of adult patients from the MINCEP Epilepsy Care Clinic were given 99 percent pure CBD capsules — half the group was asked to fast before taking them, while the other half was instructed to eat a high-fat breakfast burrito (between 840-860 calories). The second group was able to absorb four times more CBD, and blood tests showed their maximum level of CBD in the bloodstream was 14 times higher than the first group.

The study could have big implications for people with epilepsy and other conditions that require round-the-clock management. “For epilepsy patients, a goal is to maintain consistent blood concentrations of [the] drug,” Prof. Angela Birnbaum, the study’s co-author, told Science Mag .“This study shows that CBD concentrations could vary significantly if patients take it differently, sometimes with or without food. Variations in blood concentrations could leave a patient more susceptible to seizures.”

However, before you run out to raid the frozen foods aisle at your local grocery store, it’s worth keeping in mind that simply eating a meal that looks “unhealthy” probably won’t turn your CBD into a superdrug — there’s still a certain amount of math involved, and having a rough idea of the meal’s total calorie count is essential to getting the most out of your CBD.

As Birnbaum told Healthline, “The type of food can make a large difference in the amount of CBD that gets absorbed into the body. Although fatty foods can increase the absorption of CBD, it can also increase the variability as not all meals contain the same amount of fat.”

The team’s findings were in line with those of previous studies, such as a 2016 paper in the American Journal of Translational Research that found taking fatty foods beforehand “has the potential to substantially increase the exposure to orally administered cannabis and cannabis-based medicines.”

What This Means for the World of CBD

Based on the study’s findings, taking your CBD with fatty foods might have medical benefits — and it also might have financial ones. The study’s co-author, Ilo Leppik, told Science Daily that, “Increases in the amount of the CBD dose being absorbed into the body can also lead to lower medication costs.”

The study could also have an impact on the delivery methods people use to consume CBD. Until now, CBD’s bioavailability (the amount of the cannabinoid that the body can absorb and process) via oral administration has been a major challenge for makers of capsules and edibles. As NYU professor Esther Blessing told Vox, “[Ingested] CBD has a very low bioavailability, something between 6 and 15 percent, which varies between people.” While it’s unlikely that your next bottle of softgels will be accompanied by a bag of cheeseburgers, the information from the Minnesota researchers could help companies devise better dosing instructions for their products, making them more effective and thus more desirable.

While this is a positive development for the makers of CBD capsules, tinctures, and other oil-based products, it likely comes as unwelcome news for the brands behind CBD sodas, lemonades, and infused beverages in general. They’ve long been plagued by a seemingly unavoidable problem — CBD doesn’t dissolve in water, so the body can’t absorb and process it — and efforts to solve it, like adding more chemical binding agents, have yielded unsatisfactory results so far.

So for now, it looks like the best way to get the most from your medicine might be to have your cake and eat CBD, too.