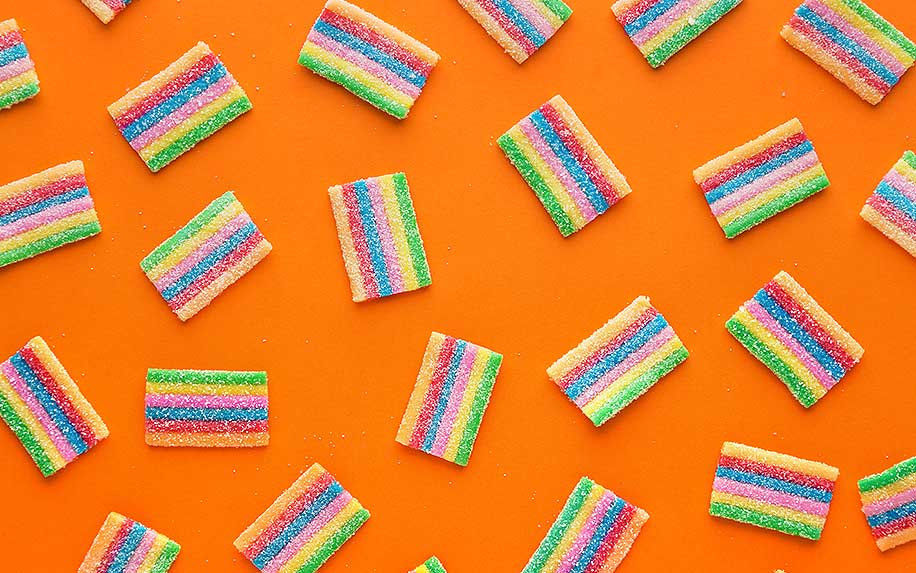 THC edibles have caused a number of public incidents. Image Credit: By virtu studio on shutterstock.

Non-psychoactive cannabidiol (CBD) might get the lion’s share of media attention these days, but CBD products aren’t the only cannabis-derived items in high demand. THC-infused edibles have also become widely popular — but getting your hands on them can be a bit of a challenge.

From a market size of $650 million in 2014 to $2.3 billion in 2018, marijuana edibles have been projected to command as much as $4.1 billion by 2022, according to a report from BDS Analytics and Arcview Market Research.

However, edibles containing THC have already caused a number of public incidents (for example, three people were recently found semi-conscious in a Martha’s Vineyard restaurant after consuming unusually potent edibles). As a result, even in states where recreational cannabis is legal, lawmakers have tried to restrict access to items like animal- and fruit-shaped edible products and THC-infused alcoholic drinks.

These restrictions haven’t stopped the 2.4 million people who Google words like “marijuana,” “cannabis,” “weed” and “pot” in combination with the terms “buy,” “shop” or “order,” according to a study published in the American Journal of Preventive Medicine. Study author John W. Ayers echoed critics of cannabis reform in saying, “Anyone, including teenagers, can search for and buy marijuana from their smartphone regardless of what state they live in.”

The reality is somewhat less hysteria-inducing. The top results of the Google search “can you order thc edibles online” turns up four how-to listicles on ordering edibles online, two Canadian sites selling THC-infused edibles despite a nationwide prohibition on the format, one site trying to convince visitors to buy CBD edibles instead to counter their chronic pain, two legitimate Los Angeles-based dispensaries that only deliver in-state, and one site that only takes Bitcoin and seems to be of the type that all the listicles warn you to stay away from.

The dispensaries are the recommended route to take, as they’re the only legal way to buy THC edibles. In states where recreational cannabis is legal, many people seem to be doing so — in Colorado, 64 percent of legal cannabis consumers had tried an edible; in California, 55 percent, according to state records. It’s not hard to see why: edibles present a convenient way for medical marijuana users to self-administer cannabis, and they’re becoming mainstream among other segments of the user base.

“Smoking has fallen out of favor here in California: We’ve slashed the smoking rates in California by 90 percent in some age groups… With that context, edibles seem like a really good entry point into cannabis.”

How to Order THC Edibles Online

For the sake of completeness, there are two other types of purveyors you’ll encounter on a search — sellers of non-specific cannabis edibles which don’t list much info, either to trick law enforcement or their customers, and black market sites.

Aside from an unpredictable product, ordering illegal cannabis edibles through the mail isn’t quite as risk-free as some claim. Nearly 10,000 cannabis packages were intercepted by authorities in 2017, and recent years have seen further spikes in states like Colorado and Massachusetts, according to local reports.

Constraining the discussion to legal options leaves us with licensed dispensaries and internet services like Eaze.com and Bud.com that work with them; in all cases, delivery is restricted to the state that corresponds with the dispensary’s license. Services in states where only medical cannabis is legal will usually require an in-state medical marijuana card — with some services advertising 30-minute online consultations to help with this. In states where recreational cannabis is legal, buyers must only prove their age.

In the U.S., delivery orders must be paid in cash or through a bank-linked service like PayPal or PayQwick. Though some claim to accept credit cards they usually mean only debit, as the major credit card networks do not allow merchants to use their cards for cannabis purchases — they do not even have a merchant code for such purposes — and will shut down any account they find out of compliance. In Canada, the standard for payment is the Interac debit card.

As the need for ever-more-delicious THC chocolate bars grows, more legitimate services are finding their way around these restrictions. In Michigan, where cannabis gifting is now legal (though selling it isn’t) a company called Blaze Michigan has resorted to selling books that come with free cannabis gifts, sporting names like the “Brownie Edible Book Bundle.”

“You’re buying gifts, and then the gift is unknown. We try to hint at what the gift is going to be by how we name our book bundles,” Blaze Michigan owner Stephanie Swearengin told local TV station WSBT 22.