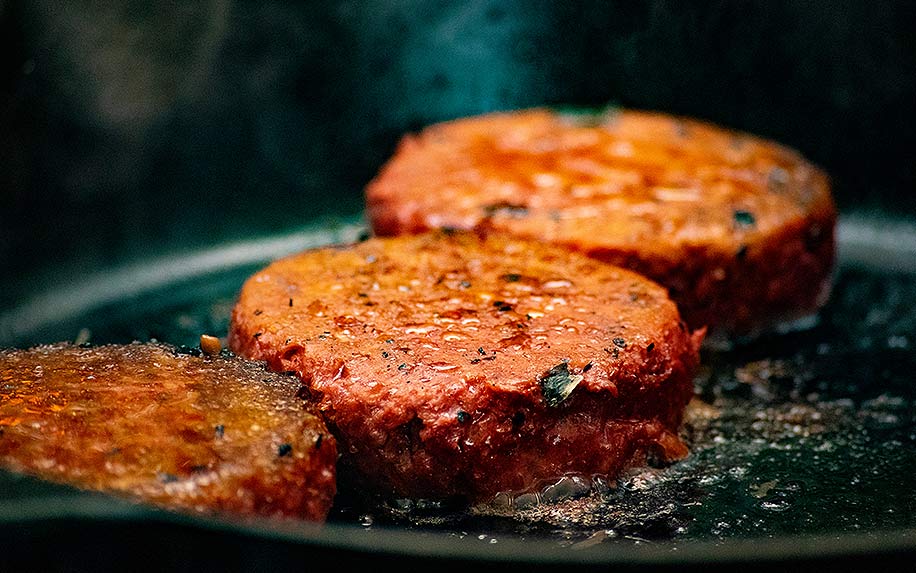 Hamburgers are the quintessential American food. The average U.S. citizen eats around 800 of them per year, according to estimates from the U.S. Department of Agriculture (USDA). But while traditional beef burgers remain popular, a trend toward plant-based proteins has gained steam in recent years. In 2018, fast food restaurants sold 228 million non-meat burgers, according to market researchers at NPD Group. Made from soy, black beans, or other vegetarian-friendly foods, they might soon also include another plant-based ingredient: cannabidiol (CBD).

The first meatless CBD burgers to hit menus will be offered by the West Coast Venture Group (WCVG), owners of the Illegal Burger restaurant chain in Colorado. They’re partnering with North American Cannabis Holdings (which also owns a cannabis-themed restaurant chain) and Kali-Extracts, owners of a patented cannabis extraction process.

WCVG is betting that their new burgers will meet the growing consumer demand for plant-based proteins, which were worth $4.6 billion in 2018 according to investment firm UBS — as well as the demand for new types of CBD edibles, which are expected to be worth up to $4.1 billion by 2022, according to Arcview Market Research.

They’re not the only ones to spot the potential of these two trends. Meatless burgers from Beyond Meat and Impossible Foods have proven to be enormously popular with consumers. As CNN reported, demand for Impossible Burgers has grown so great that there’s currently a nationwide shortage. Seeing this success, major players like Tyson and Nestle have announced plans to release meat-free burgers of their own. And when Carl’s, Jr. (which is one of many fast food chains to offer Beyond Burgers on its menu) released a special CBD-infused burger to celebrate 4/20 this year, it sold out in a matter of hours.

It was perhaps only a matter of time before the craze for CBD intersected with the demand for meatless burgers — but there are still some kinks to work out before they go mainstream.

The Challenges of Making a Meatless CBD Burger

When you think of health foods, burgers aren’t the first thing that come to mind, but CBD — which has been shown to have anti-inflammatory, anti-anxiety, and other positive health benefits in limited human studies — might bring something new to the table. Still, like any meatless burger, CBD-infused ones have a lot of challenges to overcome, along with a few CBD-specific ones of their own.

First and foremost is taste. Though the burgers offered by Impossible and Beyond can be pretty convincing, getting the plant-based burgers right so that carnivores actually prefer meatless burgers is tough — as one reviewer for Engadget said, “As a meat eater, I would not crave Impossible meat.”

There’s also the matter of scale. Plant-based alternatives to meat simply aren’t being produced in great enough quantities to meet demand. Right now, according to Vox, meatless meat “only makes up 1 percent of the product volume meat does.”

When you add CBD to these burgers, it further complicates things. Since the substance is not yet regulated by the Food and Drug Administration (FDA), it’s technically illegal to add it to food products. While this has largely been ignored in many places across the country, the tide is beginning to turn. New York City recently cracked down on CBD edibles, and Ben & Jerry’s has delayed its plans to release a CBD ice cream until the rules are clarified.

Finally, there’s the matter of getting the CBD into the burgers — without compromising the quality of either. As Elaine Yu, CEO of Layn, a natural ingredients company, told FoodIngredientsFirst, “Even though this market seems crowded, not very many of these players come from [the food] industry – many are ‘outsiders’ like farmers or extraction equipment manufacturers.”

Still, considering the growing demand for both CBD and meat alternatives, there’s a good chance you might find infused meatless burgers on the menu of your favorite restaurant before long.