It’s (CBD-Infused) Tea Time, and People Are Quite Excited About This 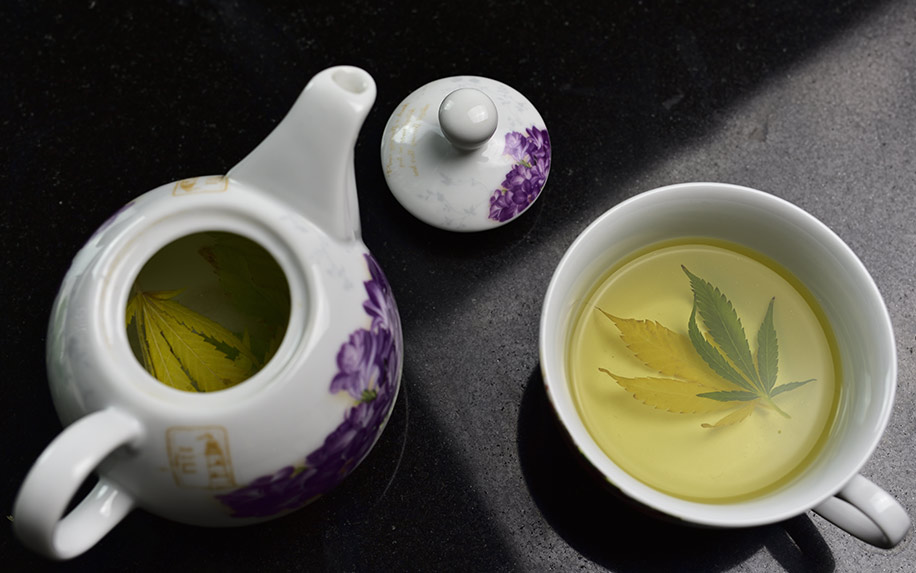 CBD infused tea is the way forward compared to CBD coffee, but will we all like it?Image Credit: By PopFoto on Shutterstock

Tea drinkers of the world, unite! Although CBD-infused coffee has been capturing a lot of media buzz lately, there’s also been some good news for fans of the world’s other hot beverage who’d like to incorporate CBD into their daily regimen.

CBD tea is rising on the back of an overall wellness trend in the tea world, which has seen the tea establishment supplementing tea’s already formidable antioxidant repertoire with herbal medicines said to boost immunity, focus, calm and other pleasant mental states. CBD, with its growing reputation as a wonder-herb, seems like a natural fit.

If we’re comparing trends, CBD tea has one major advantage over CBD coffee — it contains less caffeine. CBD tea is either made from infusing CBD oil into an herbal or green tea, or brewing hemp tea. The resultant effect isn’t a balancing act between caffeine’s energy and CBD’s calming qualities, but rather one that leans into what CBD does best.

Where CBD coffees seek to mask the taste of CBD, many CBD tea makers craft their blends to complement CBD’s natural flavor. This is purely a matter of personal preference, though it’s an important one for people who aren’t fond of the taste of CBD products.

On the other hand, if you’re really looking to embrace the taste of CBD, many CBD teas aren’t infused at all: they’re straight hemp teas. This lends them an earthy taste — and one that’s rich in antioxidants.

It’s Calmness In a Cup

It isn’t just tea’s medicinal effects that produce the calm beloved by many long-time tea drinkers — as a 2009 study found, the very act of making tea lowers people’s stress levels (although the study participants were British, for what it’s worth).

As it happens, anxiety relief is one of CBD’s most-sought attributes. So it would seem that these two could make a potent match.

According to CBD tea drinkers, the effect is noticeable. “The best way I can describe the noticeable difference in this area,” wrote one in Mind Body Green, “is that it diffuses that knotted nervous feeling in my gut.”

It Works At Night, Too

It’s common for wellness teas to be taken at night — and for many CBD users, sleep quality is one of the main benefits desired. Studies have show that CBD can help people sleep better in a number of ways, such as by reducing insomnia, promoting consistent sleep-wake patterns, and preventing disturbances to one’s REM cycle.

These benefits have not gone unnoticed by the tea industry. Miriam Novalle, founder of the CBD tea maker High Tea, is among a growing number of tea entrepreneurs who are integrating CBD into “nighttime blends” that are intended to combat insomnia and promote deep, restful sleep.

Apparently, there’s something to this idea. After trying Novalle’s Good Night Irene blend, one woman said, “I haven’t slept in five years. This is the first time that I have slept.”

It Fits In With People’s Lifestyles

In the end, CBD tea seems most appealing for the way it smoothly integrates CBD use into a pre-existing ritual. For a coffee shop owner in Arkansas who recently started selling CBD-infused teas, this realization came from an unlikely source.

When asked why he decided to offer the new line of teas, he cited “the fact that my grandma started using it. My grandma is a very conservative, stern-minded person, she doesn’t really give into ideas unless she’s truly convicted, truly believes in it.” Apparently, it didn’t take long for her to become convinced of the benefits of CBD-infused tea. “When my grandma said she was buying CBD oil from the internet, which is quite the task for her, I was like … there must be something to this.”

It certainly seems that way at the moment. And If present trends continue, it’s likely that soon she won’t be the only person in the neighborhood brewing up a cup of CBD-infused goodness before bedtime.