Is CBD Lemonade Worth Trying? 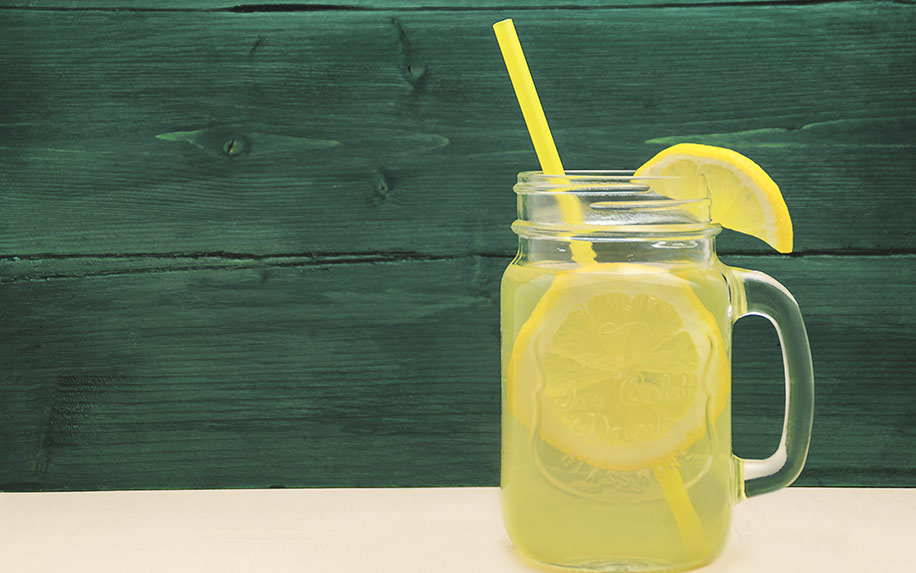 CBD lemonade is here — but you’ll have to do some hunting to find it. Image Credit: By Natali Samorod on shutterstock.

As summer heat waves sweep the country, people are reaching for the nearest cold beverage to get relief — and in many cases, those beverages are infused with CBD. Though they’re technically illegal (a longstanding federal rule that some places, like New York, are finally starting to enforce), this hasn’t put a damper on their popularity. CBD kombucha, cold brew coffee, and even sports drinks are just a few of the many infused options currently available. For the true summer beverage aficionado, though, CBD lemonade might be the most intriguing option.

However, you’ll have to do some hunting to find it. There appear to be only two brands of any significant size that make CBD lemonade at the moment. One of them is called Honeydrop, which makes a line of three infused lemonades in partnership with EVO Hemp. These include Relax (a traditional lemonade), Revive (a matcha-flavored variety), and Rehab (which is made with turmeric and black pepper), each of which sell for $5.99.

Right now, the availability of these drinks is limited to a handful of grocery stores in Los Angeles and the New York tri-state area (unlike Honeydrop’s non-infused lemonades, they’re not available through the company’s website). However, the brand’s products have recently been tagged in Instagram photos from a number of shops in Massachusetts, so an expansion may be coming in the near future.

CBDfx is the only other national brand to offer an infused lemonade, and while their products are available online — with no apparent restrictions on shipping — they’re also more limited. The brand offers a single drink, called the Lemonade Chill Shot that comes with 20 mg of full spectrum hemp-derived CBD. It’s only two ounces, which makes it less of a sippable beverage and more of a quick lemonade-flavored shot of CBD. Like many CBD products, it’s a bit pricey — a single serving costs $6.99, though there’s a discount for bulk purchases (a 12-pack will set you back $54, which comes out to $4.50 each).

The Pros and Cons of CBD-Infused Lemonade

Aside from the pre-bottled varieties, there’s always the DIY option (though this can be trickier than just squeezing a few drops of CBD oil into your pitcher of lemonade, since CBD-infused beverages require high-tech manufacturing processes to be effective). But since homemade varieties can vary so greatly depending on both the CBD oil and the lemonade used, we’ll limit this discussion of pros and cons to the stuff you can buy at the store.

For starters, lemonade’s combination of strong sweet and sour flavors makes it an ideal option for masking the flavor of CBD, which can be a bit much for the taste buds, especially for novice users. Typically described as “earthy,” “grassy,” or “nutty,” CBD can overpower milder beverages, but in lemonade it’s much less detectable.

Another mark in CBD lemonade’s favor (at least the varieties currently offered) is that it’s made with quality ingredients and subjected to rigorous testing. Both Honeydrop and CBDfx use full spectrum CBD oil in their lemonades instead of less-effective CBD isolates, and both product lines are made with organic plants. Honeydrop’s lemonades are a particularly appealing option for the health-conscious — they’re sweetened with raw honey and contain only four grams of sugar.

Both makers of CBD lemonade are also transparent about third-party laboratory testing — CBDfx offers a full PDF lab report on their product page, while Honeydrop’s partner EVO Hemp (a U.S.-based manufacturer with an extensive line of hemp and CBD products) has a publicly available database that shows the test results for every batch of CBD extract that passes through their facilities.

When it comes to downsides, bioavailability (the amount of CBD that can be processed and absorbed by the body) is a major concern. Compared with sublingual strips or vape oils, drinking CBD is much less efficient — according to a 2009 study in the journal Chemical Biodiversity, as little as 4 percent of CBD is absorbed when taken orally. This is because the oil is hydrophobic, meaning it doesn’t dissolve well in water, which leaves the CBD molecules too large to be absorbed into the bloodstream. As a result, you might be paying $5.99 or more for less than a single milligram of CBD.

However, the biggest issue with CBD lemonade is simply its limited availability. Honeydrop hasn’t officially announced any plans for national expansion, while CBDfx hasn’t given any indication it will be expanding its offerings in the near future. And until the FDA loosens the restrictions on CBD-infused edibles, other brands might be hesitant to join the fray.