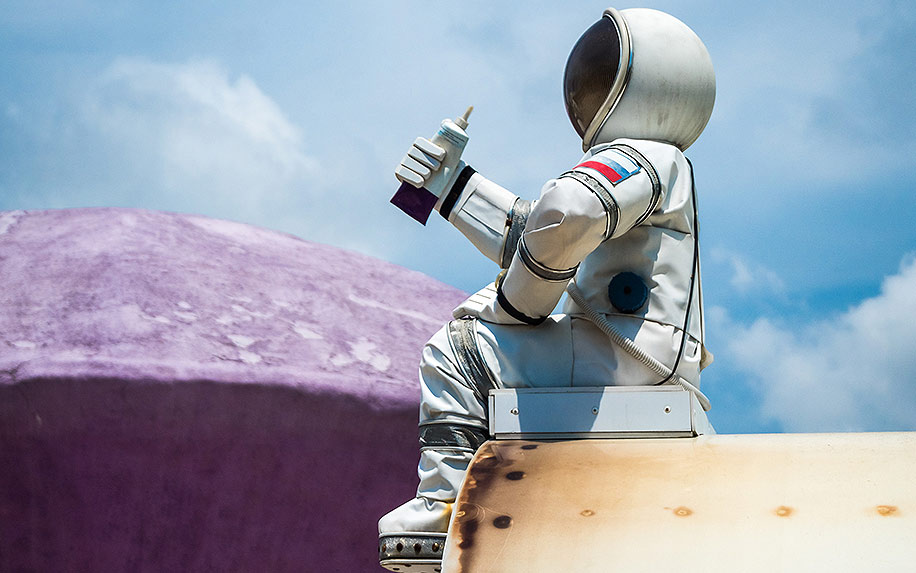 The newly-rebranded Cannabis Space Food Sticks launched in late July 2019 on the 50th anniversary of the Apollo 11 moon landing.Image Credit: By 3d_and_photo on shutterstock.

Back in the late 1960s, a team of “food technologists” at Pillsbury invented a treat that was, for its time, truly out of this world. Known as Space Food Sticks, these forebears of the modern energy bar became wildly popular in the 1970s before disappearing from store shelves a decade later. Now they’re back with a brand new addition: a heaping dose of cannabis.

It was, as Lefcowitz told Newsday, “One giant leap for man’s mind.”

Although eating the same food that astronauts eat has lost most of its luster since the Space Age’s heyday — with apologies to Tang and freeze-dried ice cream — there still seems to be a market for these particular treats. When Lefcowitz first started making them again in the early 2000s (minus the cannabis), his website was swamped by a deluge of requests, and the products were eventually sold at major tourist attractions like the Kennedy Space Center, the Smithsonian Air and Space Museum, and the Adler Planetarium.

In 2016, he told VICE that he “[had been] approached by a very serious guy and the next incarnation of Space Food Sticks will be a marijuana product — it will be truly cosmic.”

As that “very serious guy” (B. Le Grande, co-owner of The Art of Edibles) said in a recent press release, “Cannabis is a serious and important business, but the element of whimsy shouldn’t be overlooked. With Space Food Sticks, we’ve captured that spirit of fun that’s been missing.”

When Pillsbury trademarked the original Space Food Sticks, their application described them as a “non-frozen balance energy snack in rod form containing nutritionally balanced amounts of carbohydrate, fat, and protein,” though it didn’t stipulate what exactly the company meant by “nutritionally balanced.”

In any case, that same mix has been recreated for the 21st century version of Space Food Sticks — as Lefcowitz told the food industry outlet Prepared Foods, he had a team of food scientists replicate the original recipe. There will be fewer options than before, sadly: While the original Space Food Sticks came in six different flavors, the new versions will only be available in chocolate and peanut butter.

Regardless of the flavor, the new Cannabis Space Food Sticks will pack a (surprisingly reasonable) punch of THC. Each bar will contain 5 mg of the intoxicating cannabinoid — which is on the low side for a cannabis edible, considering that the average joint contains about 60 times more THC. The sticks will also come with 0.2 of CBD, which is likely too low to have any noticeable impact.

Their flavors and THC content aren’t the only things about Cannabis Space Food Sticks that are limited — they’re also going to be remarkably difficult to find, at least for the time being. Right now they’re only available in a select number of California cannabis dispensaries, where they’ll cost between $6-7 for a single bar, though Lefcowitz told Newsday he hopes to expand distribution in the near future. And regardless of how it all works out, he’s still proud of what he’s accomplished so far.

“I’m laying claim to the fact that this is the first legacy American brand making the transformation from a supermarket product to a cannabis-dispensary product,” he said.

If his nostalgic gamble pays off, it might not be long before your favorite childhood snack gets an update for our brave new cannabis-friendly world. As Lefcowitz said in press release, “I like to dig up artifacts of popular culture, especially ones that make people cheery. These are a little booster rocket to brighten up your day.”