How Cannabis Is Changing the World of Wine 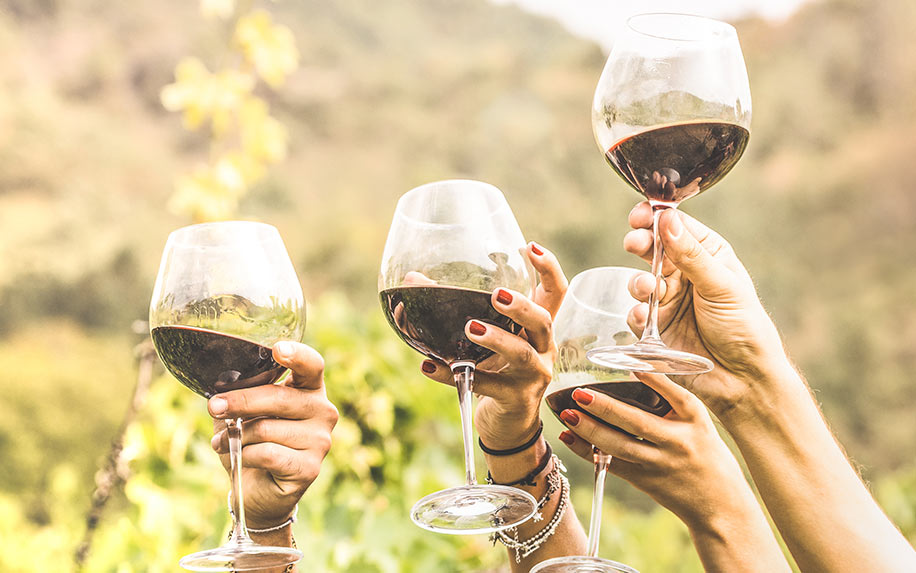 Some cannabis growers have looked to wine as they contemplate what they want their industry to become. Image Credit: By View Apart on shutterstock.

Americans already spend nearly as much on cannabis as they do on Taco Bell — and if current projections are any indication, that number is set to skyrocket even further in the years to come (some estimates suggest $60 billion is a realistic target). While that might be good news for investors, it’s making other sectors nervous — including the American wine industry, whose current market share is already in that ballpark. Now, leaders from both worlds trying to figure out how — or if — their two industries can coexist.

On August 8, 500 experts and stakeholders from the wine and cannabis industries congregated in Santa Rosa, California at the 3rd annual Wine and Weed Symposium. Throughout the day, speakers discussed the impact of cannabis tourism on the wine industry, cannabis and wine consumer crossover, wine’s lessons for cannabis, the impact of legal cannabis on wine sales, and alcohol companies’ investments in cannabis.

One of the most notable names in attendance was Jessica Lukas, BDS Analytics’s VP of Consumer Insights, who presented at the conference. Her company is one of the leading cannabis research firms in the US — and the author of the “CBD will be worth $20 billion in 2024” theory, landing them on the rosier end of market projections. The firm has also looked extensively at the linkage between wine and cannabis industries.

In an interview with the Wine Industry Advisor, Lukas urged patience. “Every dollar spent on cannabis doesn’t necessarily take away from alcohol,” she said. “If you think of the size of beverage alcohol versus the size of cannabis, cannabis is so small.”

At the same time, she sees an impact that the wine industry must plan for. “The growth of the cannabis penetration, education and de-stigmatization means that as cannabis gets bigger, that small impact on alcohol will also get bigger over time,” she said.

Lukas issued a similar call for attention at the previous iteration of Wine and Weed. In her 2018 talk, Lukas said that BDS’s findings show that 72 percent of cannabis consumers over the age of 21 also drink alcohol in legal jurisdictions throughout the U.S. and Canada. In 2019, the number dipped to 68 percent.

Can Wine and Cannabis Coexist?

Some cannabis growers have looked to wine as they contemplate what they want their industry to become. The concept of terroir — the complete natural environment in which wine is produced, which ties into the appellations given — has been discussed as a growth strategy that prizes quality over quantity.

But the current terroir the wine industry occupies has not always proved hospitable to cannabis. California’s Napa Valley — the country’s largest wine-growing region — has been a site of tension between wine makers and a cannabis industry looking to spread its roots. While almost two-thirds of the region supports legalized cannabis, local lawmakers have been reticent about giving cannabis growers approval to set up shop.

What it seems they fear the most is damage to Napa’s reputation. Wine consultant Karen MacNeil asks a rhetorical question about the standoff: “Do we think that Bordeaux would start planting cannabis? No. They’ve worked too hard to become the place they are.”

Looking at the 4 percent fall in alcohol consumption among cannabis users, it may seem like the antipathy is mutual. But back in January 2019 at the Unified Wine and Grape Symposium in Sacramento, California, BDS Analytics president and co-founder Liz Stahura gave a different perspective on the slide.

Her comments support the idea of mutually-exclusive but not incompatible markets. “When you think about that 30 percent [of cannabis users who abstain from alcohol],” she said, “the two largest groups are, first, young adults who are cash strapped,” and second, “a medically motivated group — folks looking to make health changes in their lives.”